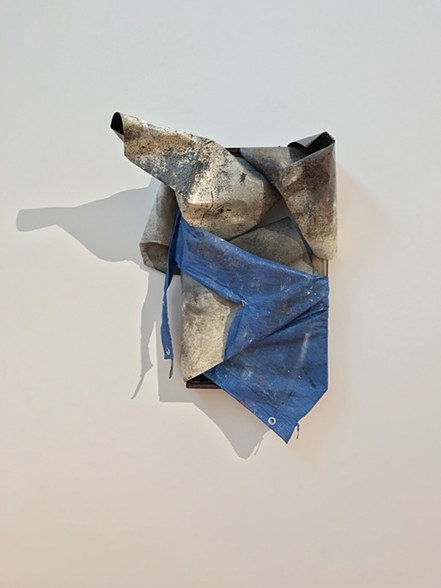 From time to time an artist introduces a new material or technique, typically embedding it in a network of traditional, dependable approaches. In The Availability of Secret Information, Marc T. Wise blows away such caution with a plethora of stunning innovations, each a thrill to the eye even as they collectively result in a range of foreboding windows, opening onto unfathomable vistas, that line the now cave-like gallery beneath the Bountiful Davis Art Center.

It’s not overstatement to say that modern materials are inimical to life. Take art supplies: for centuries, painters bound their media with eggs, the very symbol of creation and vitality. The van Eyck brothers had better results with linseed oil, which is pressed from flax seed and is known to reverse hair loss, lower blood pressure, and dry into a solid that lasts for centuries. In today’s paints, most of the components are synthetic, like latex, alkyds, and acrylic plastics. They’re not even safe, let alone healthy. Many are bituminous products, part of the broad spectrum of poisons that have flooded the earth since the twin monsters, organic chemistry and petroleum, were discovered in the 19th century. For Mark T. Wise, they’re part of a secret realm that can be suffered or exploited, given the absence or presence of correct information.

There are eight paintings and three sculptures here. Two of the latter are relatively easy to talk about: “respectable semblance” consists of two iron bars, each held up from one end by being placed in the opening of a cinder block placed on the floor. The other, “the availability of secret information,” includes a rope that hangs from a hook driven into the wall. They speak of support, but not the kind that loving people lend to each other. Their gentle curves and flexibility call gravity to mind, but in a brutal context. The paintings are harder to discuss, if only because so little feels initially familiar in them. It’s tempting to begin with the materials: polyethylene and rubber, charred plywood, and something called Louisiana Dirt, which turns out to be a real thing. Some of the supports (as in canvas) are so transparent it’s possible to make out the stretcher bars through them: is that also a real thing? 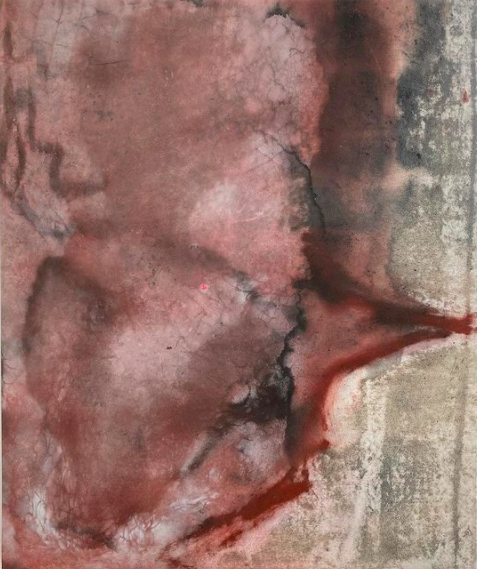 “the already of the not yet”

The test of music is the sound, and the test of painting is the visual and visceral pleasure of standing before it. In this, Wise delivers. Each image contains depth clues and scattered details that add up to a surprisingly coherent sensory impression. In “direct burial,” a luminous void in the upper part opens up an otherwise dark space, drawing the eye in while revealing a variety of textures: some streaks, some spots, some almost plant-like clusters. Built to find patterns in such chaos, the mind glimpses things — “wonderful things,” to quote Howard Carter on peering into King Tut’s tomb for the first time — and the analogy, suggested by the title, holds up. In “avulsion” — a sudden tearing away of a body part — light and dark reverse their roles, the dark fragments seem to float closer to the viewer than the variegated background. In “the already of the not yet,” a red area on the left seems translucent and glowing, while the mottled gray on the right becomes the area not yet reached.

These are art works that reward both viewing from a distance and getting up close, where their layers reveal themselves. In “a way for the unobliterable,” fragments like exploding aerial fireworks become passageways into the depths. Elsewhere, networks of lines connect clouds while strings of globules rise or fall together in clusters. These more organic shapes may represent life forms unknown and unseen until now. Other images are more geometric, like “situative imponderabilities” and an untitled panel at the top of the stairs, both of which play circles against straight lines in ways that reveal some new depth clues. And one work, neither pure painting nor pure sculpture, hints at how arbitrary that distinction has become. In these various residues, proof can be found that all being is but a temporary state of matter, on its way from participation in one illusion to taking part in another. 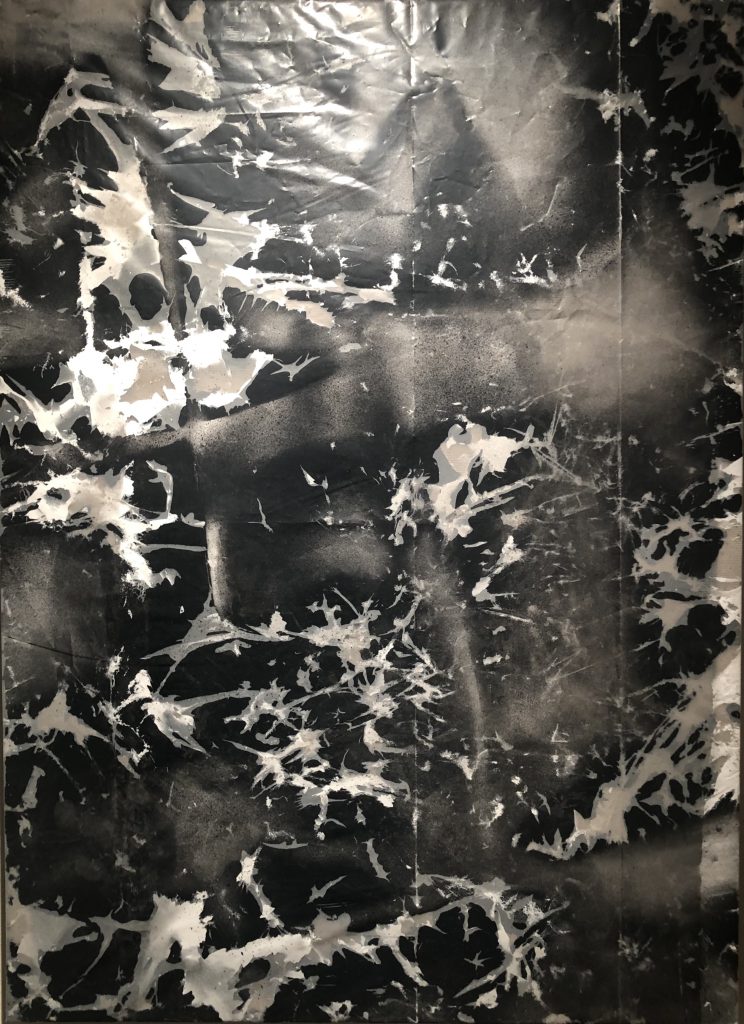 “a way for the unobliterable”