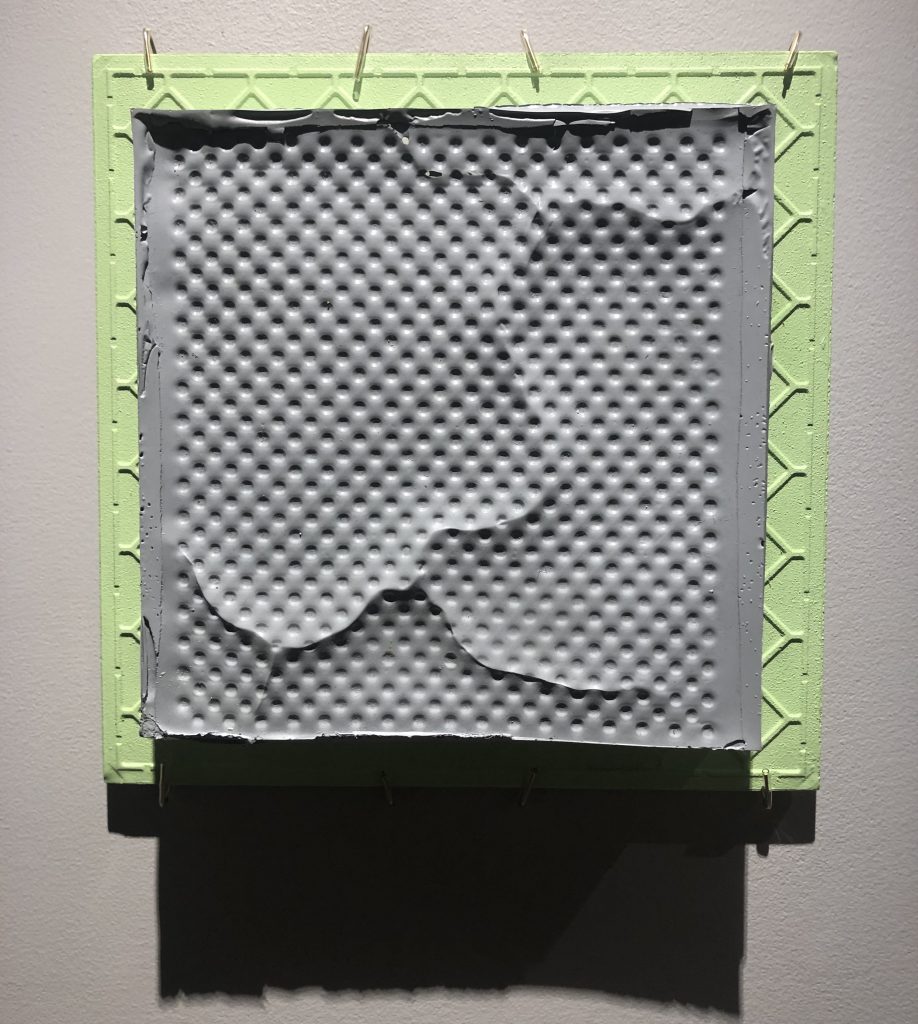 marc t. wise, “draft of a landscape (elvis outside of flagstaff)”

What would happen if an artist decided to practice her signature by writing it over and over again on a painting that didn’t work out, then forgot to destroy it? Would those signatures, with their aura of the artist’s presence, make up for the work’s rejection? How many copies of her name would it take? And what does it mean when the artist marc t. wise leaves indisputable evidence in Normal Operations, his current exhibition at Finch Lane, that the works therein all began with someone else’s discards?

According to the ancient Greeks, art was invented by Dibutates, the Maid of Corinth, who traced her lover’s shadow on a wall to produce a profile, which enabled her to remember him while he was away on a long trip. It’s a charming story that reminds us of what life was like for those long-ago Greeks: women, as they are everywhere, were brilliantly creative in using everyday items, like charcoal from the kitchen fire, while they stayed at home and men got to travel and have adventures. 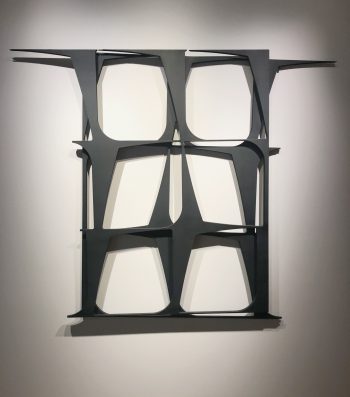 What the story means to say, however, is that art began as a way of remembering appearances; drawings were portraits of real things. That would suggest that abstractions, ornamental works that don’t represent appearances, but conjure pure meanings more directly, came much later … say, in the early 1900s. Yet the oldest works of art that have been identified were geometric abstractions, collections of lines and shapes carved on bones or stones that apparently became objects of powerful magic, which were carried about and probably buried with the men or women who wielded them.

So then marc t. wise may claim a kind of primacy for his sculptures, fabrications essentially made by recognizing the magical qualities that arise through accidents: what happened out of sight while their maker was focused on a practical task. In the purest examples, “how the darkness doubled” and “sky carcass,” all that was needed was a coat of enamel paint on the chaff left over from cutting out a dozen or so lozenge shapes from a sheet of plywood. Creative choices included the color of paint (gray in the former, blue in the latter), the number of scraps laminated together (two), and their orientation (horizontal, vertical). The titles are whimsical, but not arbitrary. It’s clear that in two layers of gray “the darkness doubled,” while the blue one produced a surprising resemblance to the profile of Anubis, the Egyptian god of all things related to death and the afterlife.

Both a simpler process and increased emotional involvement can be found across the gallery, in “miscut (mis-take),” where an unpainted sheet of plywood displays two candidates for the title role: a freeform router gouge and an oddly-placed, square hole. The apparently accidental, but aesthetically pleasing relation between these two qualify this as a work of minimal abstraction. Next to it, “the most unbelievable of sleeps” combines complex structure — though still not deliberate shapes — bricks, and cloud-like areas of black and green enamel to suggest the headboard of an absent bed. The title is as indeterminate as it is evocative, so each viewer should feel free to play with it. Ambiguity is key here; it begins with the arbitrary choice of what is functional and what is dross, and these works end up by elevating ambiguity to a new plateau, even in an era in love with uncertainty. 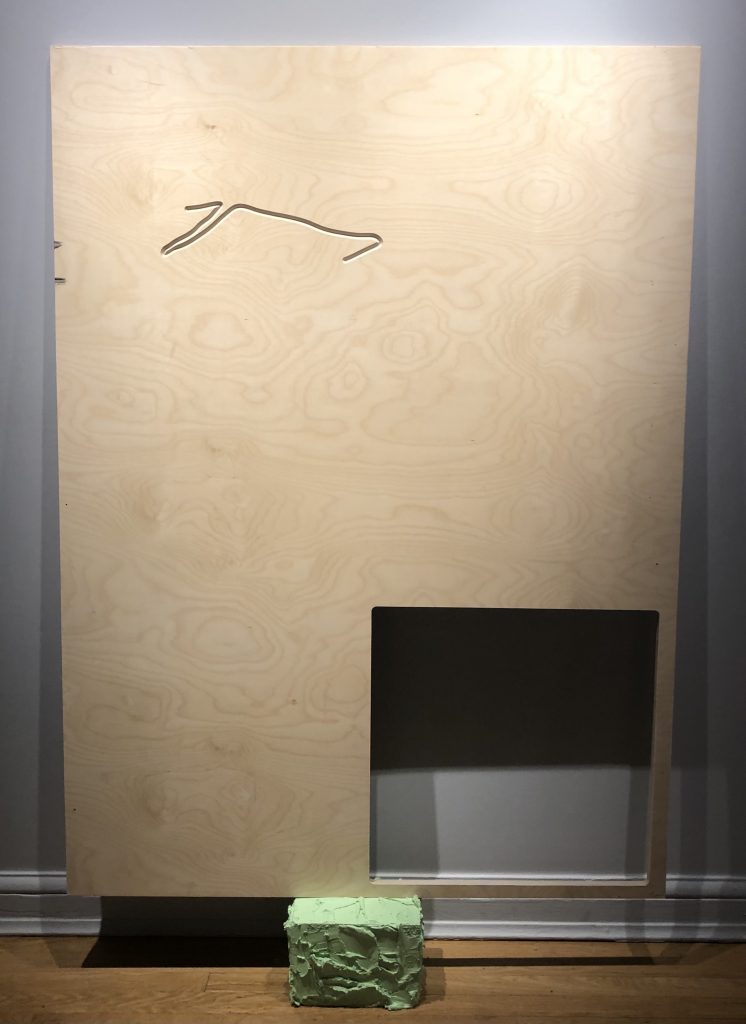 And play, the alternative to determination, is the key here. These twelve responses to the largess of the scrap heap testify to the power of the negative: negative space full of negative potential. The artist refers to utilities, and of course the utilitarian is commonly seen as the alternate to the attractive, and so the appeal of Normal Operations should come as no surprise. After the utility was subtracted from each of these raw materials, what was left was their attractive qualities, which only required the eye of the artist to locate and bring forth. Like David Smith, whose early, rusted steel sculptures might have been discarded as scrap, marc t. wise has taken possession of art’s bedrock, on the level where it risks being confused with the chaos from which it emerges. It’s a distinction worth a second look.