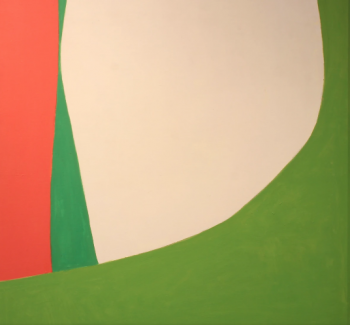 Modern West is honored to debut an exhibition of works by Taos Moderns Beatrice Mandelman and Louis Ribak in the duo exhibition MANDELMAN + RIBAK, with works from the Mandelman-Ribak Collection. Managed by the University of New Mexico Foundation, the Mandelman-Ribak Collection is a unique and comprehensive collection of paintings and works on paper reflecting 50 years of work created by Mandelman (1912-1998) and Ribak (1902-1979).  The exhibition will be on view July 15 through September 10, 2022. Join us to celebrate these profound Modern artists and the breadth of their works inspired by the land, light, color, and form of the American Southwest.

Mandelman and Ribak are the only non-living artists represented at Modern West. Their legacy and profound scope in the Southwest is influential to our contemporary artists, and this exhibition significantly aligns with the gallery’s mission to elevate how the American West has shaped modern and contemporary artists and movements. Simultaneously committed and independent, Mandelman and Ribak settled in Taos in 1944 and paved the way for a network of distinct Modernists and modern artworks of the Southwest. They were crucial in the development of the group known as the Taos Moderns including renowned artists Agnes Martin and Edward Corbett, among others. Modern West is thrilled to premiere some of these works which have never been shown publicly, and to partner with Southern Utah Museum of Art as they exhibit a concurrent show of works by Mandelman, Ribak, and contemporary artists Shalee Cooper and Arlo Namingha in The Space Between: Visions of the Southwest, on exhibition June 4 – September 24.

Beatrice Mandelman was a prolific Modern artist, known for her non-competitive but constant practice, bright modernist works focused on light and shape, and great inspiration and influence to other Taos Moderns and the Taos Valley Art School she left behind. Her lasting legacy is one of profound depth — over 4,000 paintings and works housed by the University of New Mexico Mandelman-Ribak foundation and represented by Modern West.

Louis Ribak was born in Lithuania in 1902. He found success in New York City as a social realist painter, collaborating with Diego Rivera on a mural in Rockefeller Center, exhibiting at the Whitney Museum of American Art, and participating in the 1934 Venice Biennale. Ribak married Mandelman in 1944, and the two settled in Taos, New Mexico where Ribak found new inspiration in abstraction, a move away from social realism. They opened the Taos Valley Art School, where they both taught classes, and opened a gallery out of their home.

Modern West is a gallery created by Diane Stewart to support established and emerging modern and contemporary artists who, in compelling and varied ways, reframe our understanding of the West. Through thoughtful exhibitions, the gallery illuminates both new and historical bodies of work that are relevant and meaningful for today’s audiences.

Open by appointment only on Saturdays