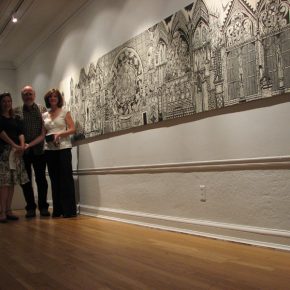 with Stefanie Dykes at her Finch Lane Exhibit, June 6, 2008 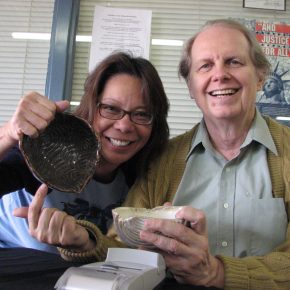 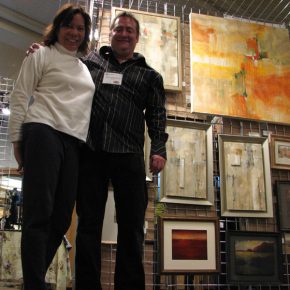 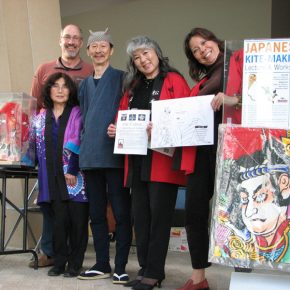 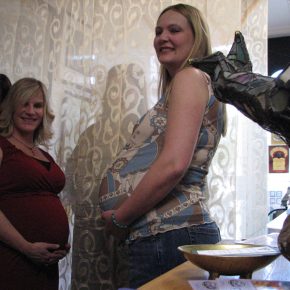 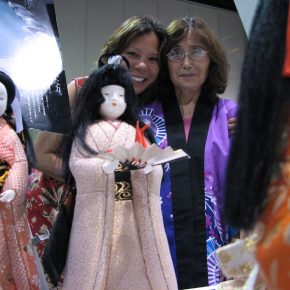 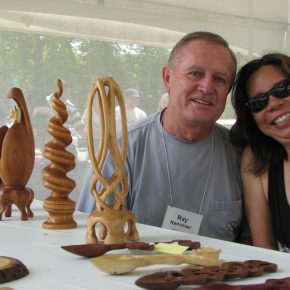 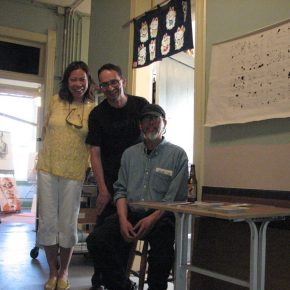 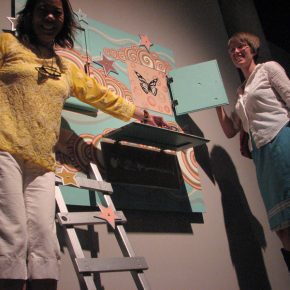 at the Present Tense exhibit at the Salt Lake Art Center, June 20, 2008 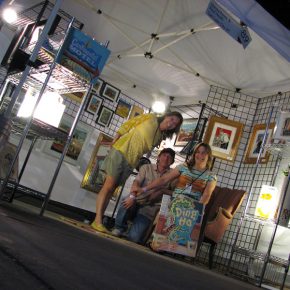 At the Utah Arts Festival with Paul Heath and Donna Pence 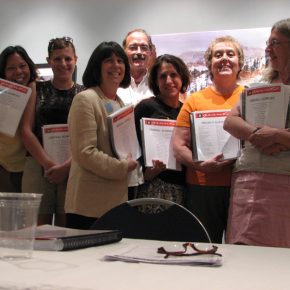 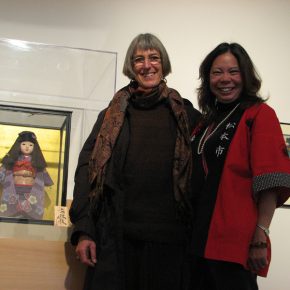 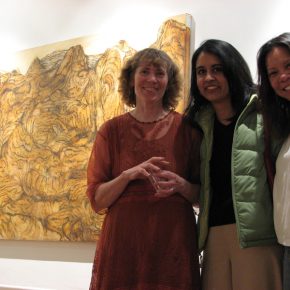 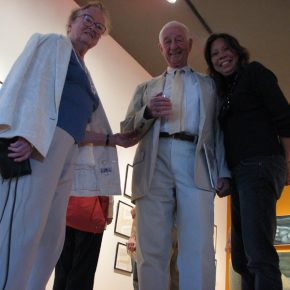 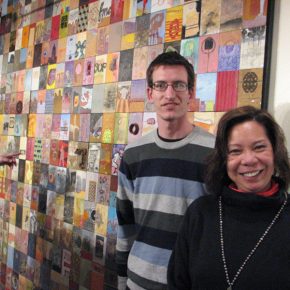 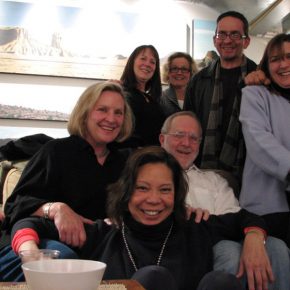 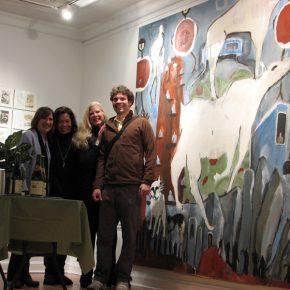 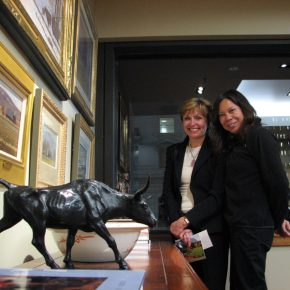 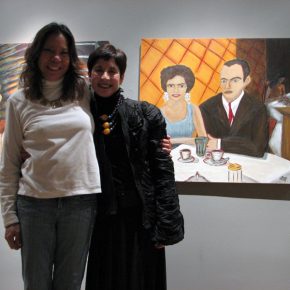 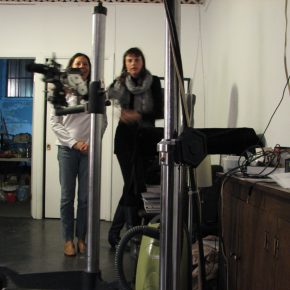 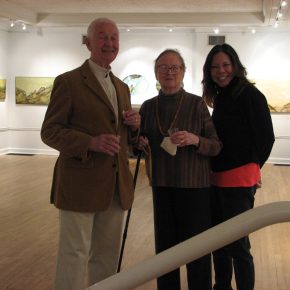 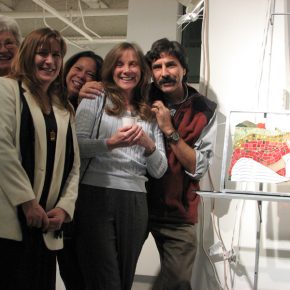 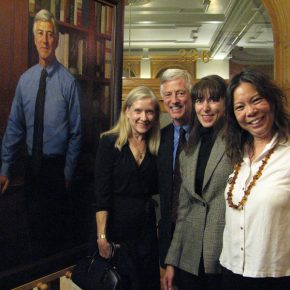 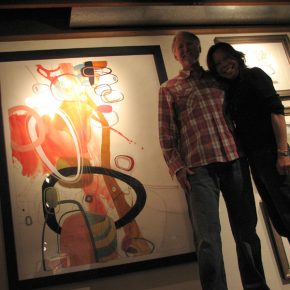 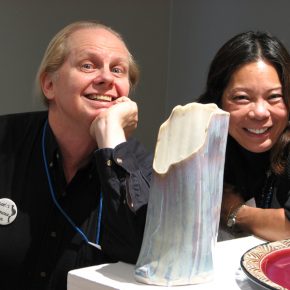 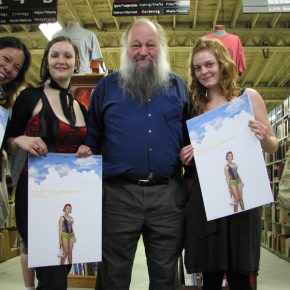 Friends compare her to the Travelocity Gnome, the red-capped garden figurine that appears in travel snapshots all over the world in the company’s ad campaign. Wong is more local than her bearded counterpart, but equally ubiquitous. Wherever she goes she is herding people (friends or strangers) into groups, propping her digital camera on its small, portable tripod, setting the timer and taking the snapshot. It is a visual diary of her life. The result is also an extensive documentation of Salt Lake’s art scene. As part of our August edition we once again asked JoAnn to select from her vault of images a cross section of shots from throughout the 2007-2008 art season in Salt Lake City.