“The activity of actually making the painting, its successes and defeats, frequently is the most important factor we feel in the work, not simply how it ended up.” —Tony Smith

I must have been among the last tourists to encounter the UMFA collection in its previous home, just as it was about to be relocated to the Marcia and John Price Museum Building. I retain several clear memories of that visit, perhaps the clearest being a conversation with one of the staff, of whom I’d asked an old, ritual question. That query, not something to be asked of the faint of heart, is this: If the institution we’re standing in caught fire, and you could only carry out one object, which one would you choose? Though this was my first visit, I already had an answer, and I suppose it was the right one, because the employee I spoke with made the very same choice. We both chose ‘”Dance Around the Maypole,” painted by Pieter Brueghel the Younger between 1620 and 1625. Pieter’s father belongs on the first rank of all artists, and painted during one of the most tumultuous moments in European history, at the end of the Renaissance and the start of the Reformation. He stands almost alone in the gulf between the two richest periods of art history—the Renaissance and the Baroque. Brueghel chose his subject matter from real life, painting peasant life and the cycle of the seasons as they lived them, and left behind two sons who both became painters in turn. Pieter the Younger showed less skill than his brother, Jan the Elder, and primarily produced copies of his father’s work. But he did paint a few original compositions, and UMFA’s oil is one of those rare birds. In it, before a meticulously realized background marked by recently discovered atmospheric perspective, accurately portrayed peasant farmers eat, drink, vomit, wrestle, flirt, quarrel, compete, converse, tell tall tales, and urinate indiscreetly. It holds the whole world, as it was and is, in a space 20 by 30 inches. 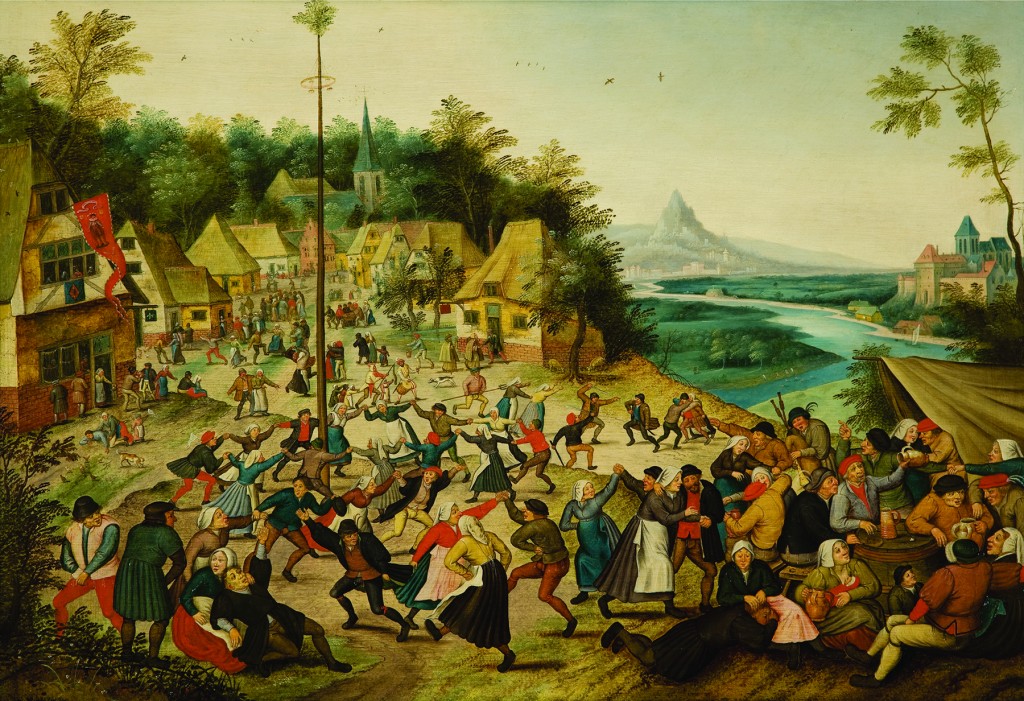 Yet anyone who claims to have a favorite work of art is probably foolish, and when I began regular visits to the UMFA, the first artwork I found myself returning to on every visit was a world away from Brueghel’s. John Singer Sargent was a society painter, always in great demand for his portraits, but hated being shackled to the capricious demands of wealthy patrons and found his most telling subject during World War I, when he produced massive canvases—nearly 10 feet high and fully 20 wide—depicting soldiers blinded by gas, their eyes bandaged, each holding onto the man in front of him and snaking along between fields of the wounded and dying. While UMFA’s Sargent is one of those earlier, society portraits, it at least depicts one of his “tribe:” Isabella Young Hunter was a pianist and the wife of a fellow painter, and Sargent lavished his considerable skill on it. While it retains his Impressionist character, it also displays the essential magic of all representational painting: up close, all the material characteristics of paint can be seen: brush strokes record the spreading of viscous paste across the surface. But back away, and at some point those thick, plastic daubs turn into pure light at play over surface textures. Those zigzags across her middle reveal the dazzle of woven silk, while the healthy glow of her cheeks and the light in her eye rekindle her energy and creative vitality. 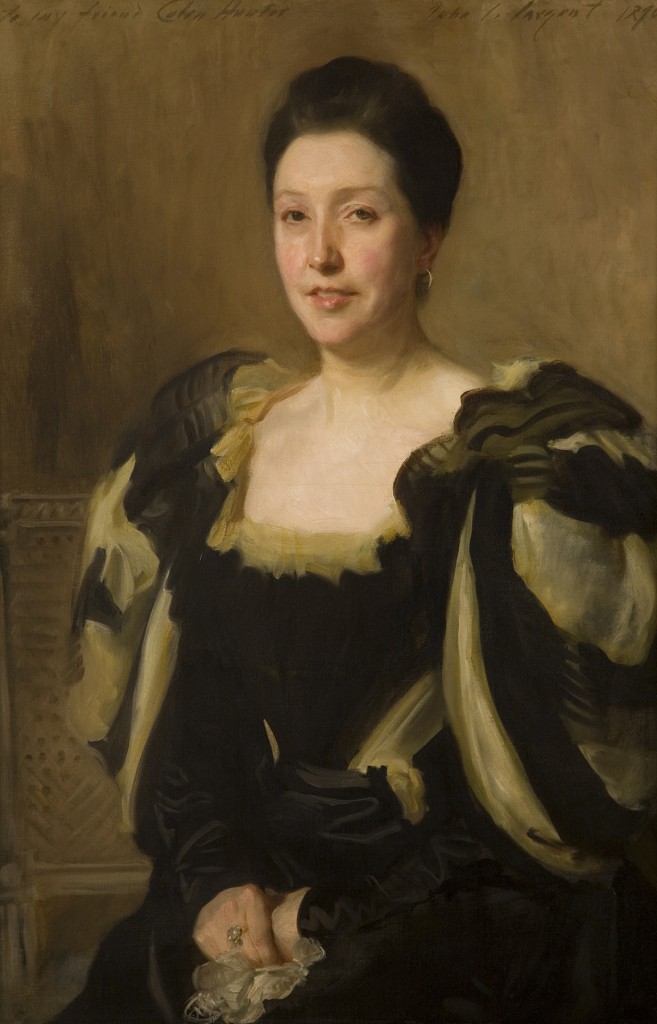 Art doesn’t change, but we do, and a great work of art is one that can accommodate changes in its audience. One painting at UMFA that I used to pass with barely a glance assumed new urgency for me after a trip to Florence in 2007. It comes as no surprise that among the artworks I saw there were many I was already familiar with, but which became more real and more substantial after seeing them in person. One painter I hadn’t thought of often became one of my favorites during that trip. Fra Filippo Lippi was a star of the early Renaissance, who was inspired to become an artist by Masaccio, later taught Botticelli, who in turn taught Filippo’s son Filippino, who was tasked with finishing Masaccio’s masterpiece, the Brancacci Chapel, more than half a century after Masaccio’s death. But Lippi was also a hero of the time, having taken on the Church he served in regards to the question of the proper subject of art: was it to be the soul, the subject that dominated Byzantine-style art for a millennium, or would it be the physical, human world discovered by Giotto and refined by Masaccio? Filippo Lippi fought for the latter, as can be seen at UMFA in the palpable weight of the chubby Christ Child, held by a Holy Mother who grapples her son in an effort to keep him on her lap. His head, the least-damaged part of the panel, is the one thing that gives this long-lost work away as by Lippo Lippi. That so little remains of the original paint after the overpainting of past restorations was removed at the J. Paul Getty Museum is a tragedy, but one leavened by the family resemblance it bears to perhaps the greatest loss in art history: the flaking away and eventual disappearance of Leonardo da Vinci’s “Last Supper.” 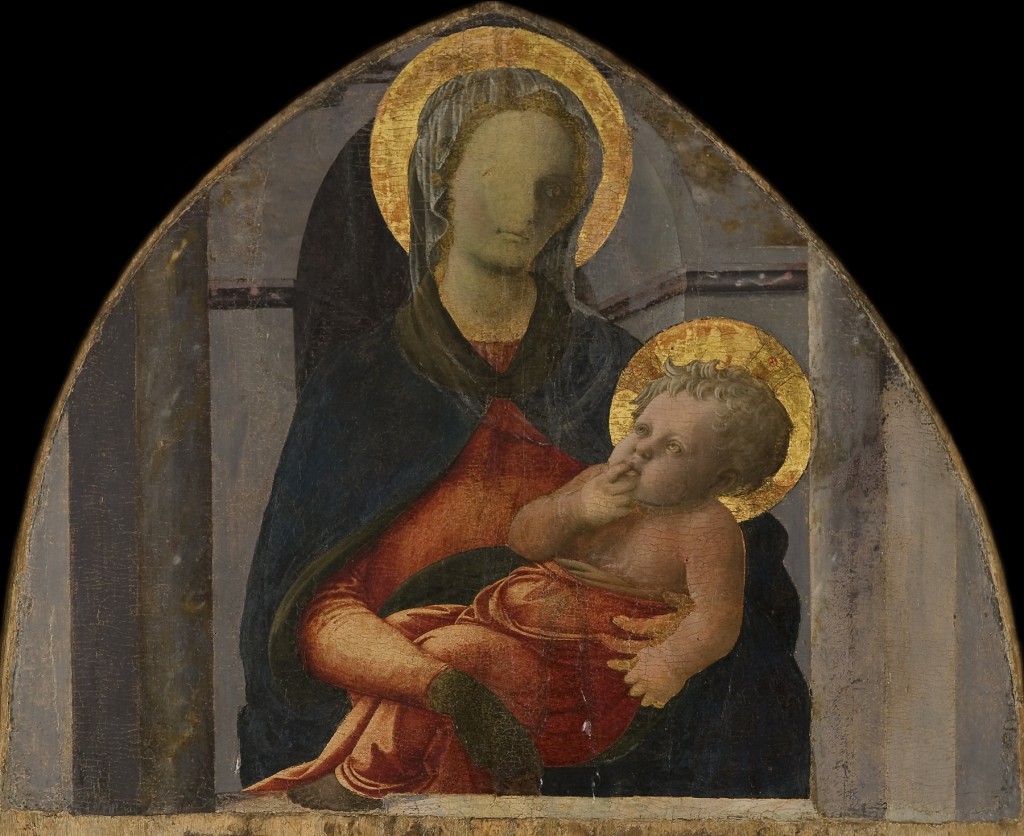 But I was asked what painting I will miss most during the closure of the museum, and in truth the absence that moves me most deeply is none of these. Rather, it is Francois Boucher’s “Les jeunes amoureux,” which in truth has been missing from the museum’s walls since 2004, when it was decided that regardless of the value of the artwork to the collection, or the impossibility of ever making right an old crime, a painting stolen by the Nazis could and should be returned to its rightful owners. Utah has a vibrant art community, but that community is set in a larger society to whom ethical behavior in the world matters. Art is important, but the world matters more. The UMFA will be sorely missed, but a wider world of Utah art will step up to fill the hole for now.