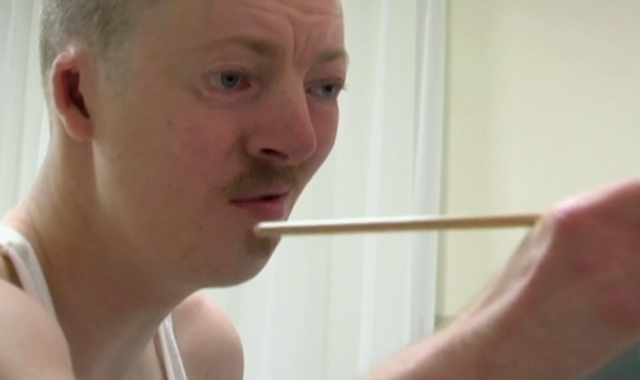 Madsen, along with his sister Heather, have an incredibly rare disease known as Miller Syndrome — there are fewer than thirty known cases in the world. The condition is characterized by shortened forearms, eight fingers and eight toes, hearing loss and facial malformations, among many other problems. In spite of these physical limitations and the pain they cause, Madsen is able to create stunning, hyper-realistic paintings. His upcoming show at Art Access is the first time he has explored himself in paint. These alarming works allow, or rather, demand that the viewer stare at his body. They attempt to visually express what it is to be Logan Madsen — both physically and psychologically.

Watch Nathan Meier’s video profile of Logan in the April 2014 edition of 15 Bytes.