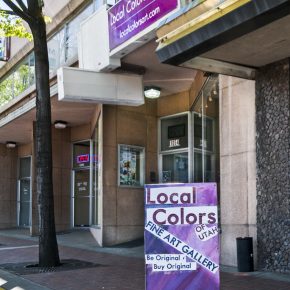 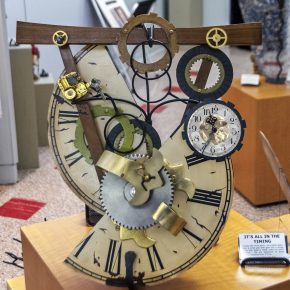 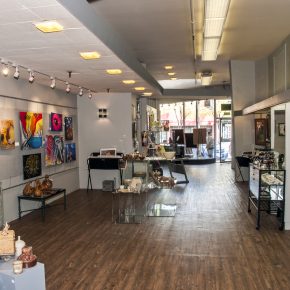 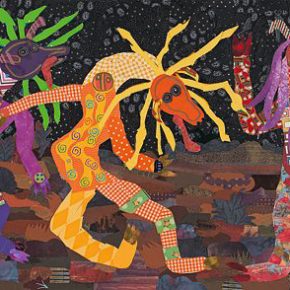 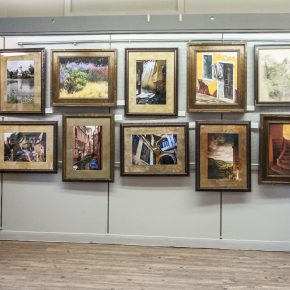 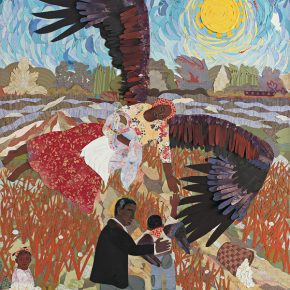 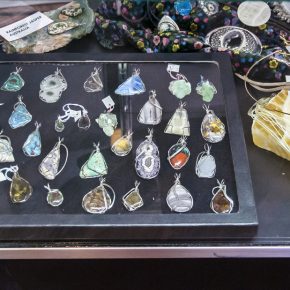 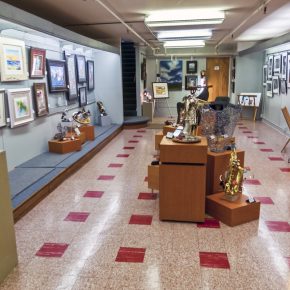 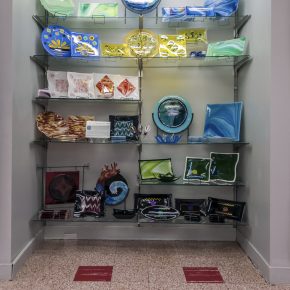 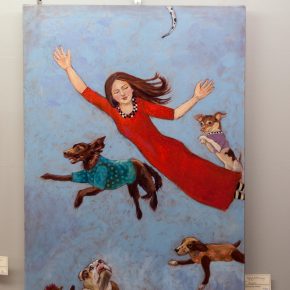 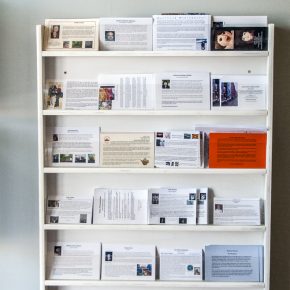 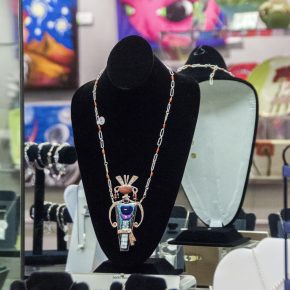 You know Local Colors of Utah. You went there when it opened in Trolley Square around 2001. And you knew it as the artist cooperative that used to be on 700 East across from Trolley Square. But have you seen its latest incarnation as the newcomer to the Sugarhouse art scene, a few doors down from Rockwood Artist Studios?|0| This ever-changing gallery featuring local art may be in its best location yet – well placed to participate in now-monthly Sugarhouse art strolls on second Fridays.

Last November the artist co-op moved into the storefront vacated by Cobwebs Antiques & Collections at 1054 East 2100 South. The space was originally Dads and Lads, a clothing store, and it still had racks and lighting along the side walls of the long, narrow space. The co-op artists re-purposed the racks as a hanging system for art, painted walls, and refinished floors. Now they have two floors of space for 27 member artists to display both two- and three-dimensional works.

According to Catherine Hostetter, a painter who also serves as president of the group, nine artists moved with the co-op from 700 East but they have attracted another 18 artists to the new location. They have about as many 2-D artists as they can accommodate right now, but they still have space for jewelers or 3-D artists. Information about how to join the group is on their web site: www.localcolorsart.com.

Positioned pretty much in the center of the walkable part of the Sugarhouse arts district, the gallery members look forward to better foot traffic than they had in their old location. In addition, the redevelopment of the old Granite Furniture store on one corner, the eventual development of the empty “pit” at the other corner, and the arrival of the Sugarhouse Trolley in 2013 will attract even more interest and traffic to the area.

Hostetter says Local Colors, in addition to participating in the monthly art strolls, will offer free sidewalk art demonstrations for the public on Saturdays. At a recent art stroll, landscape painter Ron Moulton worked at his easel set up on a small “stage” in the window of the gallery.

Also demonstrating at the April stroll was collage artist Melody Johnson, a former art teacher at Lehi High School, who cuts and pastes small pieces of decorative papers to create impressionistic paintings.|11-12| In a later phone conversation she told me about her process.

“I use a variety of papers – for scrapbooking, origami, wrapping paper or notecards – anything that is colorfast and has a color and print that I like,” she explained. She has even begun experimenting with painting her own papers.

She finds her subjects in folk tales or fairy tales. “There’s almost always a story,” she says.

Once the sometimes tiny pieces of paper are glued down using a heavy duty paste called Zip Dry, she does not glaze or varnish the surface. “I like it to look almost three dimensional. After I glue everything down, I take it to the framer and have it matted and framed under glass.”

Johnson’s collages have won prizes in many statewide shows. Last summer her “Wash Day” collage won the purchase award at the Eccles Art Center statewide juried show. Her collage, “The People Can Fly,” won a merit award in the Ninth International Church show at the Church History and Art Museum. It was one of about 200 pieces selected from 1200 entries from all over the world.

Three Local Colors artists will be featured during May: Bonny Waters (jeweler), Cyrene Swallow (painter), and Kerry Jones (photographer). The gallery is open for both the Sugarhouse stroll on May 11, and the Salt Lake Gallery Stroll on May 18. Regular store hours are Tues-Sat 11am to 7pm and Sunday, 11am to 3pm.

This article appeared in the May 2012 edition of 15 Bytes.

Tagged as: by Sue Martin, Local Colors of Utah, photos by Gerry Johnson