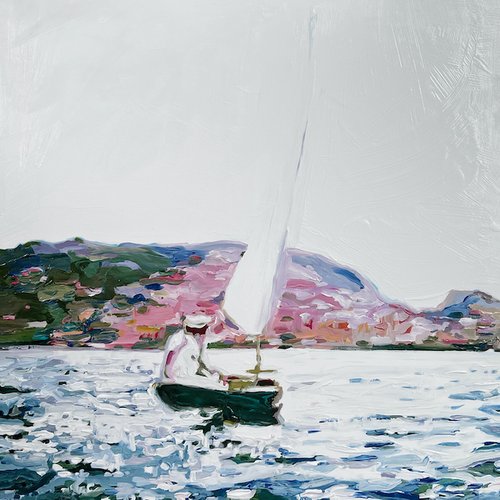 In response to the historical challenge presented by the camera, painters have sought, and found, ways to surpass the limits of photography by doing things with paint that far exceed anything the camera can do. But since most of the art we see still comes to us through reproductions, these advances can only be seen in person. Meanwhile, photography forms a kind of “silver ceiling,” holding painting down to a level limited by what its lens can capture. An example of what can come about when an artist like Lisa Golightly goes on painting for what William Blake called our “perishing and mortal eye,” rather than a glass lens and a sequence of machines, can be seen at Julie Nester Gallery in Park City, where six of her latest paintings have just gone on display.

Before taking a close look at those new works, it might be worthwhile to size up two other works by Golightly, currently hanging in the gallery’s light-filled back room. Outdoor light, sunlight, real light, is the artist’s best friend and greatest challenge. It’s this energy that, while itself essentially unseen, makes all things visible. Between this pure, insubstantial and invisible light and the dark, tangible world it illuminates lie the boundaries of sight, and so of painting. Golightly has been exploring this range for some time. On the one end, outdoor light can threaten to overwhelm the eye and dissolve the visible world into all but insubstantial space, an effect that can be seen in “Waterline,” wherein the beach and a breaking wave are all but lost in an ecstasy of light, while the only substantial facts remaining are a plaid jacket and a striped towel that wrap around two figures walking in the foreground. On the other extreme, “Tennis Lesson” surveys what appear to be a mother and three children haphazardly arranged on a practice court, all dressed in white tennis togs and handling rackets. If “Waterline” is about light, “Tennis Lesson” is about the life that light makes possible. 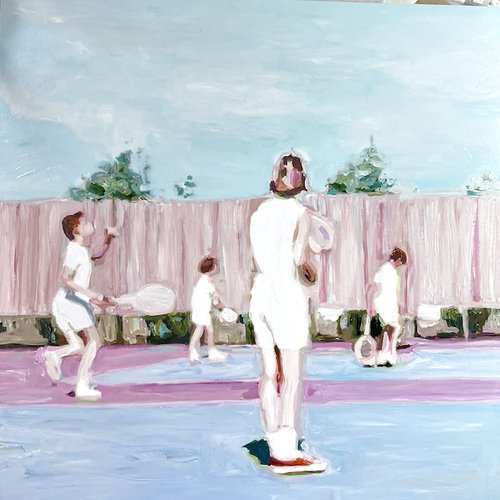 In the new work, Golightly has found several ways to balance the impact of all that powerful light on her subject matter without reducing the value of either. This new way of representing the natural world deserves, and rewards, looking at in person, because while it looks promising on the gallery’s website, its full effect can only be seen in person. In the gallery, even from across the room, the four smaller panels look like holes in the wall through which bright summer sunlight pours. All that light demands to be seen as occupying space, so even without a lot of perspective devices or depth clues the space looks real. The larger panels, “Red Sail” and “Backyard Bather,” appear flatter, which may indicate that Golightly’s breakthrough has an effective limit, thus far, to smaller sizes. Then again, some of the techniques that a close examination reveals might be less effective in a larger image. 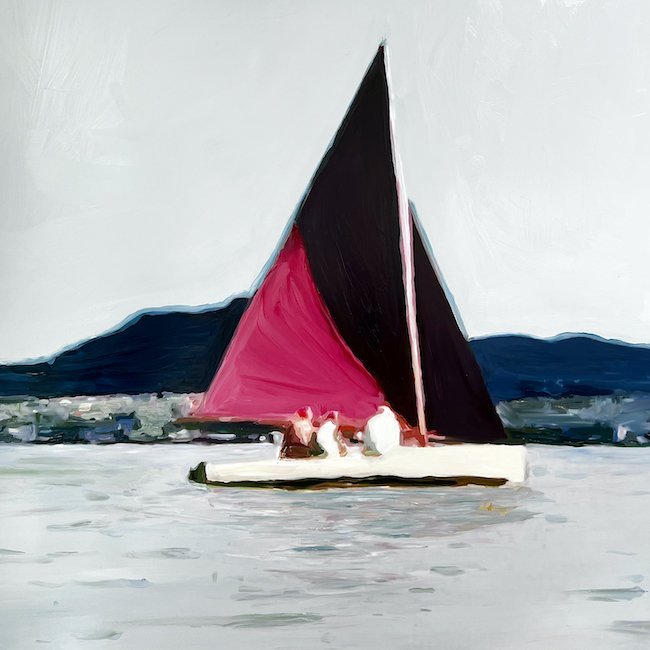 Five of the six panels hang on a single wall, so starting on the left and proceeding to the right, “Two Person Sailboat” starts us off with a luminous sky that fills the upper half of the scene, below which a distant island or lakeshore is seen across a choppy body of water. The scene is further divided by the boat’s nearly vertical sail. As in the works already discussed, the deep green and pink landforms, the boat’s hull, and some nearby chop are the only substantial forms; everything else is almost pure light. When seen up close, however, one of Golightly’s secrets is revealed. She paints on aluminum panels, using acrylics here in a way that is sometimes so thin as to be translucent, elsewhere a heavy impasto that models almost as much as it renders her forms. Up close the visual illusion falls apart in favor of an exercise in the handling of real paint and abstract gestures, while from a distance these cohere into a luminous image.

“Road Trip Portrait,” next in line, also divides the panel into classical horizontals. A wispy-clouded sky takes the largest part, beneath which mountains and various fields provide a background for two figures, a couple perhaps, or maybe a brother and sister. In the nearest foreground the edge of the titular road includes the shadows of their heads and the tall grass behind them. What really leaps out at the viewer, though, is their silhouettes, which seem detached from the panel by what turns out to be glimpses of several layers of underpainting that acts like a shadowy aura surrounding them. It’s subtle enough to work without being consciously noticed, while most of what defines the content isn’t specifically rendered detail so much as practically bas-relief paint handling. 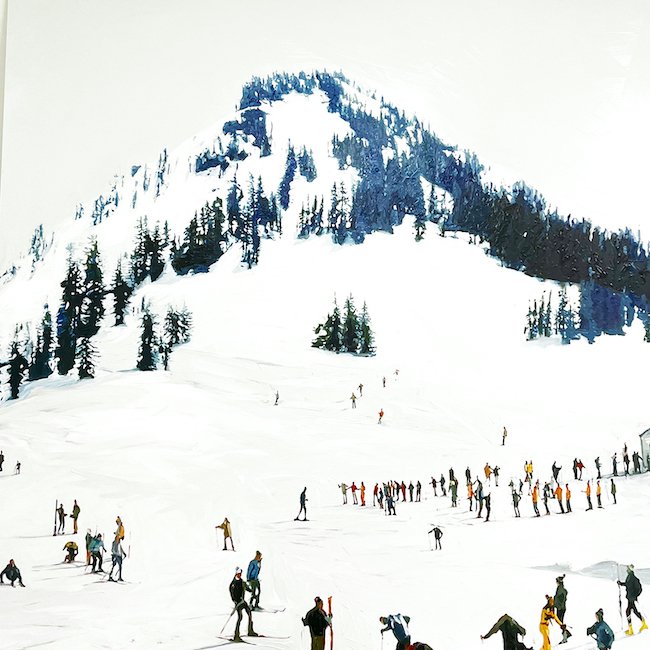 Lisa Golightly, “The Mountain,” acrylic on aluminum panel, 40 x 40 in.

“The Mountain” uses classical perspective clues, such as diminishing size of the skiers, skewed placement of trees, and a gradual darkening of the white snow from top to bottom to create a traditional sense of depth. Where a photo taken under the conditions would almost certainly be blocked up by sunlight, the artist’s handling allows her to reproduce the scene, from the flat, overcast sky to the colorful attire of skiers in the foreground, all the while keeping it full of light one can see by.

Golightly’s titles add an element of wit to her cerebrally engaging painting technique. “View From the Top” doesn’t present what it seems to advertise; rather it’s a view of the top, to which three climbers have hiked. Even so, they are clearly what interests her, and what she offers her public, and so in a sense they are the view, excised by intention and aesthetics, from the real world to become the view she has taken from the top. Likewise, “Backyard Bather,” a woman on a folding cot in the relative seclusion and privacy of her back yard, displays an ambiguous response to the strong sunlight that casts a black shadow on a lawn as ragged as the lake in “Two Person Sailboat.” Light, Lisa Golightly might be reminding us, can only work in the presence of its absence. 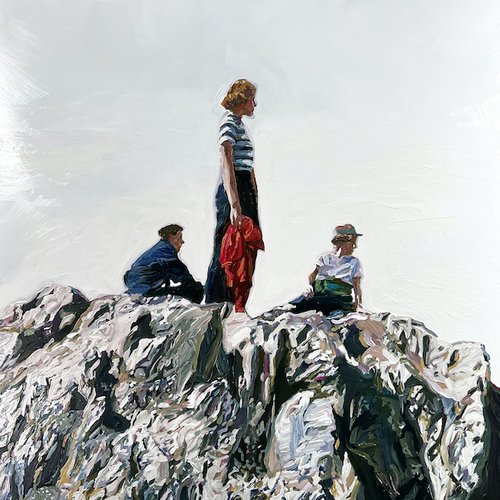