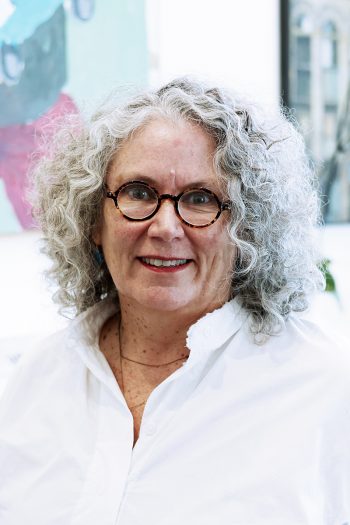 The Utah Division of Arts & Museums has announced Lisa Bickmore will be Utah’s new Poet Laureate.

“I feel so fortunate to have been able to see all the past poets laureate do their work, which has given me a sense of what exemplary literary citizenship looks like,” Bickmore said in the press release. “I hope to add to, build on, and extend their work, while serving and promoting the lively and wonderful writers of Utah. In addition to working with poets around the state to continue the poetry festival that my predecessor, Paisley Rekdal, started, I hope to create a mobile micro-press, working with writers around the state to create small-edition chapbooks and broadsides of their work, and creating an archive of these publications. In this way, I hope we can together develop venues for sharing and circulating work, and for making more of the writing that happens every day in Utah visible.”

A native of Delaware, but raised all over the United States, as well as Japan, Bickmore earned a B.A. and an M.A. from Brigham Young University. She is the author of three books of poems: Haste (Signature Books, 1994), flicker, which won the 2014 Antivenom Prize from Elixir Press and which Nancy Takacs said is full of poems “that readers will want to savor for their astonishing craft, their truth and humility” (15 Bytes review) and Ephemerist (Red Mountain Press, June 2017 — read our review).

She is recently retired from her position as a Professor of English at Salt Lake Community College, where she was the recipient of the SLCC Foundation Teaching Excellence Award in 2006. She taught writing of all sorts, as well as publication studies, and is one of the founders of the SLCC Publication Center. In 2019, she founded the nonprofit Lightscatter Press, which published its first book in April 2021.

You can learn more about the Utah Poet Laureate here.

You can hear Bickmore reading from her work at our Poets in Pajamas series.