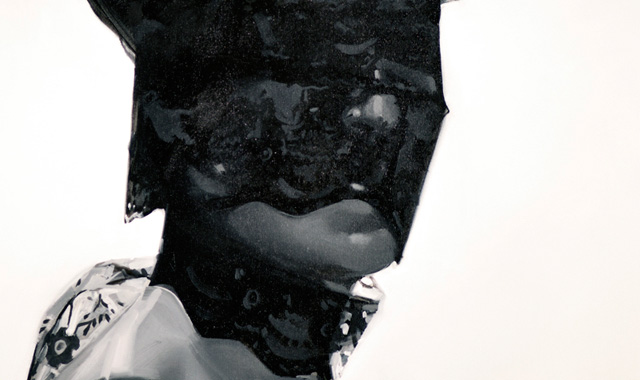 Lindsay Frei’s oeuvre, both past and present, has concentrated on still life and portraiture. It has always had an astonishing sense of reality, a reality that is not simply a technical approach to painting, but a total reality, one that captures the beautiful in the nuances of the ephemeral. Like the earliest Modernists, whose philosophy was to capture an essence in the immediacy of a moment, Frei has focused on the immediacy of her subject, representational of vicissitudes of the beautiful, be it candid glimpses of a model, a rose, or a rubber ducky.

In her most recent work, Frei is seeking the reality of her subject, and this time the subject is beauty itself. “I have always struggled with the idea of beauty as an artist,” says Frei. “And as a woman, and how I can relate to it. I was really taught that it was essential to my happiness, and I started to figure out that that was a lie. The kinds of satisfaction you get from seeking something that is just externally beautiful, is not as lasting and not as satisfying, as really connecting with something.”

In The Painted Edge, an exhibit of her most recent work opening September 12th, Frei addresses the subject of beauty directly, creating works that are “reflective of the dignity of life as it changes. Something is beautiful as it changes because everything will,” she says. Each piece in this, her MFA final exhibition, is evocative of beauty through an emotional responsiveness, caused by the physicality and the emotive element of hard and soft edges. “I started looking at my paintings and thinking about them, and what I am doing with paint, because I feel like I am a painter first,” she says. “There is a big interplay with soft edges and hard edges. The paint itself has edges and the subject matter has edges.”

The surface quality of Frei’s work has always been characterized by an interplay of lush, liquid edges and solid, crisp lines. In the newest works, the interplay goes beyond the physical, existing between the lush, or soft conceptions of beauty, versus the harder edges of its reality. “I think I am talking about our differences,” says Frei, “of the desirable versus the undesirable. Does that have to be a hard edge? There is a lot of room in between.”

For example, “Veiled Beauty” is an immensely evocative image, which has an uncanny presence of the beautiful Frei is concerned with.  Says Frei, “You kind of have a sense that she is beautiful. There is an outline of a beautiful woman, but she is unidentifiable.  She has a presence and a non-presence at the same time, and I think that’s a lot of how our ideal of beauty works.” Frei likes to think of her work not as individual pieces but as an idea that is flexible within her painting method, and how her ideologies are able to express varying subjective and objective conceptions, idealizations or misconceptions of beauty.  “It is a dialogue,” she says.

A softer edge in the dialogue is found in works like “Soft,” which is ghostly in its muted quality, and its beauty, like the beauty in each of the subjects, is ineffable.

By contrast, “Unbearable,” with its soft painterly edges, has a hard emotional edge. The subject, covered in a milky layer of white, is caught in a moment of heightened emotion: she takes her head in her hands, and with eyes shut tight, lets out a shriek the viewer can feel and almost hear. The moment is intense, with the ephemeral quality disregarding narrative content, concerned only with the subject and her immediate evocation of beauty, and the context of the beautiful being referred to.

For most of Frei’s subjects, the emotive aspect granted by the transcendent nature of each is made possible by the reccurring use of monochromatic color palettes, drapery, and lace — minimal approaches that channel raw, unaffected feeling. The figures themselves remain iconic, without individual identity. “Surveyed” is the epitome of a fashion icon with no personal individuality.  And this is just it. It is about the ephemeral reality relating to the context of beauty, and not an illusion of a particular state of being of beauty. “It’s about the ideals and not about identity,” says Frei. “It’s about the taking on these characteristics.  We don’t see her, yet she’s beautiful.

“I don’t think I’ve come to a resolve,” says Frei about this recent work, and her ongoing exploration of beauty. “But I think I am more comfortable with the idea that I don’t have to be resolved, and that it’s an ambiguous thing.  For a long time I just wanted answers, and that’s not how creativity works. I think it’s an important subject to talk about in terms of edges because edges are constantly shifting.”  Look at these works and it is obvious that Frei is a painter first, dealing with issues of aesthetics, but she is also a woman, dealing honestly and courageously with realities of what it means to be a woman. These ephemeral glimpses are timeless and they are truthful, and Frei loves the journey of being an artist, and learning and exploring and discovering. 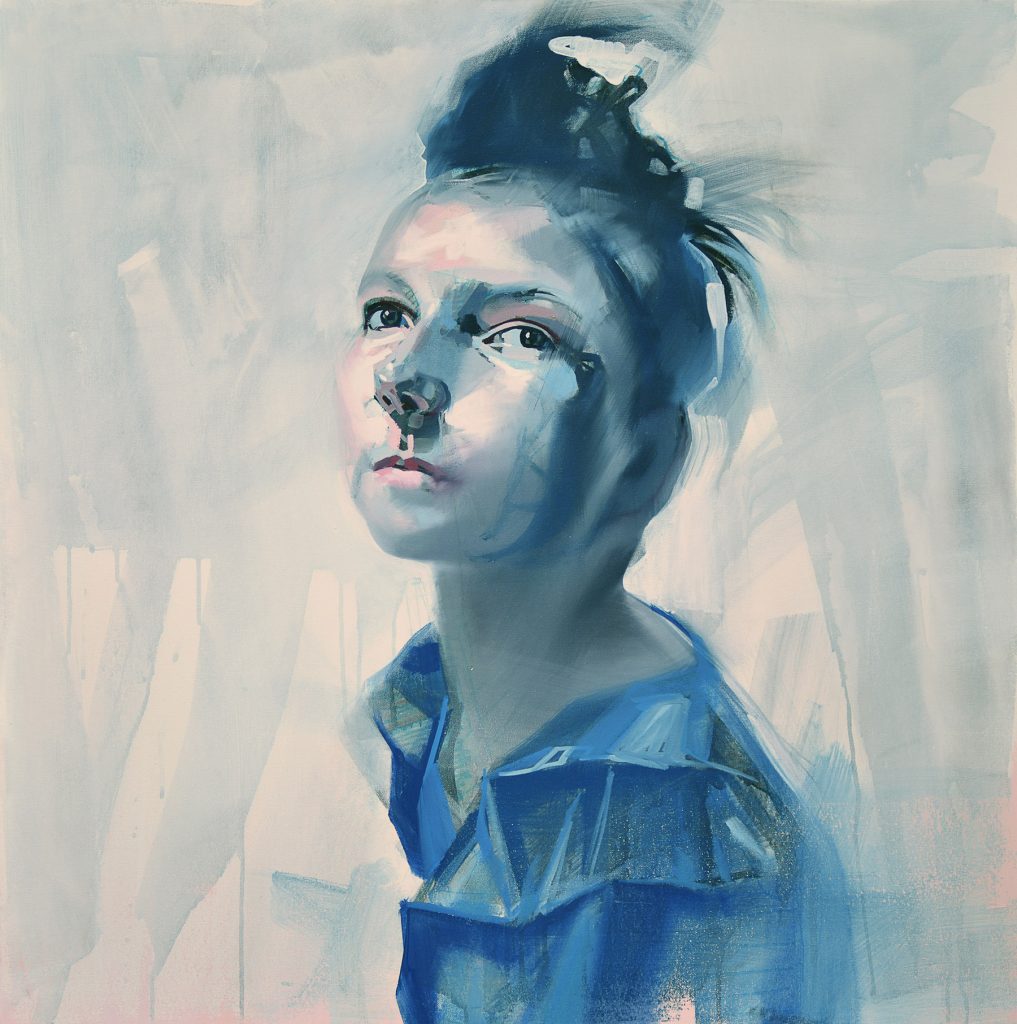 The Painted Edge, Lindsay Frei’s MFA Exhibition, opens at the University of Utah’s Gittins Gallery (375 South 1350 East) on September 8th with a reception on Friday, September 12, 6-9 pm. The exhibit continues through September 19.