Like a Dream, Junction Dance Company’s “Hypnopompic” Doesn’t Always Cohere as a Narrative 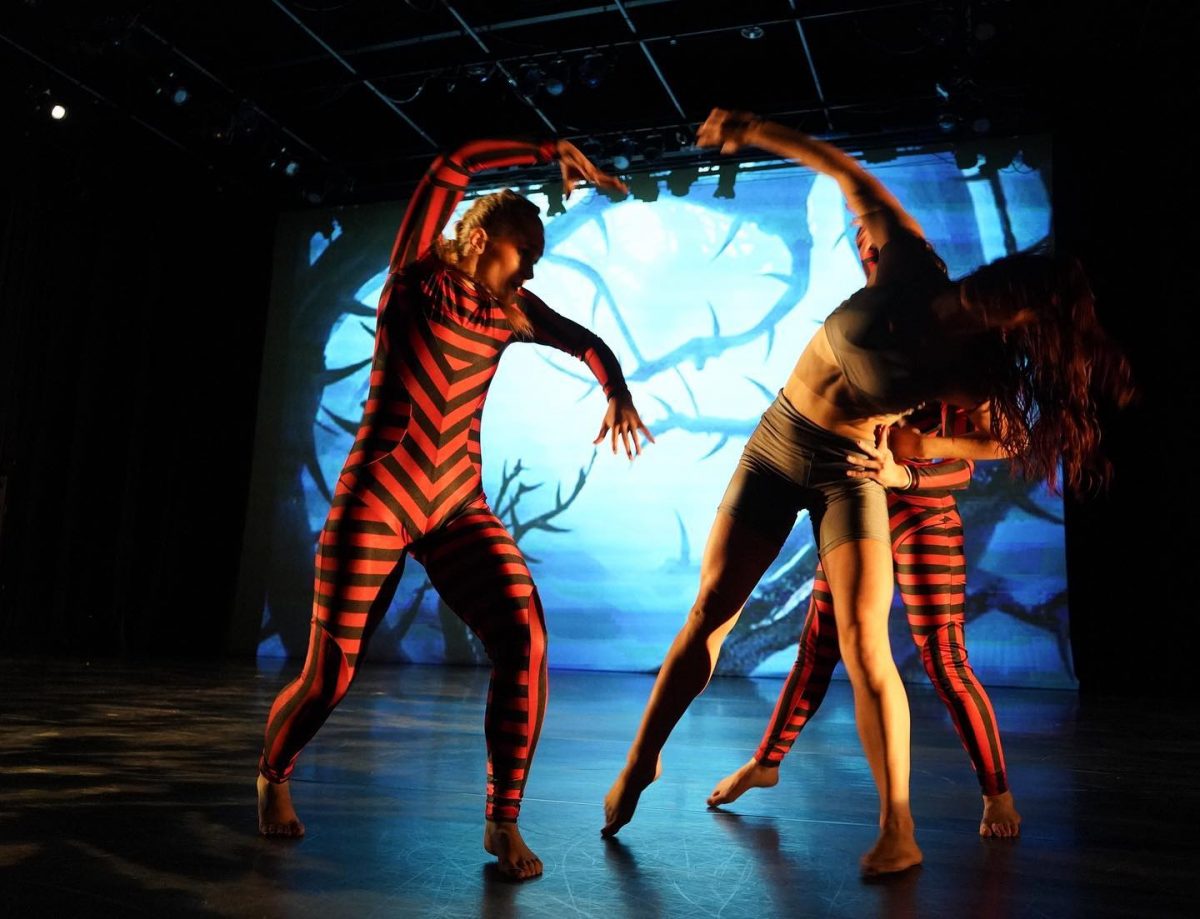 This past weekend (Nov. 19-21), Junction Dance Company director Megan Adelsberger welcomed the audience to their first show of the season. The program notes explained the symbolism of each character in the show and gave a storyline synopsis and a definition of the show’s title: Hypnopompic. The “hypnopompic” is the state of consciousness leading out of sleep — we were about to be taken on a journey through the subconscious by dance.

In a bed in the upper left corner of the stage, we see soloist Lydia Forsgren (who portrays Roya) for the first time. She lays there while a projection of her is shown above. Forsgren’s moves matched the music perfectly. She never missed a beat, while showing off flexibility and clean lines.

After the opening number, the audience began to understand the work’s relationship to the hypnopompic. Roya’s dreams would include multiple characters: “The Sand Sweepers” were first, a projected night sky giving us more context than the movement alone provided. Inspired by Neil Gaiman’s “The Sandman,” these young women created circular visuals as though they were casting a spell on Roya. Seamlessly, they whisked both Roya and her bed offstage to make room for the next stage of dreaming. “Ehno & The Protectors” were next with sharp, staccato movement. They flew through the air and mixed dance with difficult tricks. I had to reach for the program to remember what Ehno represented — he was a protector, but could also be representative of Roya “putting up a wall.”

As the show went on, the audience was introduced to other characters, such as Bastet, Daryah and Ghadra. Costuming and projections helped me to understand exactly who these characters were. Bastet (Junction dancer Allison Wright) represents Roya’s feminine side. As a “Lady Leopard,” she was fierce and feminine, her group’s movement was clean and cute. Ghadra the Gorilla (Josh Curtis) came in next. While the rest of the gorillas danced behind, Curtis and Forsgren had a duet and finally established the relationship I had been waiting the whole show to see.

After Ghadra came Daryah (Alyssa Pena). She was the first soloist since the beginning of the show, and it was great to see something more than unison. Daryah’s movements flowed one into the next and there was breath in everything she did, she hit every beat and moved like a dolphin. 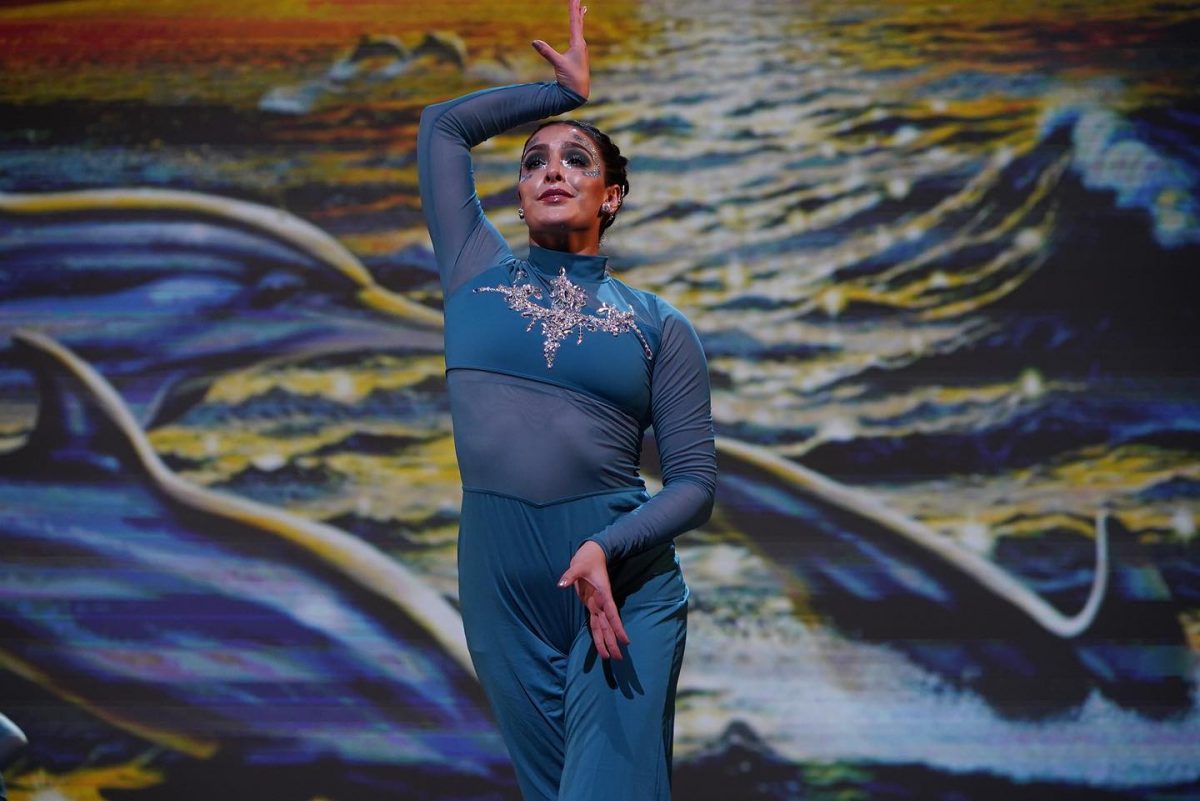 During intermission, discussions of how Roya and the other dancers related to each other ran through my brain. It was difficult to understand what were her dreams and what were just unrelated dances. Roya herself was only seen interacting with others in four out of eleven pieces in the first half of the show. Hoping the second half would bring more cohesion, I watched the curtain bring us back into the hypnopompic state. We would see Roya interact with all of Junction’s main members in both duets and large unison.

There’s no denying that these dancers are trained well and are all extremely talented. Junction stands out in that they know how to work the crowd, as well as boasting excellent costumes and music. Cheers arose from the crowd throughout the show, creating a loving and supportive atmosphere. When it comes to storyline, I am unsure where I stand. After one more duet between Ghadra and Roya, I was left wondering whether Ghadra represented something good or evil. I also wondered whether he was only a part of her dreams or if there was a stronger relationship between them in real life. His symbology and the notes about him from the program failed to bring more clarity. Overall, the production relied too heavily on costuming and projections to tell the story. Without these elements, the movement and facial expressions didn’t cohere — only showing off what the dancers could do, not how their characters might interact. Junction needed to dive deeper into narrative and character development. Hypnopompic was fantastic and unique, but in the end, it slightly missed the mark.

Alexis Guerrero is a Salt Lake City born and raised dancer and choreographer. Creating and performing for the majority of her life, she will graduate in 2022 with a BFA in Modern Dance. She recently performed in a new work by local artist Alex Barbier and will present a work of her own this spring.