Learning to Draw: 9 Principles You Must Know 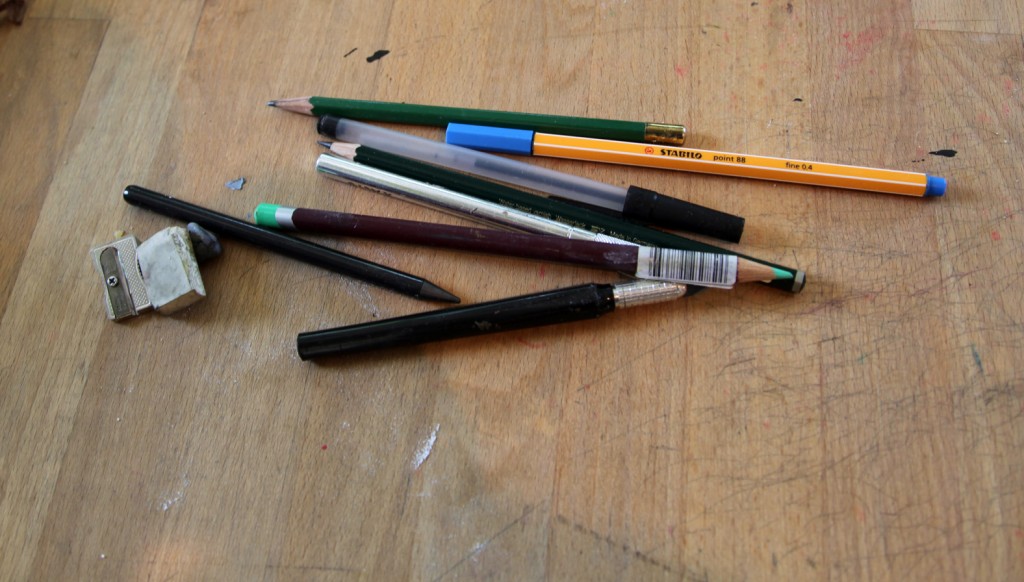 Occasionally someone will say to me, “I can’t draw a stick figure.” The intended meaning is that they have no artistic talent. This may be true or not, but the real reason is most likely they don’t have the desire to learn or have not been instructed properly. The principles of linear drawing can all be taught in a logical way, just like balancing a checkbook or adding up a column of numbers. In other words, it’s akin to learning any other skill, like playing a musical instrument, horseback riding or Karate; they are all teachable skills. To be sure, not everyone who tries is going to be a concert pianist, black belt or even a great horseback rider, but the rudiments can be learned by anyone who wants to put in the time. I hate to take the mystery out of the process, but drawing, in and of itself is pure mechanics, not art. The ability to read and write does not make one a great orator or writer. In the same way, art is made by those who have a “vision” that goes into the creation of art; our toolbox of skills is merely the vehicle to get us there.

The ability to create accurate drawings is a must item in any artist’s toolbox. The following nine principles will aid you in achieving competent drawings, which are the basis of any good representational painting. Keep in mind that shading, as well as other ways to create the illusion of light, form and detail in a drawing, has been purposely left out in order to focus on accuracy and placement of line. This is in no way a complete explanation of the topic and further study on the various principles is highly recommended to anyone wishing to further their skills in drawing.

A few final thoughts . . . These ideas are the result of time-tested methods that have been passed down through the ages by gifted artists/teachers who are willing to share their knowledge. My only contribution is that I have organized this list of principles into a form that makes sense to me, and I hope to others as well.

(In addition to Joe Mugnaini, who explored the arc and the angle, another artists I would like to give credit for explaining, but not inventing, several of these time-tested ideas is John Howard Sanden, whose book Painting the Head in Oil does a good job of explaining the concept of angles, mapping, plumb lines, along with negative and positive shapes. To these two, as well as numerous other instructors I have had the pleasure of working with or reading their thoughts over the years, I am deeply indebted).