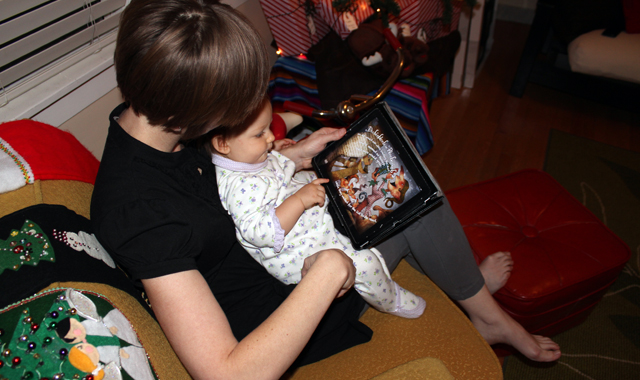 There was a time, Kory Fluckiger says, when his watercolors would sell even before he took them off their board. He would photograph them, email the image to his client list, and have a committed buyer before he had bothered to take the tape off. For an artist with no formal watercolor training, he was quickly establishing a strong reputation: in addition to selling well, his work was winning awards and appearing on magazine covers.

Then, in 2008, he and his wife Heather signed up to work for the Peace Corps. They spent two years teaching health education in rural Nicaragua. By the time they came back, the economy had tanked, and Fluckiger found the fine art market had dried up. That change pushed Fluckiger|1| to reinvent himself, so he decided to marry his longtime passion — writing and illustrating children’s books — with the developing app market.

Read about Fluckiger’s new company, Copper Pi, and their Christmas publication for the iPad, Kundersanterbleebin, in the December 2011 edition of 15 Bytes.