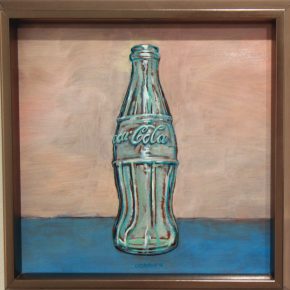 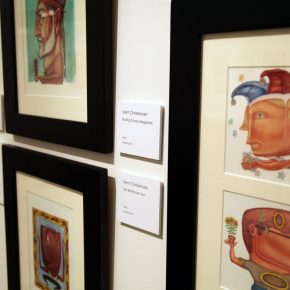 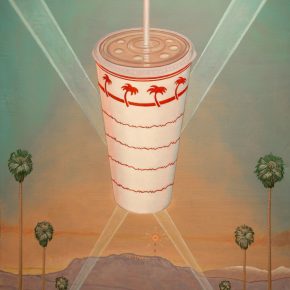 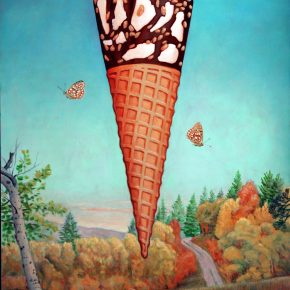 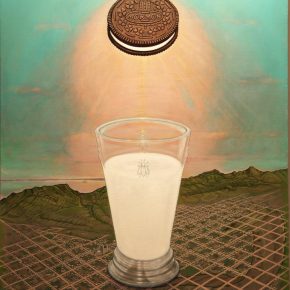 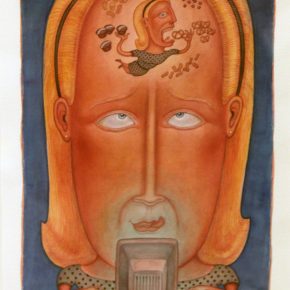 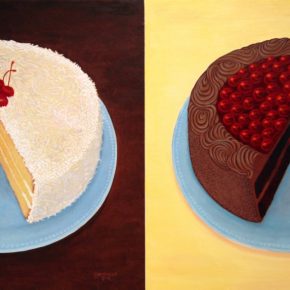 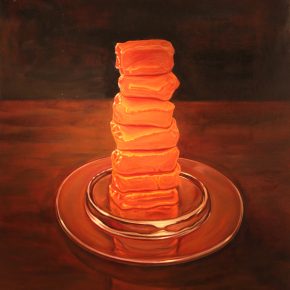 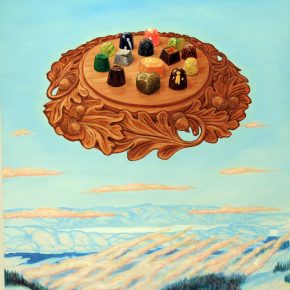 One culture’s culinary pleasure is another culture’s entrenched taboo. Which can come in handy if, say, you’re a young maritime Republic looking for divine protection and a little tourist industry: legend has it the Venetians swiped the relics of St. Mark, their patron saint, by layering them in pork — taboo for the Muslim customs agents in Alexandria who were supposed to inspect the cargo. Those custom agents were also forbidden alcohol, a restriction we may have to thank for our cappuccinos and lattes: the teetotaling Arabs compensated for their lack of liquor by giving the world coffee. To the Venetians, the Muslim habits likely seemed silly, and the successful thieves, once returned to their shimmering lagoon, probably enjoyed recounting their exploits on a Friday night, over a plate of fish.

Utah has its fair share of dietary oddities. Though Mormons would have had no qualms about digging through a layer of pork, they are restricted from both coffee and alcohol, as well as tea and cigarettes (fish, on Fridays or otherwise, is just fine). And like the Arabs, they make up for their abstinence from one stimulant with overindulgence in another: sugar.

As a lifelong Mormon, Kent Christensen knows this, and when, as a Masters student at the University of Utah he began to explore the conflux of food and culture he knew he had rich source material in his native culture’s use of food as ritual and symbol. A decade later he is still painting the sweet stuff: milkshakes, Oreos, caramels, and ice cream cones fill his paintings. These confectionary compositions are currently on exhibit in a mid-career retrospective at the Woodbury Museum of Art in Orem.

The retrospective stretches back to the artist’s student days at the Art Center College of Design in Pasadena, California with a couple of paintings that show his early interest in abstracted design and a palette that already showed a preference for cotton candy hues. Christensen’s ultimate path to sucrose took a detour, though, via a successful career in illustration. From the mid-eighties until the time he began his Master’s at the University of Utah in 2003, Christensen worked as an illustrator in New York. This period is amply illustrated in the exhibit by scores of illustrations created for publications like Rolling Stone, TIME and Business Week.|3| Christensen became known for his penchant for transforming the human head to fill the picture plane and illustrate the story. In his illustrations, often completed in a matter of a day or two, a mouth might stretch to become a computer screen or a skull pop open on a hinge to provide easy access for scientific experimentation. In a foreshadowing of Christensen’s later interests, an illustration for Juvenile Diabetes Foundation on exhibit shows the large forehead of a worried-looking female transformed into a canvas displaying her sugary cravings.|4|

With Christensen’s graduate work, these cravings started filling his canvases. They began simply enough, with a number of small still-lifes: of a Coke bottle,|5| a circle of candy corn, six small caramels. This experimentation matured into works that glorify, and almost deify the sweet stuff. The canvases were enlarged, so that a stack of glistening caramels now stands as tall as a young child.|6| And Christensen began exploiting the symbolic and metaphorical qualities of his subjects: cakes could make political statements,|7| and chocolates examine spiritual grace. In Christensen’s recent paintings, confectioned ice cream cones and milkshakes hover above the landscape like divine manifestations. These objects, floating above Hollywood,|8| New York, San Francisco, as well as Deer Valley|9| and Sundance,|10| are frequently tilted slightly in comparison to the landscape, making them appear as offerings. The paintings are cute, and there are plenty of jokes embedded in them, but they are also entrenched in the artist’s extensive understanding of art history. He points out that Caravaggio used to tilt his perspective as well, causing the objects in his paintings, hung high above on a church wall, to appear to protrude into the viewer’s space. While you have your art history book open to check that, you might also revisit Holbein’s “The Ambassadors,” where a painted skull only appears when looked at from an oblique angle. Christensen says a number of his recent paintings do something similar. In his “Map of Utah 1870,” where an Oreo and glass of milk hover above the landscape of Salt Lake City in 1870, careful examination reveals a pair of dinosaurs in the landscape, as well as an anachronistic Spiral Jetty in the distance.|11| Christensen’s reference to dinosaurs may be another friendly jab at his own culture: Utah is home to some of the best dinosaur sites in the world but also a healthy number of people who date the earth to a few thousand years ago.

What can leave outsiders scratching their heads may be fodder for serious table conversation for insiders. With the LDS church’s official ban on coffee and tea, many Mormons have debated the consumption of any form of caffeine. Eager theologians would point to BYU, the church-sponsored University, where caffeinated drink are unavailable at campus vending machines and food courts, and include Coke and Pepsi on the list of taboo treats. So when the LDS Church came out with an official statement earlier this year that consumption of caffeinated colas does not bar members from full participation, it caused a stir in some circles. Those outside the circle probably found the whole thing silly. As did some within the circle, Christensen among them. His most recent piece, the one that crowns this exhibition, is an installation of Coke bottles (delightedly emptied by Christensen himself – straight Coke, no diet, he says, and Mexican Coke, which contains cane sugar instead of corn syrup). The bottles, each emblazoned with “Celestial” in gold lettering and set against a very reflective grid of shiny aluminum, are arranged so that they form the silhouette of the Salt Lake Temple.|12-13|

You may not find your favorite Coke product in the Temple’s cafeteria anytime soon (yup, a cafeteria, it’s in the basement), but spend some time at this exhibit and you’ll find yourself imagining a perspiring bottle of the caramel colored stuff floating angelically above its spires.

Kent Christensen: Art of our Century is at the Woodbury Art Museum in Orem through July 20. You can view more of the artist’s work at kentchristensen.com.