Ken Sanders has been dealing knowledgeably in antiquarian books for half a century. (That’s why he has appeared on “Antiques Roadshow” on PBS for the past 17 years.) His downtown bookstore, at 268 S. 200 East, where Sanders has been located for 25 years, is treasured by aficionados from coast to coast for its rare and used books — but it will be replaced in a year or so, likely by yet another high-rise condo building.

And Ken? Well, he seems to have earned the title of “relic” after all this time: He and his books are moving into a museum — The Leonardo, a science and technology institution at the corner of 200 East and 500 South, just two blocks from his present location. The move is underway, the new bookstore has a fresh coat of paint, a few paintings, rugs and even a couple of maps from the current store. But if all goes as planned, you will have TWO Ken Sanders Rare Books to shop at this year. Both locations will be open for your browsing pleasure through 2022. 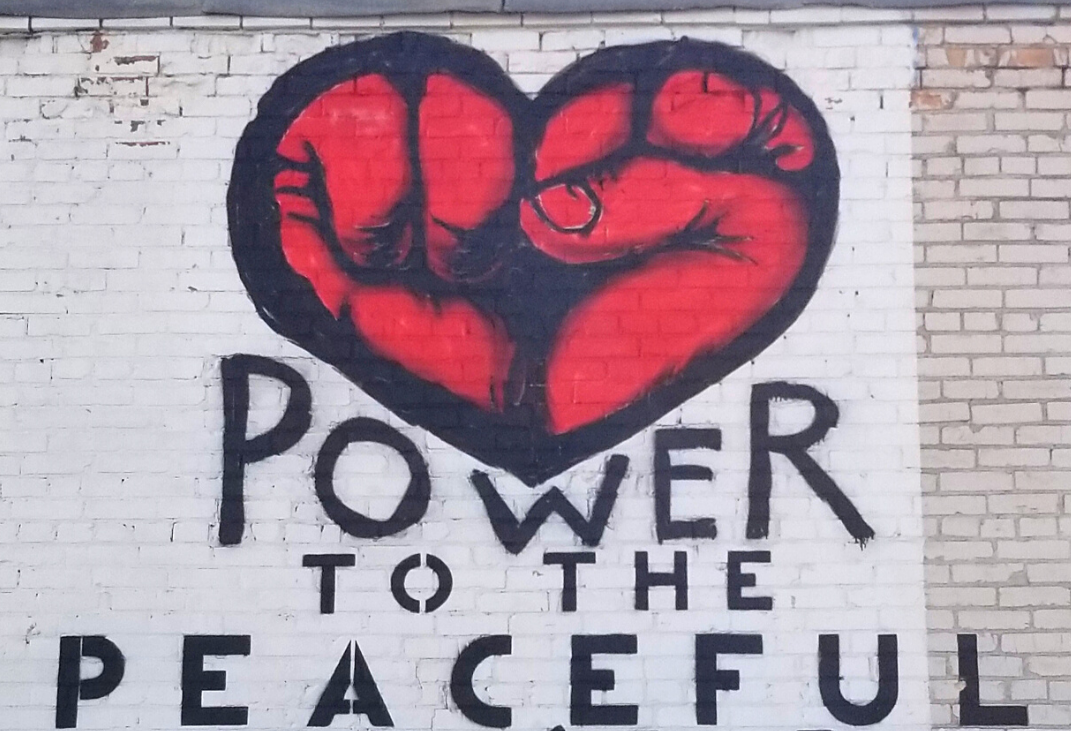 You will recognize KSRB’s 200 East location by the art and messages on the brick building’s exterior.

Don’t miss your chance to visit the 4,000-square-foot 2nd East and 2nd South store, if you haven’t yet been there. In addition to used, rare, and a few new books (and a fabulous children’s section), you will find art, ephemera, maps, photography and old, dreamy postcards — along with merchandise relating to Edward Abbey’s The Monkey Wrench Gang.

There’s a contest going on to name the new Children’s Reading Area in The Leonardo, which they hope to open in May: a hundred-buck KSRB gift certificate for the best name. Email your ideas to: books@kensandersbooks.com.

Ken and I both started at Sam Weller’s bookstore in 1970 when we were just kids. You wouldn’t have recognized him. He lacked his famous beard then and had very short hair. He took to book dealing instantly and would remain in the business in some capacity for the rest of his life. Sanders says, “As I like to tell the story, between 1970-1975 Sam hired me five times and fired me 10 times.” (There was always much shouting on the bookstore mezzanine when Ken returned from one of his buying trips to SoCal.) Sanders went on to create the famed (or infamous) Cosmic Aeroplane Books with Steve Jones and Bruce Roberts in 1975-76. “(Artist) Lucy Fairchild was my first employee and worked out of my old westside house,” Sanders recalls. “I founded Dream Garden Press in 1980 and mostly did publishing in that decade. I got back into used and rare books full time in 1990 and Melissa [his daughter] and I opened the downtown shop in 1997. Twenty-five years later, we are moving into The Leonardo,” says Sanders. 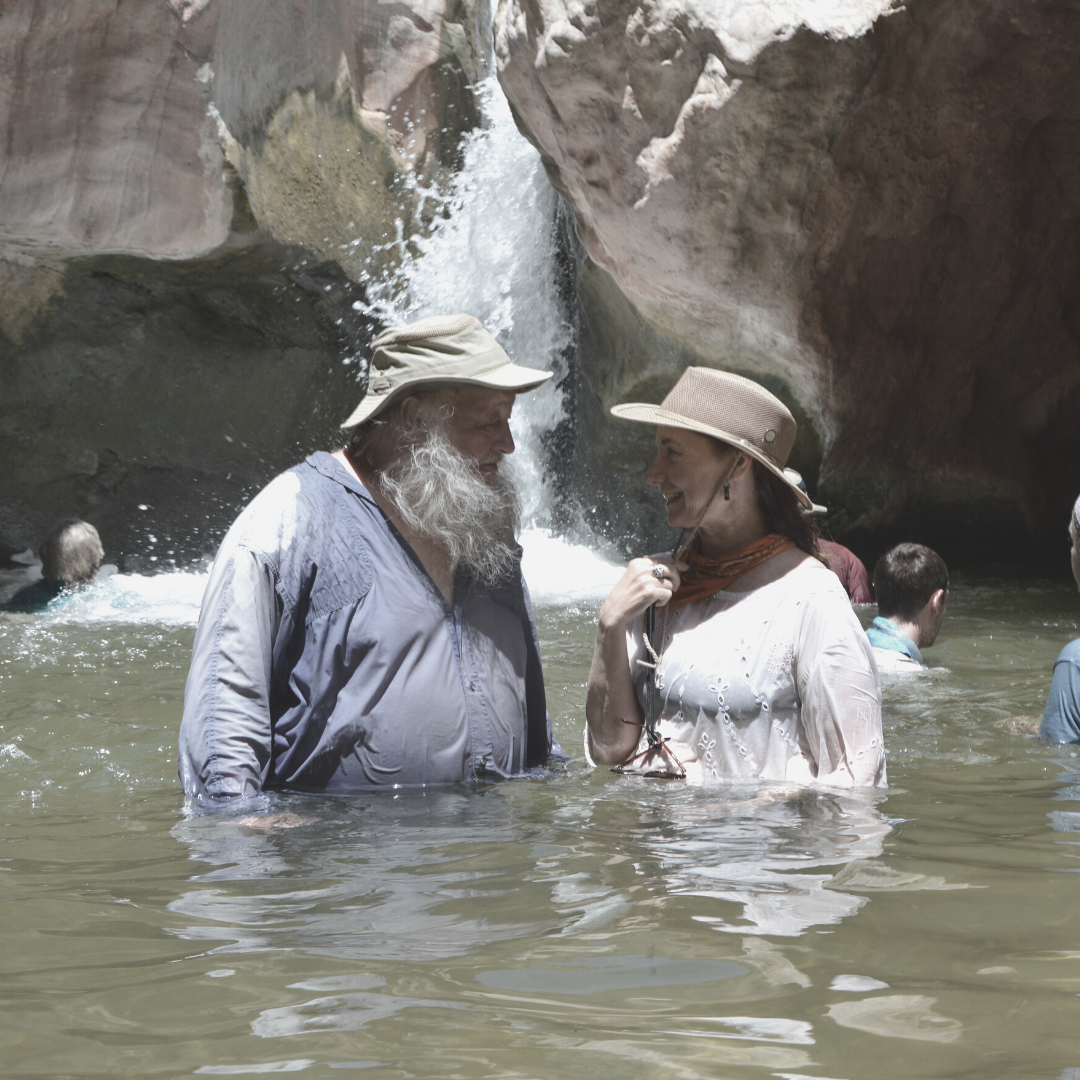 Ken Sanders, who has red sand running in his veins, in an advertisement for a river running trip with singer/songwriter Kate MacLeod

Currently there is a KSRB section on the main floor at the Leonardo. “We will be taking over more square footage as our move transpires. Now the real work begins, as we need to design and build our presence at the Leo, including shelving, chairs, desks, fixtures, and equipment. There will be a 1,600-square-foot bookshop on the main floor. We will need to imagine and design a used-book section in a 2,000-square-foot space of the downstairs, and there will be a large rare-books room in the heart of the building,” Sanders explains.

There’s a Go Fund Me in progress to help with the transition to The Leonardo. Your muscles will be required for moving books, as well. Sanders sends out weekly email updates if you are on the store’s mailing list, along with other interesting observations. He is as good a writer as he is a storyteller and that’s saying a lot.

Ken’s father, Stan Sanders, was “the black hole of Utah collecting,” says his son. He collected all sorts of historical things, including bottles and postcards. It is likely Ken got his taste for gathering books, maps, photographs, art and all the various other things you will find in his bookstore from Stan Sanders. Ken has donated numerous historically important postcards to the U of U’s Marriott Library and to the LDS Church History Department.

The Leonardo, once home to the Salt Lake City Public Library, opened as a nonprofit museum in 2011. Its mission is to “fuse science, technology, and art in experiences that inspire creativity and innovation in people of all ages and backgrounds.”