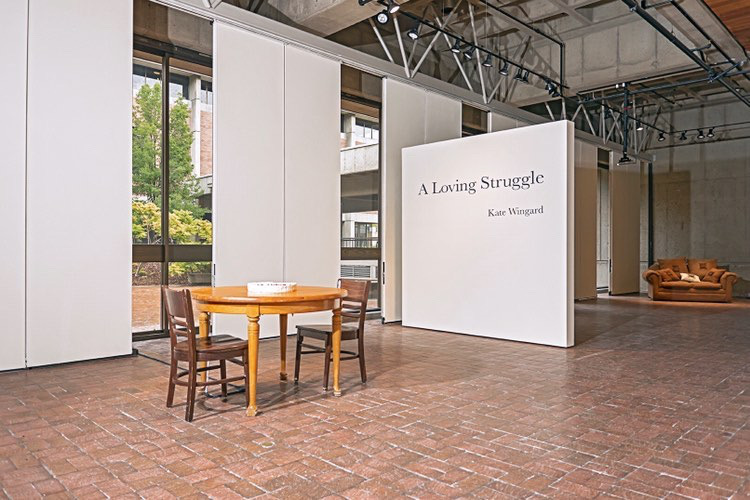 Installation view of “A Loving Struggle,” at the University of Utah’s Gittins Gallery

In Viktor Shklovsky’s “Art as Technique,” the character of a horse, contemplating the relationship between humans and their private property, wonders at the oddity of a person’s need to claim an object as “mine” without regard to if that object presents any function or necessity for the person claiming it. There is a realization in this essay — through the insight of this all-knowing horse — that to humans, the importance of ownership of a physical object is more important than one’s relationship to that object. That is to say, to own a cup is more important than using it.

In Kathryn Wingard’s A Loving Struggle, recently installed in the Gittins Gallery, the artist threw herself into the pursuit of understanding her own relationship to objects she interacts with, showing a fascination and intimacy with domestic objects and spaces. The exhibition was the cumulation of her two-year time as an MFA student at the University of Utah, and though her art practice has been dominated by analysis of physical objects, the exhibition itself proved to be more cemented in video and audio media than in the actual objects she was studying. It is in this simple but powerful gesture that the viewer is able to understand the artist’s intentions with her art practice, and ultimately what the exhibition aims to communicate.

The exhibition features three physical installations, each of a seemingly mundane setting: a normal-looking couch, a wall with plates, and a table with a cherry pie. Though on a surface level the settings seem to evoke average domestic spaces, further inspection reveals the uncomfortable nature of Wingard’s work: the plates, displayed in a decorative manner akin to what one may find in the home of a conventional grandmother, depict individuals in hospital beds appearing to be near death; the cherry pie jiggles to the vibrations of Wingard’s recorded confessions; and the couch, though fluffy and inviting, is embroidered with human hair and audio emanating from it echoes the disgruntled voices of a family unit.

Perhaps the most impactful piece in the exhibition is a seemingly simple video comparing parts of Wingard’s body to that of a cup: lips to rim, fingers in handle, and a grip around the base create an eroticized view of the cup. I would never have anticipated a moment in which I was made to feel uncomfortably aware of the intimacy involved in using a cup, but the experience was nonetheless delightful in its discovery. The video, split in half between imagery of body and imagery of cup, is an elegant summation of what is being spoken to the viewer:  the value of an object is not seen within the object itself, but rather in one’s relationship, and more importantly, one’s intimacy with that object.

The work exhibited speaks to the push and pull experienced in intimacy. By dissociating herself from the conventions of the objects at play, and inserting ones of unrest, unease, and friction, Wingard evaluates her relationship to the people and places she becomes intimate with by exploring the material culture that she associations with them. It is in every aspect that one can feel the push and pull that is being illustrated. Though the pie moves to the sound of confessions, it stops at just that, leaving you wondering what it is the pie is communicating. The throw pillows adorning the couch invite with the eerie sounds of voices, then cause repulsion with the sight and touch of hair. The plates feel cozy, until the specter of death becomes apparent. 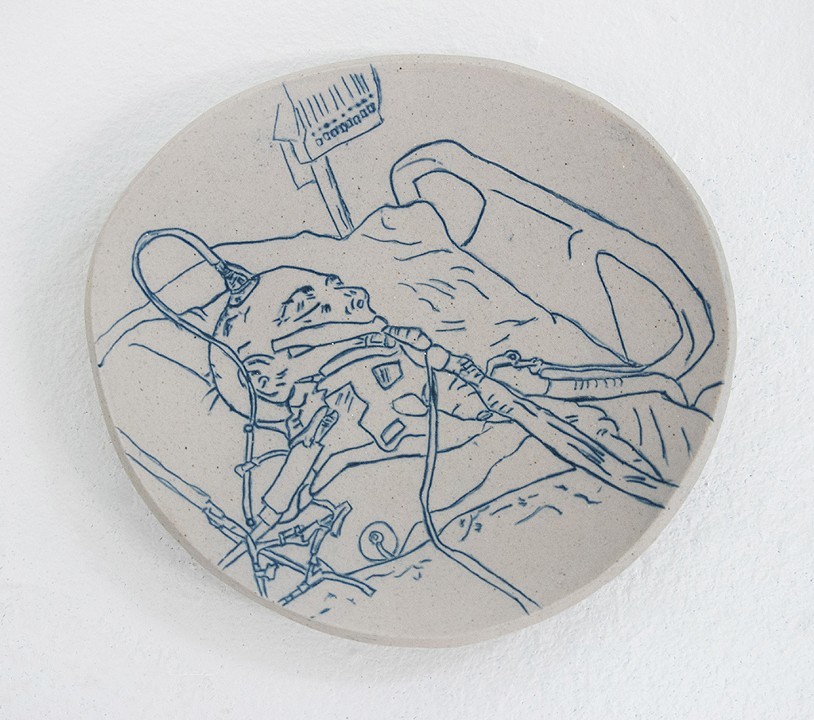 The objects under examination are dominated by one characteristic: all are vessels in some fashion. Some are more literal, such as a cup or a plate, while others are more abstract interpretations of the vessel —  a couch, a chair, or the artist herself (during the artist talk, the audience was given a taste of Wingard’s shy and reserved nature as she struggled with what to what to reveal and as we giggled with her at her slight embarrassment of the topic she chose to present: an atmosphere of a reserved disclosure was created, yielding both interest in and frustration with the work presented). The exhibit becomes entrenched in a potential for occupation. While some pieces remain empty, and can only cause the viewer to wish for something — even themselves —  to occupy that awkwardly empty space, other pieces become exploitative of their resemblance to occupational potential. The sight of watching Wingard read her hospital report while not only eating cake, but steadily increasing the velocity at which she consumes it, elicits both a morbid fascination and a sobering sympathy in the viewer. It is not just the mere action of the forceful consumption of cake that causes such feelings, but also its relation to the other pieces — an objectification of Wingard herself. Watching as she so unabashedly eats cake in an exhibition room filled with imagery of cup, plate, couch and chair lead to the idea that she is the vessel: a vessel to be objectified, to be judged on merit of potential of occupation, and one that is on equal grounds with the cup she is interacting with.

Though we should not require the very insightful thoughts of a horse to tell us this, we lead lives that are not only surrounded but also heavily influenced by our material culture. In a culture that is so ingrained in mass production and accumulation of material goods, A Loving Struggle, poses a needed perspective of a shift from valuing an object’s physicality to valuing our relationship to what that objects offers us — and because of that perspective, an awareness of the push and pull around intimacy and interaction is established. 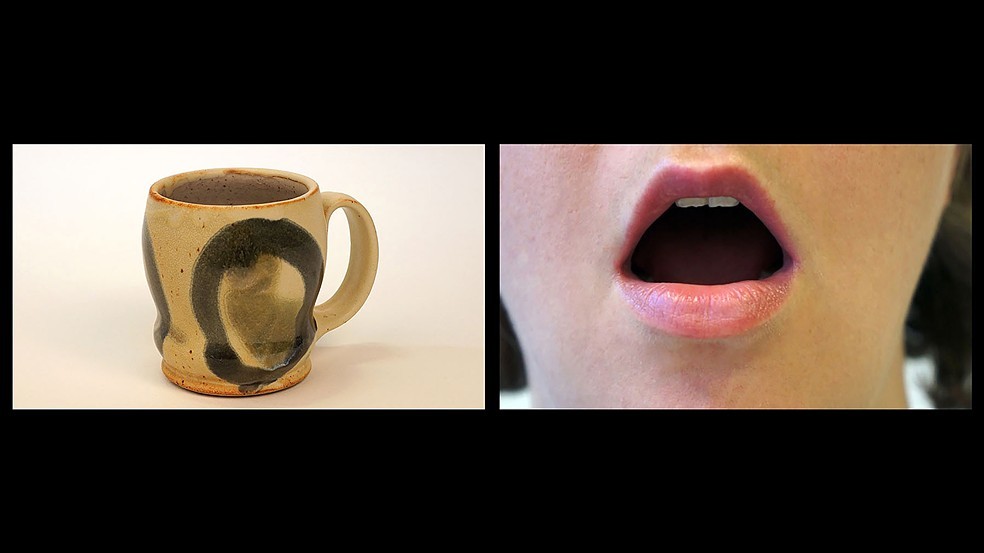