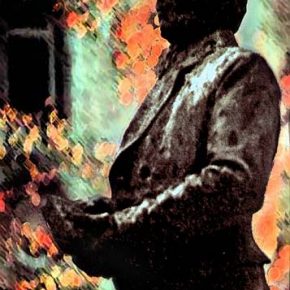 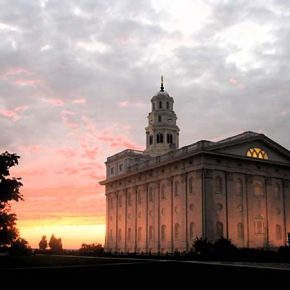 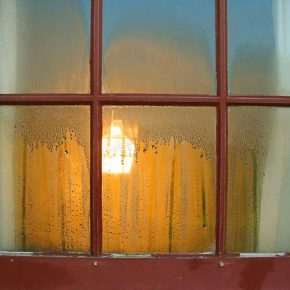 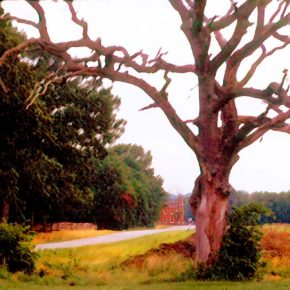 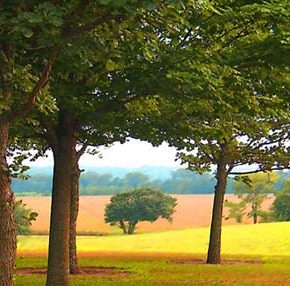 On December 23rd, the Church of Jesus Christ of Latter-day Saints celebrates the 200th anniversary of the birth of church founder, Joseph Smith. Smith’s tumultuous life has received attention from the time he began speaking of visions and golden scriptures to his assassination in a frontier jail; and his life and personality continues to fascinate modern thinkers and scholars, including literary critic Harold Bloom and Columbia University professor Richard Bushman, who recently published a cultural biography of Smith, subtitled “Rough Stone Rolling.”

Joseph Smith also fascinates many artists, especially those associated with the Mormon church. Salt Lake photographer, Don O. Thorpe, is one such artist and his recent pilgrimage to the sites of Joseph Smith’s life are the subject of an exhibit opening at the Springville Museum of Art at the end of this month.

Thorpe is a Utah born artist who has shown at the The Finch Lane Art Gallery, Eccles Gallery, Harris Fine Arts Gallery, The Utah Arts Council’s Alice Gallery and others. He has developed a personal style he calls Impressionist Photography that uses digital technology to create effects in his photographs to enhance his subjects’ emotional character. Many of his photographs are fairly untouched while others can be very graphic oriented, with saturated colors and pixilated surfaces.

This summer, Thorpe held an exhibition of photographs at the LDS Nauvoo Visitors center. Nauvoo was the last home of Joseph Smith and the city the Mormons fled before coming to the Rocky Mountains. The subjects of the photographs were “sites and artifacts relating to the life and times of the Prophet Joseph Smith. The photographs were created with a variety of photographic and artistic techniques using color and texture enhancements designed to touch the emotions as well as the literal senses.” When he returned to pick up the pieces from this exhibit, Thorpe spent more time visiting sites related to Joseph Smith and the LDS church. Photographs from this trip, as well as those in the Nauvoo exhibit, will be on display at the Springville show Joseph, Joseph, Joseph.

One of Thorpe’s pieces depicts a statue of Joseph Smith. |2| Thorpe’s impressionistic technique reduces the background material into washes of teal and orange contrasting against the silhouette of the statue to create a very modern look. Many of Thorpe’s photographs are about place rather than person. With the specter of a dead man – and his legacy – as subject an artist must go to other places to reveal his subject. Many times Thorpe does this with shots of the buildings – a newspaper office, the prophet’s home in Nauvoo, the temples at Nauvoo and Kirtland – Joseph Smith and his people built. |3| Sometimes these can feel too much like travel brochure images. But in other shots, Thorpe creates more subtle images.

Smith Cabin Window at Palmyra” is one of my favorites. |1| The photograph shows a cold, wet, misted-over windowpane, with the diffused light of a lantern seen through the glass. The piece creates a strong sense of separation, of being in and being out, of looking “through a glass darkly.” In this respect it is a strong work in and of itself. With the title, more associations come to mind. The photograph seems to highlight the concept of “the veil” articulated by Smith, a veil of understanding between this world and the supernatural world, a veil that Smith parted at various times in his life. The glassed over window also reflects the attempts of scholars, the faithful and the curious to understand Smith, especially his early years.

Many other images are landscape scenes, many depicting early morning or evening. Though this is often a choice for photographers because of the effects of light, I think it is also central to Thorpe’s attempts to depict Joseph Smith’s life through the landscape. The morning motifs reflect Smith’s “birth” of a new religion, his “ushering in a new dispensation” as Mormons often say. And the twilight scenes reflect Smith’s tragically early death. In this respect “The Road from Nauvoo to Carthage” is a powerful image. |4| It shows a lumbering, leafless tree, but from the green grass and trees in the background we know that the tree is dead rather than slumbering in winter. The tree almost looks like a crucifix prophesying Joseph Smith’s martyrdom.

Some of the other landscapes have some very strong composition with the verticality and curves of trees juxtaposed against the straight lines of the Midwest landscape. |5| A number of the images seem to be very well done and I think will have an appeal to a broad audience, but I imagine that most will be attracted to the images as visual reference points of the life of a man they care dearly about. This is what has attracted the artist to these places.

Joseph Smith has a special place in my life.” Thorpe writes. “ My wife is a convert to the church from France, and though she knew the restored church was real, she had some reservations about Joseph Smith. So, during the first year of our marriage, I took her with me on a six-week tour of many of the church historical sites. On a hot summer day in August we climbed the stairs of Carthage Jail and stepped into the room where Joseph and his companions were shot by a mob. We were the only people in the room, standing there in hushed silence. Suddenly my wife began to cry and said, ’I know Joseph Smith was a prophet and I can feel his spirit in this room.’ Since that time, Joseph Smith has been a special member of our family circle. We named our first born son after him, and I dedicate these two exhibits to him as a token of our love and eternal respect.”

If you catch Thorpe’s exhibit, Joseph, Joseph, Joseph in its first week you’ll also be able to see the Springville Museum of Art’s annual Spiritual and Religious Art of Utah, where you’ll find a number of other artists who were influenced by the man Thorpe and the LDS church celebrate this month.