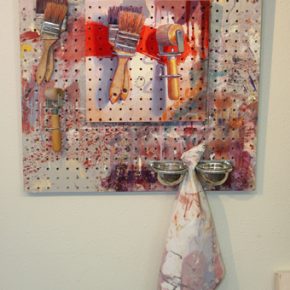 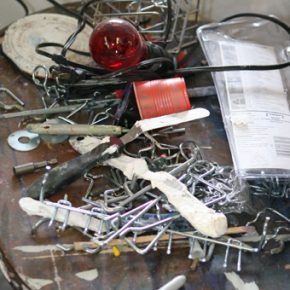 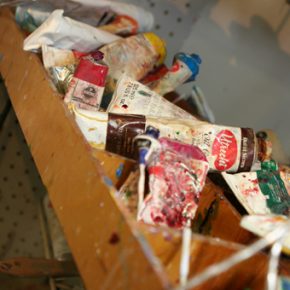 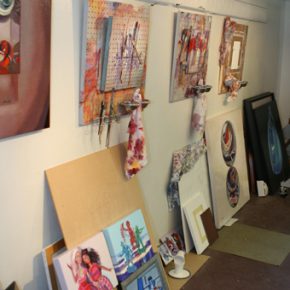 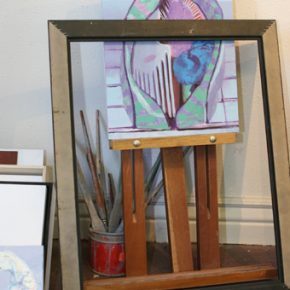 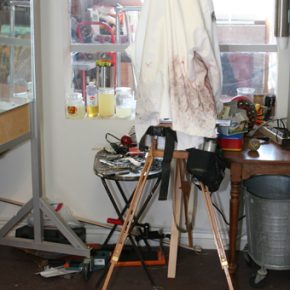 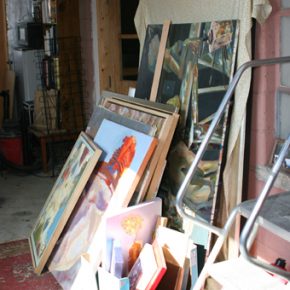 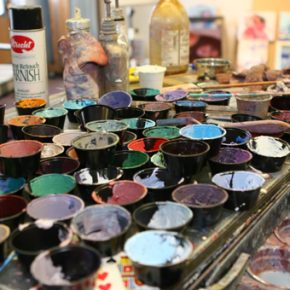 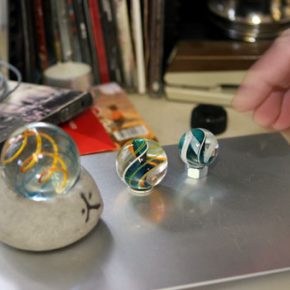 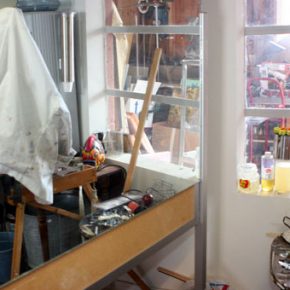 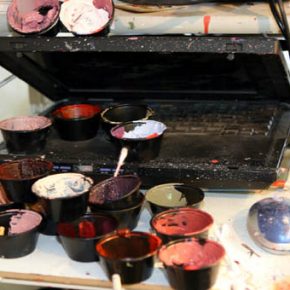 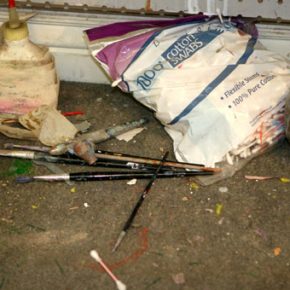 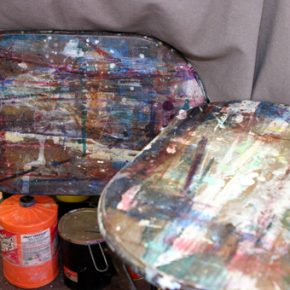 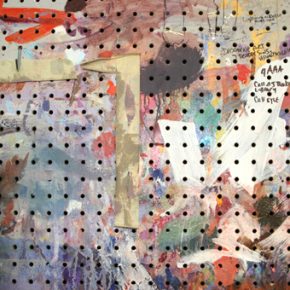 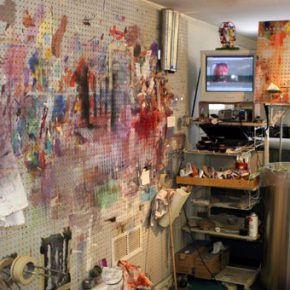 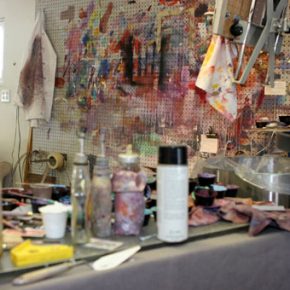 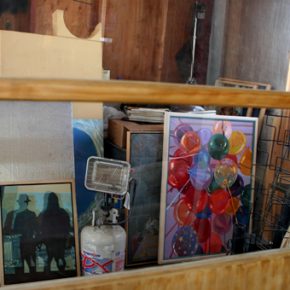 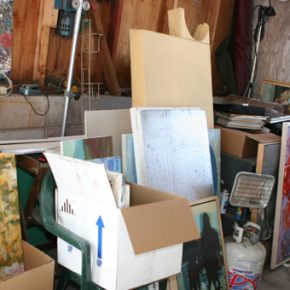 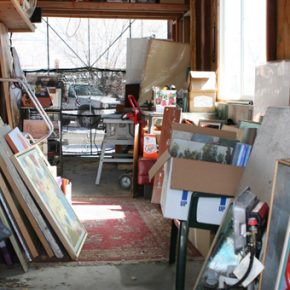 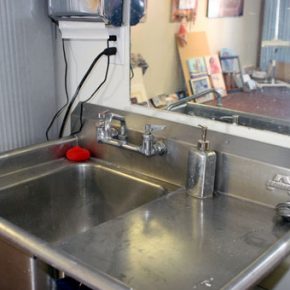 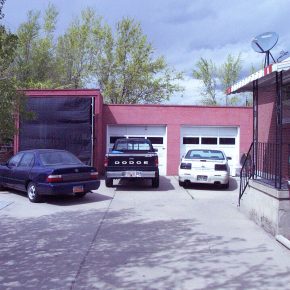 You might call Midvale painter Jon Johnson the McGyver of the studio space. He enjoys tinkering with gadgets and adapting furniture, tools and found objects to the unique needs of his art. He has a small gadget made of a magnifying glass and laser pen which he uses to create perfect circles of all sizes in his detailed renderings of marbles. He has converted an old xray machine into an adjustable easel. Another contraption allows him to spin his paintings in a full circle, permitting him to work on any corner he wishes.

Johnson has also brought his tinkering skills to the actual conversion of the studio space which houses his easels, palettes, paints and gadgets. Johnson’s space is a two-car plus garage on the property of his 1950s home in Midvale. The two-car garage is made of cinderblock. A later addition in wood was added to the south side and, with its twelve foot ceilings, was apparently meant to store a trailer.

Currently Johnson works in the garage space and has plans to move his working space into the addition as well. He dropped in a ceiling beneath where the garage door swings up and added a wall, essentially sealing of the room from the doors. The doors, however, are still functional and Johnson uses the space between them and the wall to store large canvases. He has a large working area for his painting and keeps a computer monitor nearby to see the enlargements he has made of his marbles. A sink he found at a K-mart going-out-of-business sale serves for his clean up needs. He has incorporated other found bits and pieces into his studio: a pair of old school doors for the exit to the trailer space and a booth from an old restaurant for sitting. The props and tools of the studio have begun to take such a presence in his working life that he has even incorporated them into multi-media works which are an assemblage of a painting of the objects, the objects painted and the tools used in painting.

To view more of the artist’s work visit his website at www.jonjohnsonfineart.com