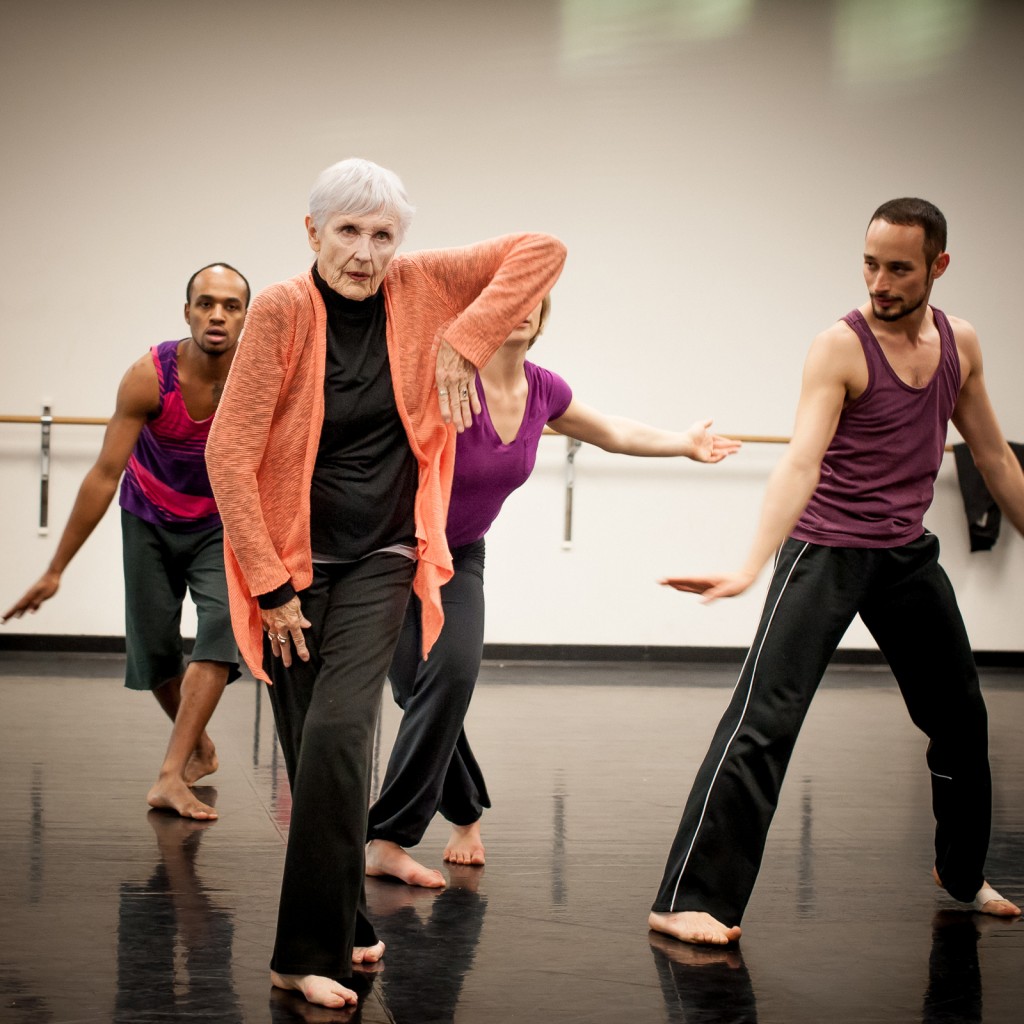 In Utah’s 15: The State’s Most Influential Artists, the publication to accompany our current exhibit at the Rio Gallery, Laura Durham tells the story of how Ririe-Woodbury Dance was born. It began with job sharing.

Joan Woodbury, one of the honorees in this our new program, says she and Shirley Ririe both decided they wanted to teach dance at the University of Utah’s fledgling dance program: “So we held hands and marched over to President Olpin’s office just like the Bobbsey Twins and said, ‘We’d like to job share.’ And he said, ‘What’s that?’”

The pair shared the same salary for a decade. Then, in 1963 they invited Chicago choreographer Alwin Nikolai to lead their summer workshops. “Nikolai taught about being present in dance and present in your life,” Woodbury explains. “He said you should transcend yourself and become bigger and faster than you are, changing your body so you can be expressive with yourself and communicate with someone else.” He also encouraged them to form their own troupe, and to call it by their own names. “We decided Ririe Woodbury was the easiest to say, and in 1964 we founded our company.”

How old is dance in Utah? Well, it certainly goes back thousands of years, to the movements around campfires by the ancestors of the peoples native to our state. Pioneers, miners and intrepid explorers added their own dances to the mix. But as a mature, fine art form, we could say that dance in Utah is 50 years old.

It was in 1963 that Ballet West was formed by Willam F. Christensen, who in 1951 had established the first ballet department in an American university at The University of Utah, and Glenn Walker Wallace. It has grown to over 40 company members, 10 second company members, and a thriving academy, making it one of the top ballet companies in the country. On September 16, 2013, at the beginning of their 50th anniversary season, the company officially broke gound for the Jessie Eccles Quinney Ballet Centre, their new home next to the Capitol Theatre in Salt Lake City. In 1964, Ririe-Woodbury was formed, adding the modern dance component to Utah’s dance scene. Two years later they were joined by Linda C. Smith and Repertory Dance Company.

In the fifty years since, dance has thrived in Utah, giving birth to and nurturing multiple forms, companies and choreographers. Take a look at the various reviews on dance we publish in conjunction with loveDANCEmore (another form of job sharing) and you certainly get the sense that the vitality of artistic movement in Utah is certainly disproportionate to the state’s population.