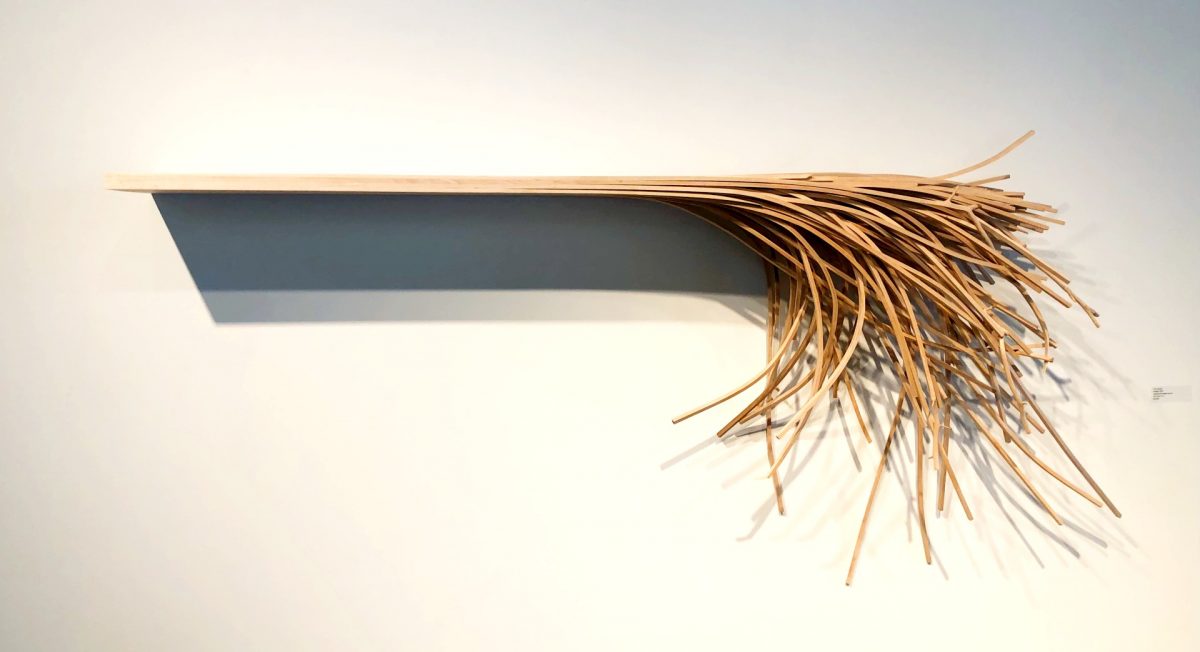 The first Jim Jacobs sculpture that many Salt Lake City gallery denizens may recall seeing was a combination of two wooden objects, one a rather plain chair and the other a sapling big enough to be identified as a tree, yet small enough to fit into the high-ceilinged space of the Rio Gallery, a former railroad waiting room. Perhaps because both were made of the same material, the transplantation was far less disturbing than it would have been had someone put the head of one animal on the body of another. In fact, the response was overwhelmingly positive. Viewers saw it as a kind of poetic gesture, which may have softened or even prevented the realization of how disturbing it could have seemed. After all, in order for the chair’s leg to transform into a tree, either the chair or the tree had to be turned upside down. No such chair could support a sitter, neither could a tree be healthy with furniture for roots.

Plants of all sorts have been grafted almost since the invention of agriculture, which could mean not just hundreds but thousands of years. As Jacobs points out in his statement, this was and still is done primarily to improve their production. Apples grow poorly on their native roots, but can be grafted onto those of a different variety to produce larger and more luscious fruit. Not only that, but four or five varieties can be placed on a single tree, thereby saving space on a small orchard or garden. What may be lost in grafting is the inherent nature — the natural identity — of the plant. Today, when many people are concerned with locating their identities and becoming more like what they believe themselves to be, individually and fundamentally, grafting is open to question. What Jacobs does, in large part, is produce beautiful objects that, in addition to their undeniably striking visual and physical presence, generally cast doubt on the reasonableness and overall desirability of gross manipulations that take things out of their own category, their own naturally derived form, and turn them into something that nature would probably never produce. Not for nothing has Mary Shelley’s “Frankenstein” become a lasting and universal descriptor for such hybrids.

If a lesson in sensible botany were all Jacobs had in mind he might have exhausted his points years ago. While wood is a particularly amenable medium for his formal pursuits, though, it is also universal enough for his examples to function metaphorically. In “Exchange,” two school desks face each other across a space that might suffice for two debating students or one who instructs while another listens. What emanates from each workstation, however, scatters into a multitude of rays, some of which enter the space of the other participant’s body, while the rest fly off randomly. This could symbolize how some of any lesson goes astray and may represent wasted effort, or it may end up captured as the property of a third party. If these alternatives seem a bit diagrammatic, the physical presence of the work and the compelling way the many wooden spears seem to instantaneously and energetically fill it make for a satisfying work of sculpture. Compare this to “Respire,” built on the model of a coat-hanger with arms that divide and descend in random patterns, but some of which curve around and return to the other arm. The motif of reconnection recalls that respiration is a circular, reciprocal action, not at all linear like dissemination, while the overall shape recalls a human torso and a pair of lungs, in which case the presence of dead leaves hints at ominous local possibilities. Or, overall, it could say something about the unhealthy prospects of lives lived in closets. 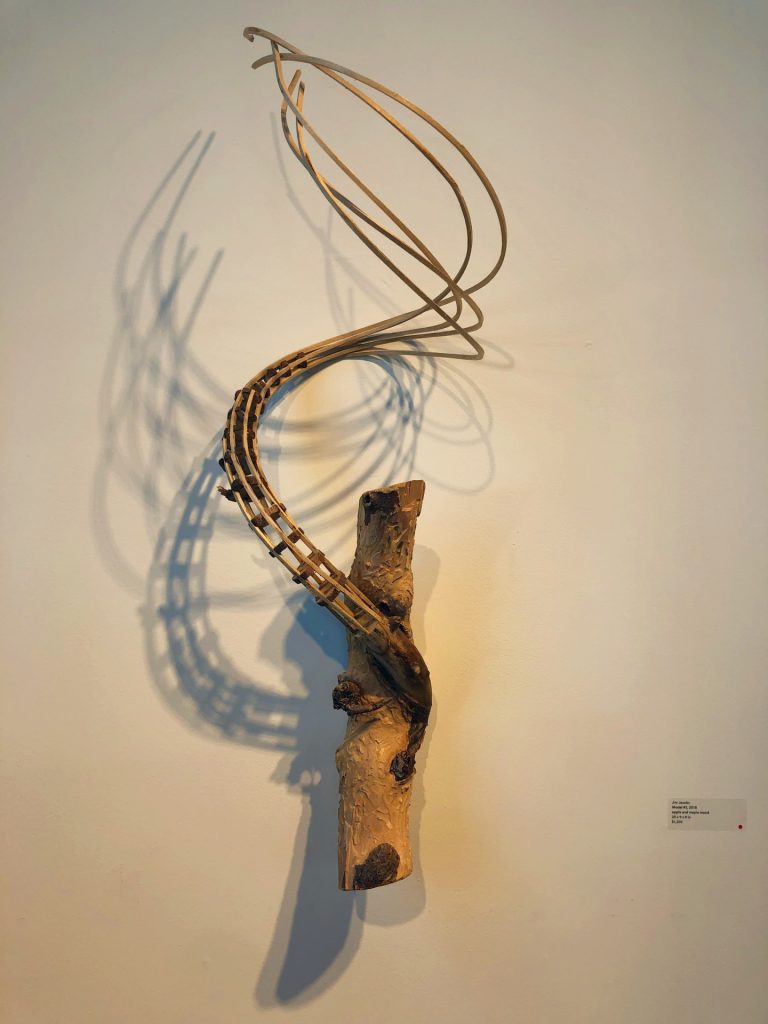 Since he retired from his position as a very popular and respected art professor at Weber State, Jacobs has continued to use wood he finds in its natural state, as with the twigs in “Respire,” but particularly in a series of small studies he calls “Models.” In these, he seems to respond to particular prompts from what he finds. In “Model #5,” a smaller branch emerges nearly parallel to the larger branch that spawns it, and he has turned that smaller member into a meticulously crafted, structural diagram of its possible shape as it circles around its eventually truncated source, so that like a memory it conjures up the missing part of the limb. Part of what makes this particularly satisfying is the shadow it casts on the wall it’s mounted on.

More often than raw plant forms, however, Jacobs uses machined wood — lumber — that will split apart into square dowels that together equate to the original board. In “Ledge,” another example of flawless woodworking matched with equally precise use of language, he shows what could have been called a “shelf,” if that word didn’t seem so sturdy and workmanlike. But a ledge conveys — sounds like — something dangerous, and the way this one explodes into wooden spaghetti as it travels, left-to-right, might well caution a thoughtful viewer. In “Breach,” a bravura version of the same effect, it’s a baseball bat that erupts in an explosion that implies how the energy imparted at one end is multiplied many times before it emerges at the other. 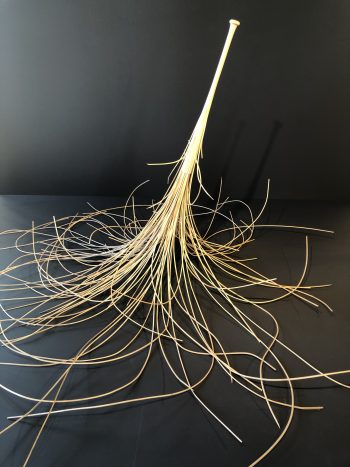 At Modern West, Jim Jacobs presents previously unseen and possibly inconceivable objects that are as impractical as they are eloquent. In “Woke,” a single board ruptured at its center, he may be contemplating how certain events don’t end things, but neither do they leave them unaltered. That’s a good way to think about enlightenment, whatever form it takes, and what it does to the categories of thought. It’s also an accurate representation of what a can happen to the open-minded in a library, say, or a fine art gallery.