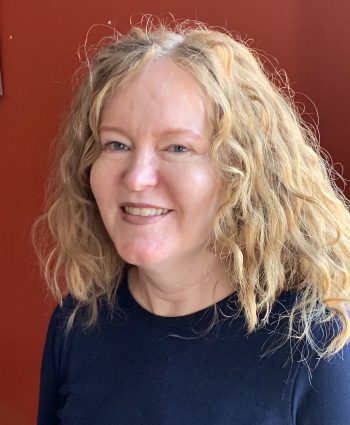 READ LOCAL First represents Utah’s most comprehensive collection of celebrated and promising writers of fiction, poetry, literary nonfiction, and memoir. This week we bring you poet Jennifer Tonge. Tonge resides in Salt Lake City and earned an MFA at the University of Utah. Her work has appeared in numerous journals and, most recently, as part of the Visible Poetry Project.

We begin with Jennifer’s poem, CATAFALQUE, which originally appeared in the New England Review. This poem is followed by a series of syllabic acrostics in which the Turkish name of the title fruit runs down the poem’s left margin. Tonge came up with the idea from the fruit she ate in Turkey while living there. The poems are featured on Zoetic Press’s podcast The Literary Whip theliterarywhip.com.

Stone and twig and chip,

the world we walk

as the leaves are going

the gulls come in

to the inland sea.

The sky’s come down

this year; the aspen

are stark against it.

When I go to the foothills,

I look out at the basin;

when I go to the basin,

I look back at the mountains.

a tether at either end.

I stand looking into

This yellow has pushed

is on its way

where it will find

or be waiting for her.

A moment of renunciation—the world

Recedes beneath the sudden flush, gilt with lutes’

Minstrel notes. Each one flickers its tart edges,

Undone by that whispering sweet, the same sly

If you would know me, you must break my skin—see, it’s bruised

Nearly black with readiness. It will just tauten, then

Cleave and show my many constellations. Don’t grimace;

Injury is part of every union. You want my

Ruddy pulp; you can’t get it without using your teeth.

Above fevered plains, rough-skinned site of his most

Verdant longing; you think you know your own, but

Under your hand it is changing—not a globe,

Now you’ve opened it. Hollow without its seeds—

Keep to yourself your secret,

absolute as ice. Should you

yearn to tell, recall only

in that unchaste split-second

it took forever the tree—

See if you can do this cleanly: the cleft velvet

Fullness; it will gush at your bite, it will drench you.

Think this hyperbole in what words you choose, staid

Adam reaching, then know it in the flesh: it is

Luscious beyond recall. But, you think, this region

Is famed also for its baths and its thick, thick towels.

Ever the beloved: first-fruit

rich on the altar, soft landing

in lap. Ever luscious, ever sere.

Killingly do we covet it.