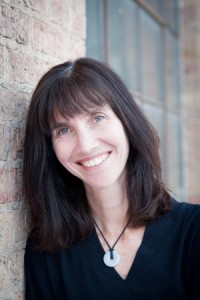 Suspended dramatically over the city, Sinor read from a collection of mesmerizing essays that feature men in her life and question masculine narratives. Her writing is deeply touching, anchored in place and physicality. In “Memories of the Future,” Sinor described her young brother’s mischievous build-a-bomb disaster. The explosion left fissures like dried lava across his face and chest, permanently mapped on his body in a topography of loss.

How does trauma inform our present identities, she seemed to ask, our collective shame, our rejections of self and others? What about our ability to accept and love whole-heartedly, to mitigate future losses?

Sinor’s second reading, “Openings,” isolated her father’s hands, their marked aging, the slight shake that motivated him to hide them deep in pockets, prevent discovery and labeling. When he tried to open a jar of pickles, “you head in the other direction, toward your bedroom . . . unwilling to witness the quiet desperation with which he confronts the jar.” The beautiful essay is available online at Brevity. Also online, her exquisite “The Little Bear,” published by ASCENT, engenders astonishment and connection. 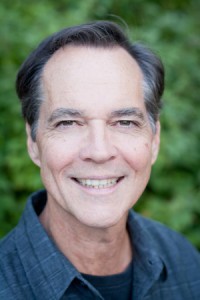 Michael Sowder took the stage to read poetry from his superb House Under the Moon and The Empty Boat.Raised staunchly Catholic, Sowder’s spiritual path wound through an “altered-consciousness” experiment in early adulthood before he turned to yoga and meditation, nearly took vows as a monk, and found a twenty-year respite in Buddhism. In many ways, he’s circled back to a yogic practice, and House Under the Moon reflects this eclectic spirituality rich in yogic, Hindu tradition.

Sowder’s poems about spirituality, fatherhood, and the beloved are transcendent. “Out of the mud and muck of the middle things, / something [is] unfolding, being born,” he says in House Under the Moon’s “The Middle Way.” While those in the Sufi tradition practice self-denial, drinking can be a symbol of divine intoxication, as when the speaker’s interior shifts in The Empty Boat’s “That Drink.”

More and more edges
soften, thin,
until all the transoms open

and you see how things
are sunk and set in light.
Then the heart

His reading left listeners feeling a deep sense of reverence. David Bottoms described it well when he reviewed the poems, declaring Sowder “knows that the secret message of poetry is connection, and . . . to turn inward and find the spirit is also to discover the spirit moving through the world.”

To both writers, the deeply personal is universal. Their visit to Salt Lake City was a literary treat.