Strata of Wax: Jeff Juhlin at A Gallery 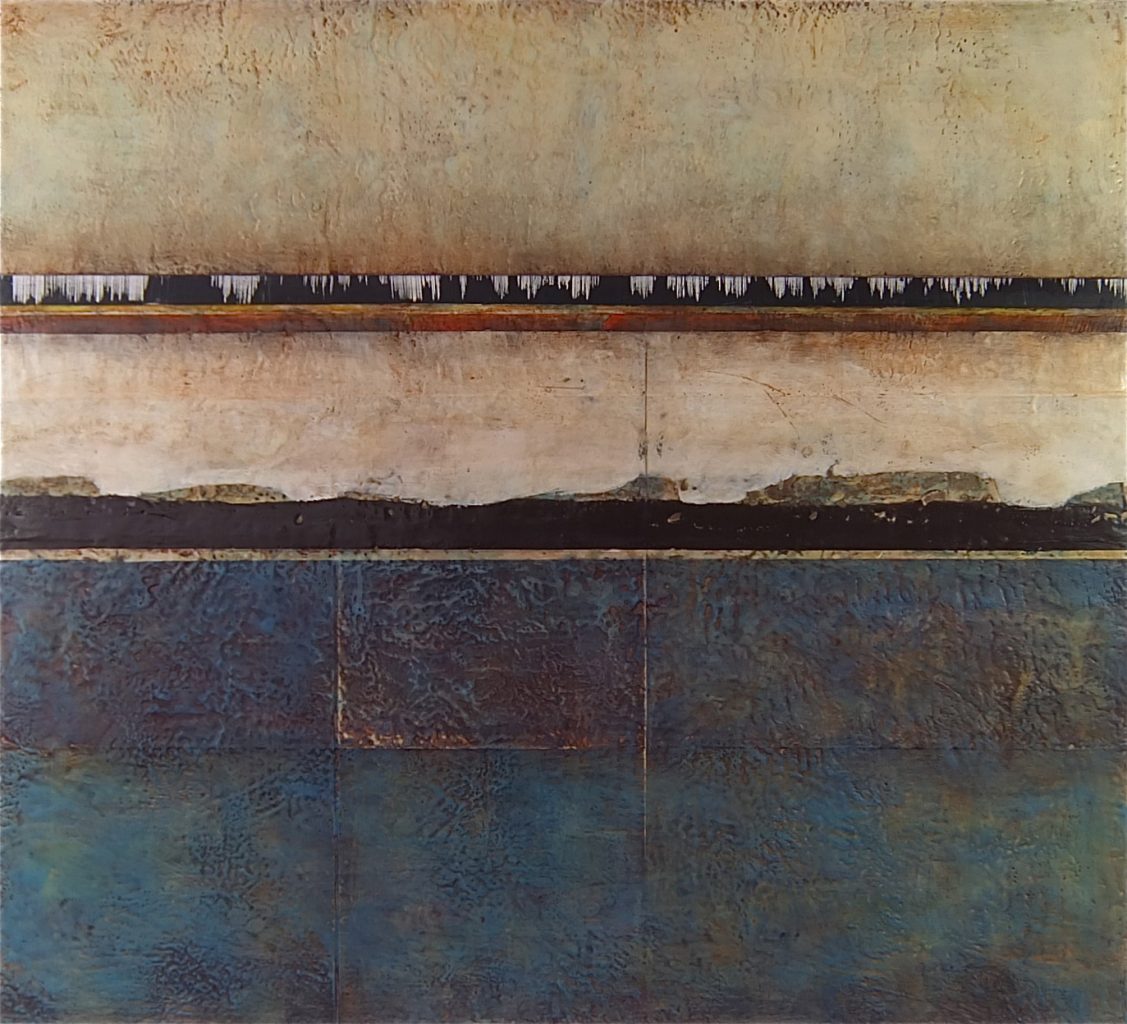 Getting to Jeff Juhlin’s studio on Salt Lake City’s west side is an adventure, something of which the artist – nationally known for his encaustic and mixed-media work—is well aware. “You were only five minutes late,” he says with a smile. “The guy who came to see me earlier was over an hour late finding this place.” He points out that he is located in a spot in the city most people never have been to before. “I like being obscure.”

It’s a terrific space: tidy, lots of windows, trains, plenty of room to work and hang out, back area for storage of the Baltic birch panels and poplar he uses to make panels for his encaustic pieces, and a printmaking press (another medium of Juhlin’s), as well as places in front to hang some of his work, both for him to look at critically as he paints and for display.

Encaustic is painting with hot, pigmented beeswax, with layers manipulated and fused to one another by a heat source. They can be continually re-worked, carved, sculpted; and mixed-media artists like Juhlin will embed paper, fabric, beads and other materials into the wax. The optical effects and layering in encaustics, he says, are unlike any other art form and the process dates back to the ancient Egyptians.

He sells at several galleries across the country, and his Salt Lake City dealer, A Gallery, will have an opening reception for Strata, one of Juhlin’s rare Utah exhibitions, May 15 from 6-9 p.m. during Gallery Stroll.
The first artist to work in and show encaustic work in the state more than a decade ago, Juhlin, 67, worked long and hard to build a national reputation as a painter and mixed-media artist. Encaustic is now his primary medium and probably constitutes 90 percent of his studio practice. He also teaches encaustic at the Kimball Art Center in Park City (where he once gave Toni Youngblood — see page 1 — some pointers), at his Salt Lake City studio (he has another in Torrey), and has been an artist in residence for six years at the Hui Art Center in Maui. Juhlin’s work has been featured in several books and can be found in private, corporate and public collections. He holds a bachelor’s in drawing and painting from the San Francisco Art Institute. 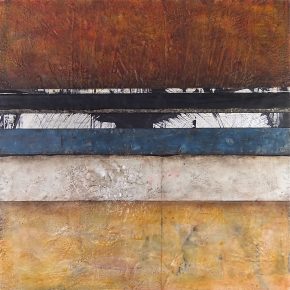 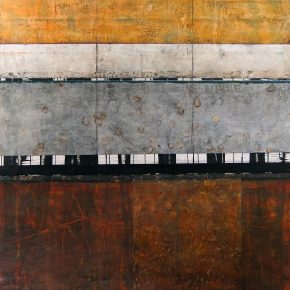 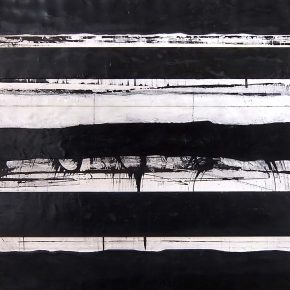 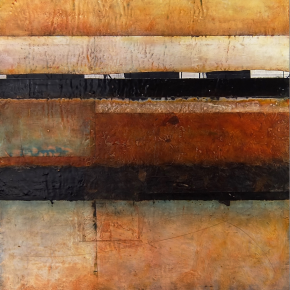 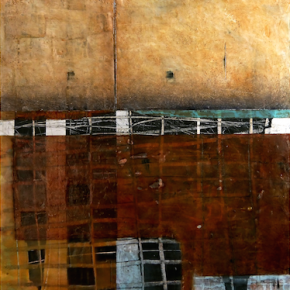 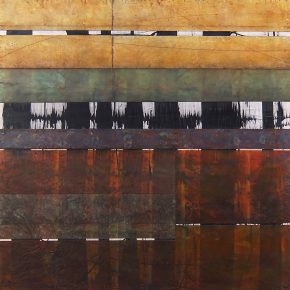 He explains that his paintings were color saturated for a while (and a single older piece in the show evidences this) but became neutral after he spent a lot of time in the desert. Color is re-emerging, but so is black and white, because of his love for Eastern influences, and using sumi ink and Asian papers in his encaustic work. Indeed, all of the other pieces in the Strata series have sumi ink lines in them.

According to Juhlin the show is called Strata as a way to physically describe the work and imagery in general, the many layers of paint, paper and ink applied on top of one another “in often, but not always, a horizontal, layered configuration.”

Metaphorically, the abstract artist explains, “It’s a visual expression of life and its many complex layers of physical and emotional experience. I just don’t attach a recognizable image to it or tell a story.”

The exhibit is fairly small, 14 pieces (though several monotypes and six gray studies are elsewhere in the gallery), hung in the center room and nicely illuminated by both well-placed track and natural light falling from the high skylight/clerestory ceiling. A feature of encaustics is that they catch and reflect light enticingly – these pieces shimmer.

In “Stratum 4,” vertical elements of sumi ink seem to form bare winter-like trees that peek out from behind bars of textured colors: neutral earth tones at the bottom of the panel give way to a bright band of green and two of ochre with fine knife marks making lei lines on the surface.

“Stratum” (you see the theme here) is featured on the postcard for the show and the reason is evident. The numerous segments to this work are clearly inspired by colors of the southwest desert. From the side, its many layers of beeswax can be observed, while interesting textures and knife marks on the surface lend a satisfying aura of mystery. Lovely blues bleed through the surface in several places. This is clearly the work of a master of the genre.

“Gray Strata” has what appear to be (and almost certainly are not) small leaves embedded through portions of the work to engaging effect. Palette knife marks in the left and right segments of the lower portion offset the slightly lighter, dappled center sections. A thin, marbled, much-layered line tops this with an exquisitely reflective and slightly thicker black horizontal line above. The sumi ink lines are covered here by a wide horizontal gray filled with the amoeba-like flowers topped with textured vanilla and ochre.

“Pass Through” is an elegant work with thick encaustic, much mark-making and an aura that almost puts one in mind of a visit to Antelope Island: water spread out below, islands in the distance, vanilla skies above. You, of course, will have a different take on this lovely abstract.

As the artist intends that you should. 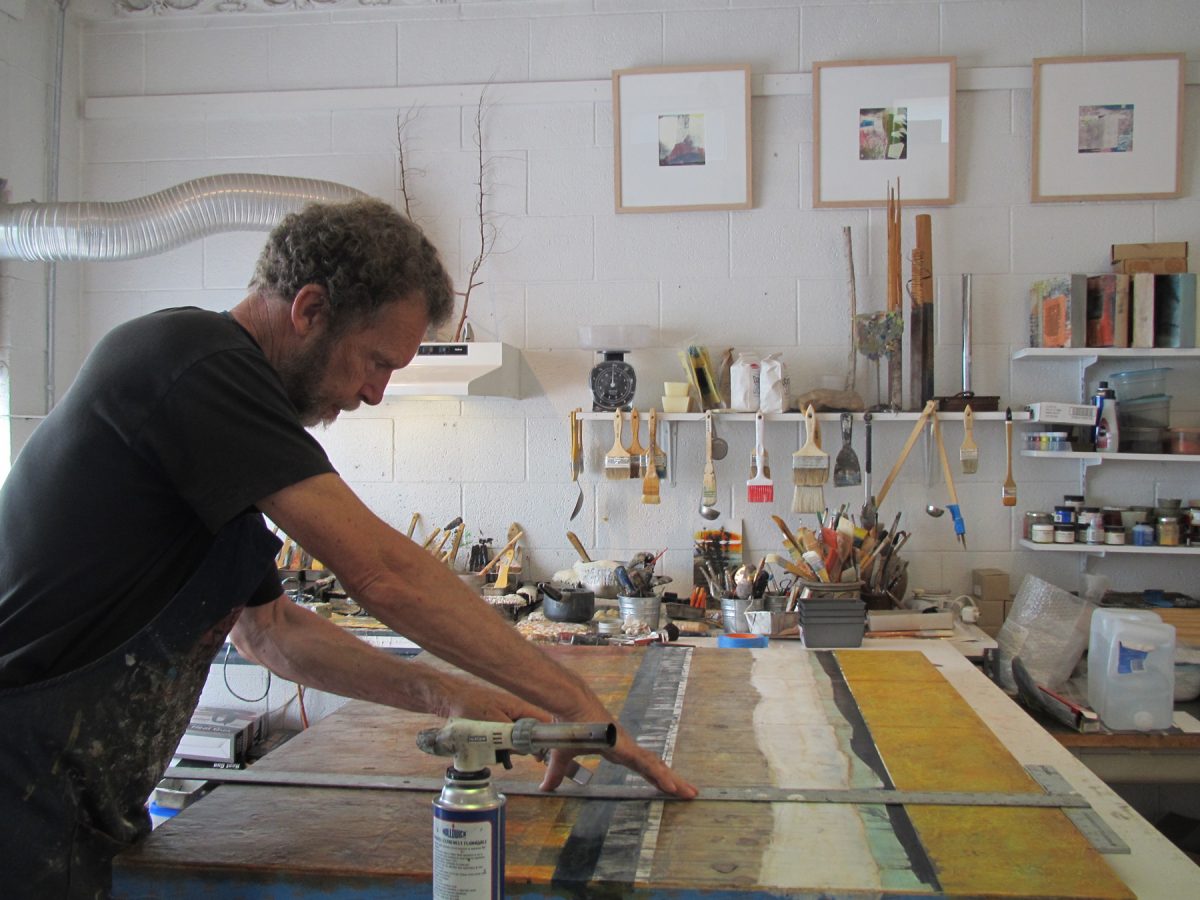 Tagged as: "A" Gallery, Jeff Juhlin