Jann Haworth Gets Key To The City, No Longer Needs to Use Underground Tunnels 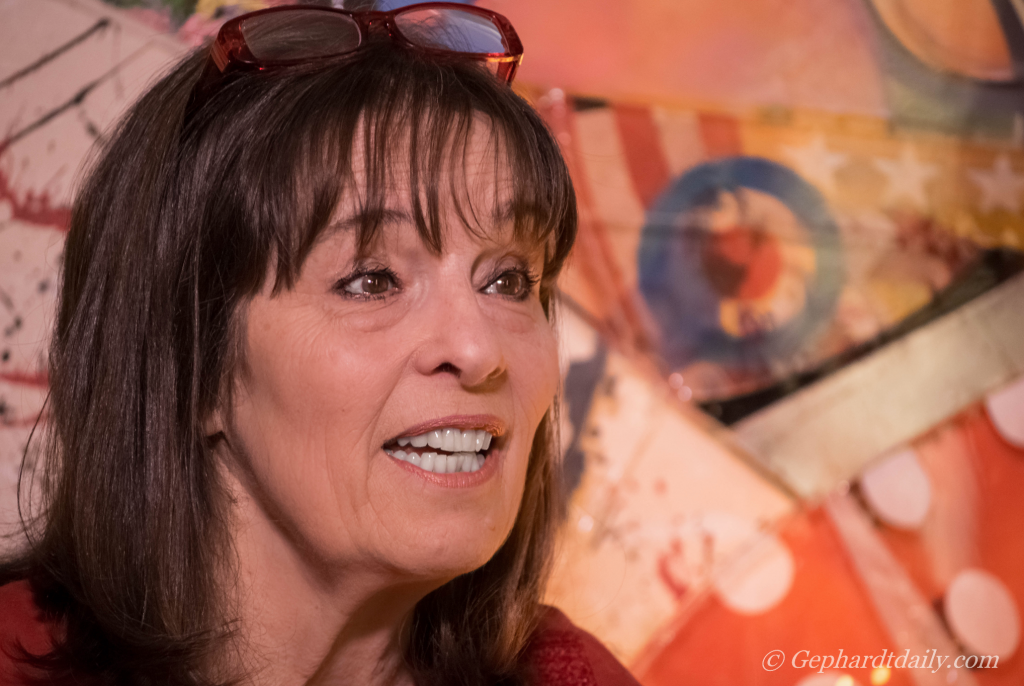 Last night Salt Lake City artist Jann Haworth was awarded the “Key to the City” by Salt Lake City Mayor Jackie Biskupski, who recognized Haworth with a Mayor’s Artist Achievement Award (not to be confused with the Mayor’s Artist Awards presented annually at the Utah Arts Festival). Haworth, who is represented locally by Modern West Fine Art, where the award was presented, is recently returned from her solo exhibition at Art Paris (the artist sent us a “postcard” while there, which we published in this month’s edition of 15 Bytes).

The newly-elected mayor may not know about the subterranean passages that link The Leonardo, where Haworth has worked since its opening in 2011, to City Hall. She’s had keyless access to the city for years. Now she can get there without getting dusty.

Haworth recently sat down with her daughter and Gephardt Daily correspondent Daisy Blake to discuss her work and legacy. Watch the video here.