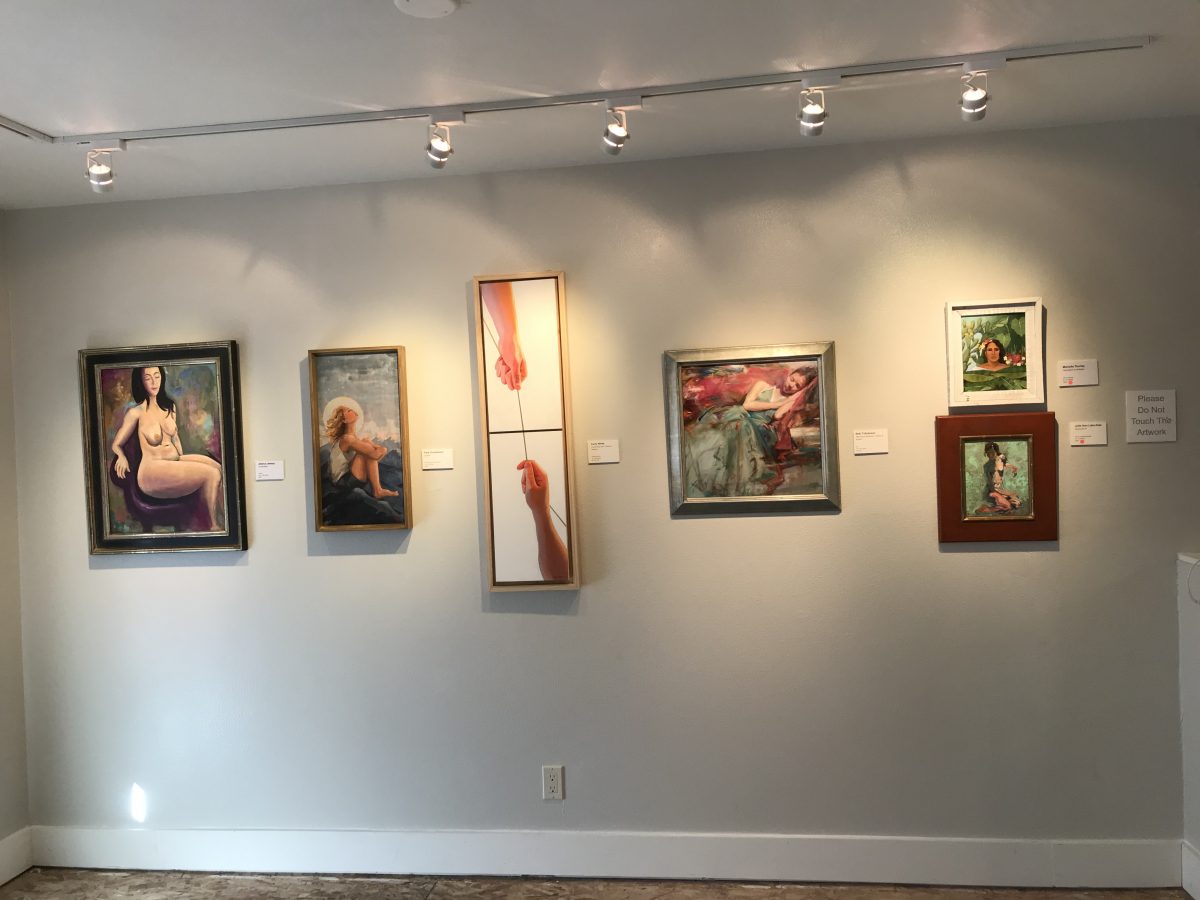 In a small building in a Provo business park, Kirk Richards recently opened two sister businesses, the JKR Gallery and JKR Academy. In January, the gallery features work from the academy’s students, showcasing their knowledge and progress after its inaugural semester. Looking around at the variety of art on the walls, a visitor might ask what connects the work of these students? Traditional landscapes hang next to conceptual mixed media works, figure studies, and colorful abstract pieces. The common thread is not in style or subject matter, but in the choice to study with Richards. 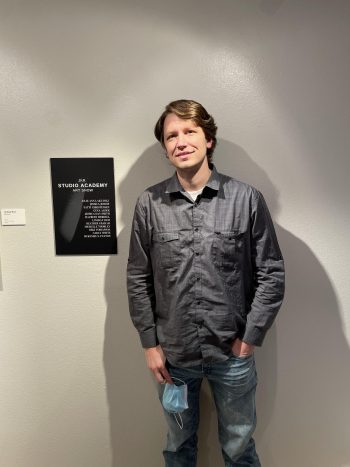 J. Kirk Richards removes his mask while he poses for a shot at the new academy and gallery he has created.

Richards is a successful painter and sculptor, most known for his contemporary spiritual and religious artwork. He studied art at Brigham Young University under professors like Bruce Smith, Hagen Haltern, and Wulf Barsch. As an LDS missionary, he spent two years in Italy, constantly surrounded by Renaissance and Baroque religious art and architecture. His figurative religious work found a receptive audience in Utah. His paintings have graced the covers of almost all the LDS Church-sponsored magazines and are found in private and museum collections across the state. Richards’ work is expressive and painterly, a descriptor that even applies to his sculpture. He’s interested in the human figure, something he especially explores in his non-religious work. He is a generous mentor and teacher. For years, he hosted two-week summer workshops in his Woodland Hills home and he often takes time to give career and artistic advice on his Instagram account, teaching to anyone who is interested.

For the more formal teaching of JKR Academy, Richards created his own curriculum, focusing on four different strands. The first, nature and memory, is similar to traditional art schools in the area: Students make master copies of 2D images and eventually move onto cast drawings. Moving beyond depicting the natural world, though, Richards emphasizes memory with his students, something he learned from Patrick Devonas, a leading Classical Realist artist with Utah roots. Richards wants his students to realize that “the more information is put into their heads, the more they’ll be able to recall later.” The second strand of his curriculum focuses on the human figure, and the academy hosts live figure drawing sessions weekly. The third strand teaches students about imagination and design, helping them learn to create their own compositions outside of the natural world. The fourth strand emphasizes the artist’s unique voice and helps students develop their own aesthetic and conceptual sensibilities by responding to artwork and artists they love. 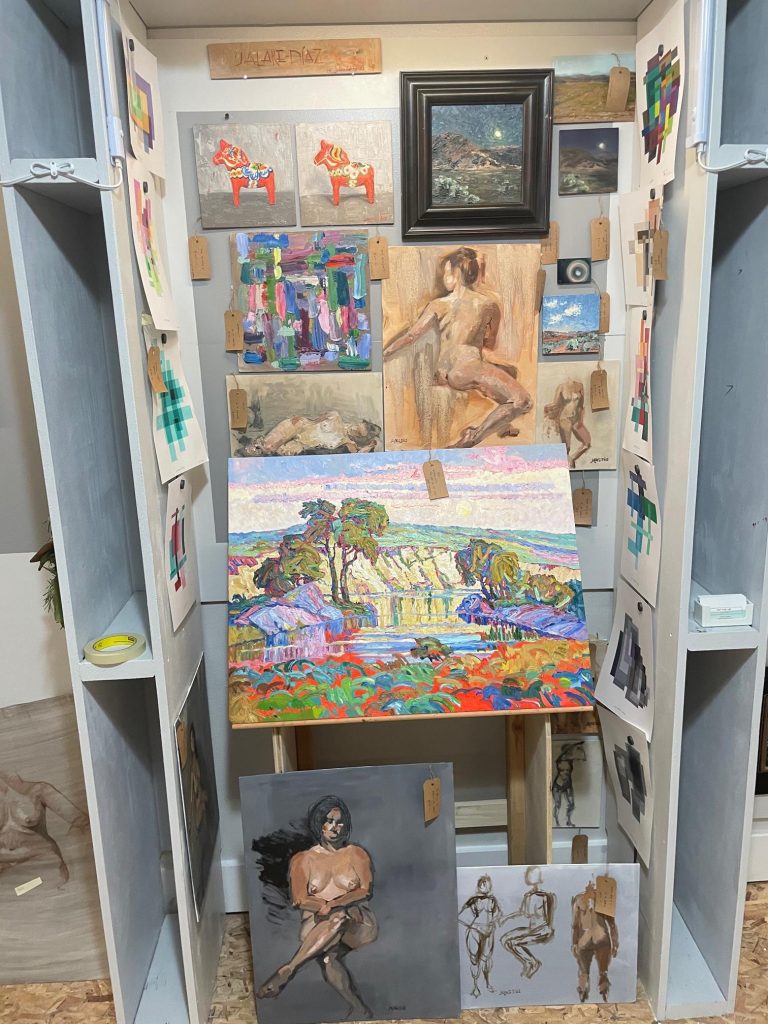 Richards commitment to the curriculum is evident in the artwork on display. A back room, featuring gallery walls of figure studies and six cubbies for students who have workspace on site, shows the students’ experiments with academic studies and master copies, and their explorations of design, composition, and color. Julie Ann Lake-Díaz’s cubby features gesture drawings, finished figure studies, and a large Birger Sandzen master copy. Multiple color studies and two bright paintings of Mexican toy horses show the ways she’s inspired by the expressive color and painterliness of Sandzen, but adapting it in her own way. Her finished piece in the main gallery shows how she’s combining these interests with the formal figure study training she’s receiving through the academy. Other students’ cubbies and finished artworks reveal an array of individual choices and aesthetic senses, something Richards prioritizes with his students — he does not want to create a group of mini Kirk Richards.

“It’s a priority for me that the students come out of here not all looking the same and not all looking like me …” Richards says … “but finding a unique voice and hopefully building on things that are natural bents  ….. I’m excited to see where everybody’s at in a couple of years, and if they all look like me I will be very sad.”

The artists at the academy vary in style and aesthetic but also in skill level, but Richards is not always eager to push students through an academic training, wishing, rather,  to nurture naivety among his students. “Some people I don’t want to extract naivety out of, and naivety can have a lot of different definitions; the way I’m talking about it is a childlike approach to making images, because you can’t get that back,” Richards says. “Even in figure drawing, I’ve tried to some extent to encourage expressive things I think are exceptional rather than always trying to push a traditional solution to everything.” 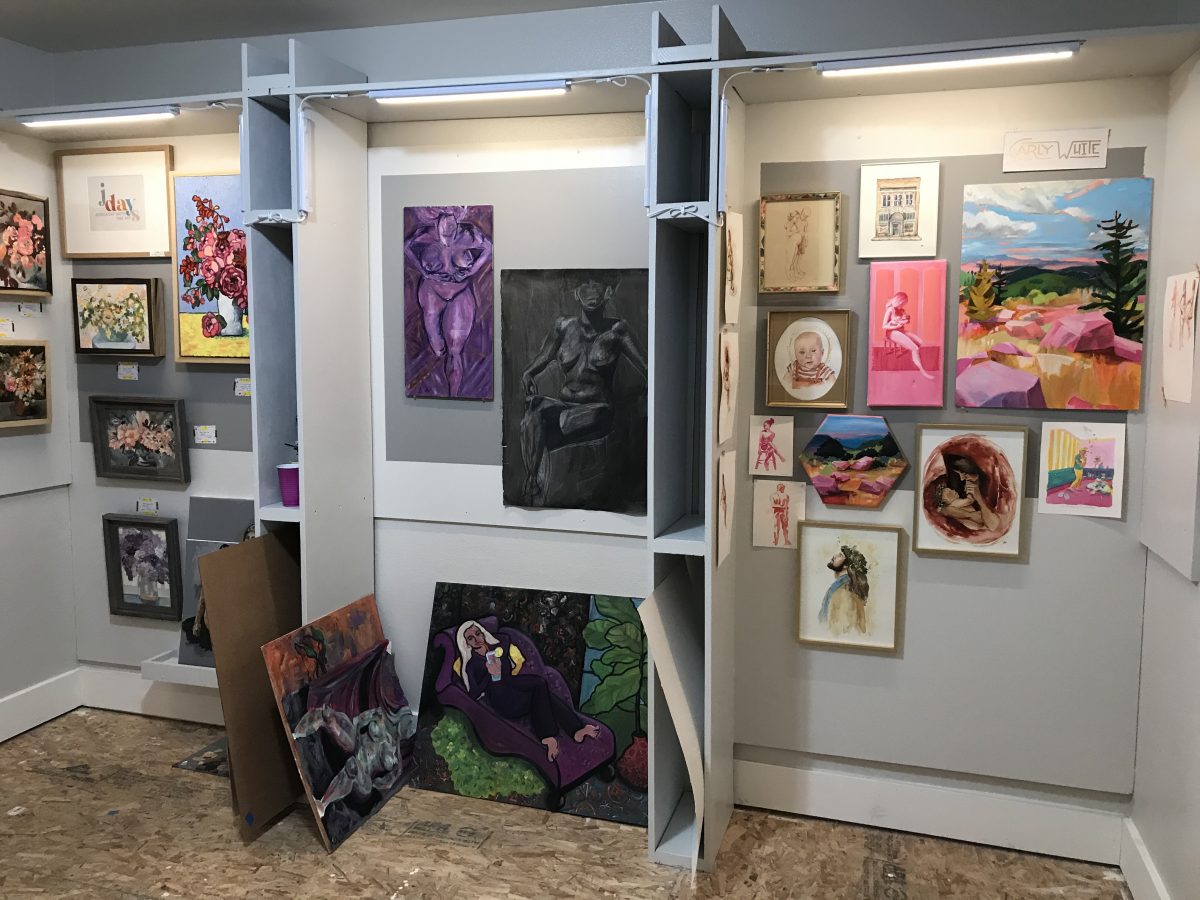 Student cubbies at the JKR Acadmey

A strength of the school, he comments, is the community it creates for his students, and the way they are able to help each other push through hard assignments and through their own self-doubt. The students together encourage each other to make better art. His commitment to the students and his pride in their progress shines through as he talks. He is impressed with the show, which features mostly self-directed pieces the students created over their winter break.

Richards is complimentary both of his students and of his gallery director, recent BYU graduate Savannah Stephan. Together Stephan and Richards have made a plan for the gallery’s shows for the next year, mixing both commercial-themed group shows with educational shows that feature things like the art he and wife Amy Tolk Richards have collected. They also plan to hang several “open-mic” small works shows each year, allowing more artists can participate.

For Richards, though, this is just the beginning. He’s wanted to start a school, museum, or gallery for a long time. He’s looked at many spaces and buildings with much loftier potential but could not afford them without a partner or investor. Wanting to maintain creative control and limit risk, he and his wife started small, in the building they are in now, but Richards has hopes that in 10 or 20 years they can grow it into something much bigger, something that could be a cultural destination for Utah county. His inspiration? The boutique museums found in New England, and especially Massachusetts, where Richards spends time each year painting. He’s especially drawn to small museums that highlight one artist: he names the Norman Rockwell Museum, Eric Carle Museum, and Chesterwood, as the types of museums and galleries he’d like to see more of in Utah. Will the J. Kirk Richards Museum be the first? Time will tell, but in the meantime his contributions fostering and exhibiting Utah artists will be noticed through his work at the JKR Academy and Gallery. 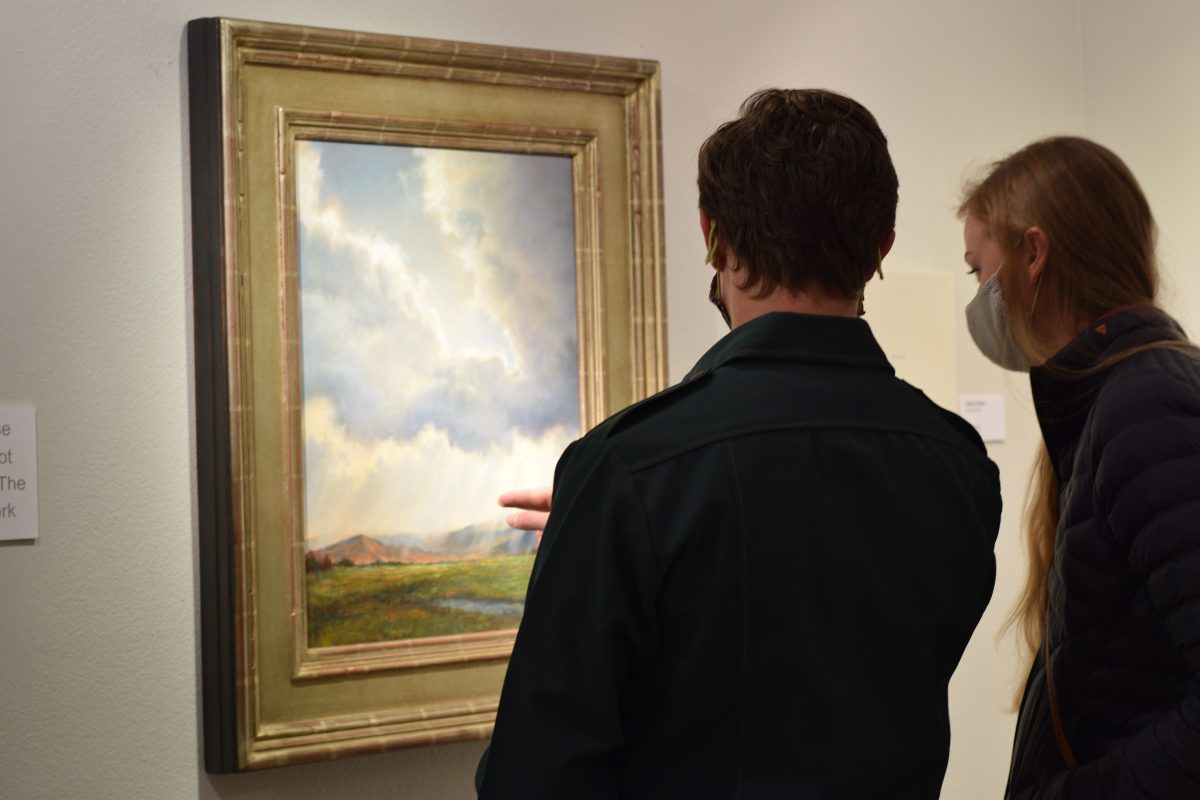 Visitor’s admire a student’s work at the JKR Gallery 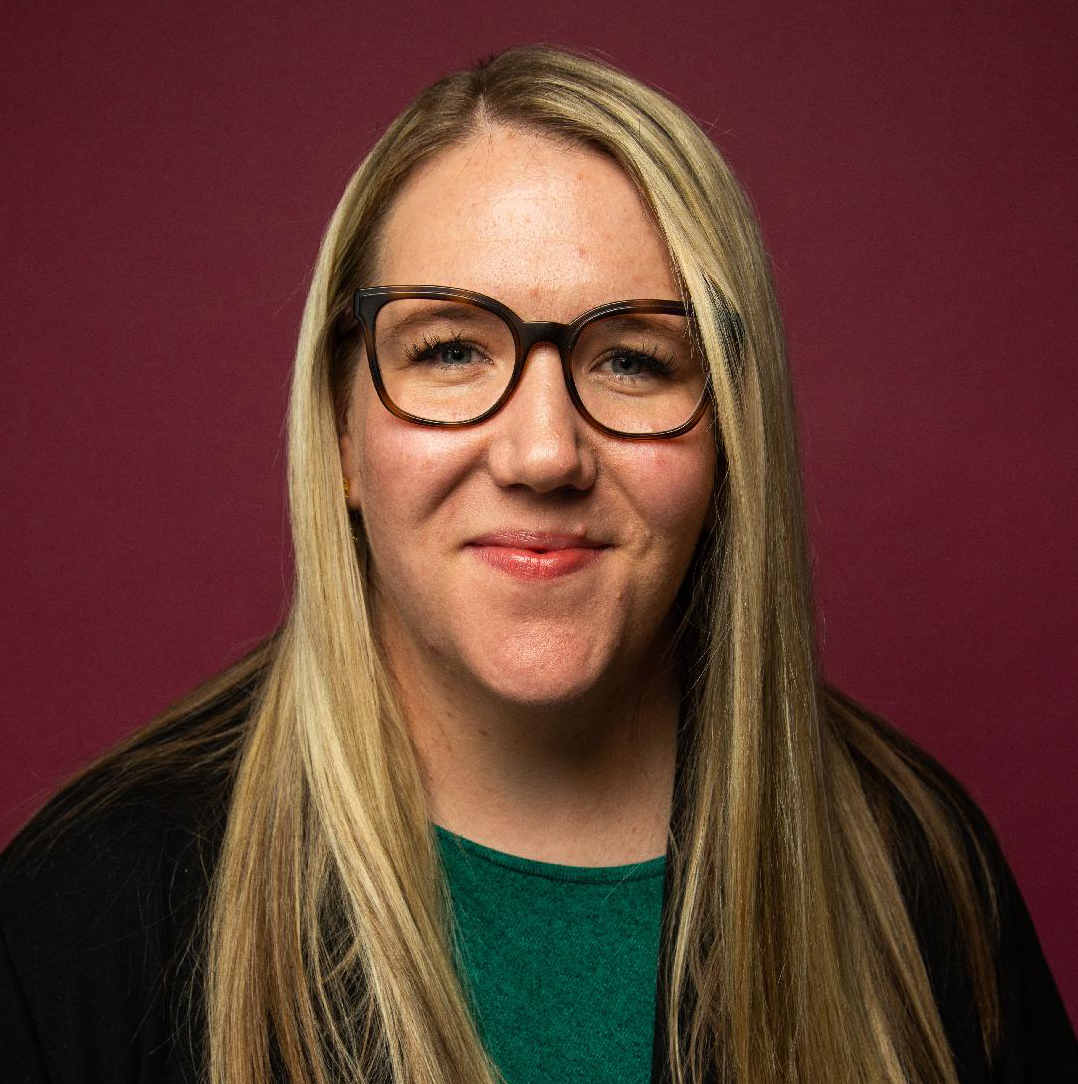 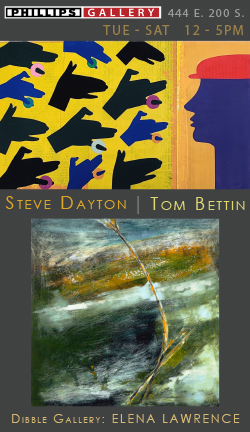 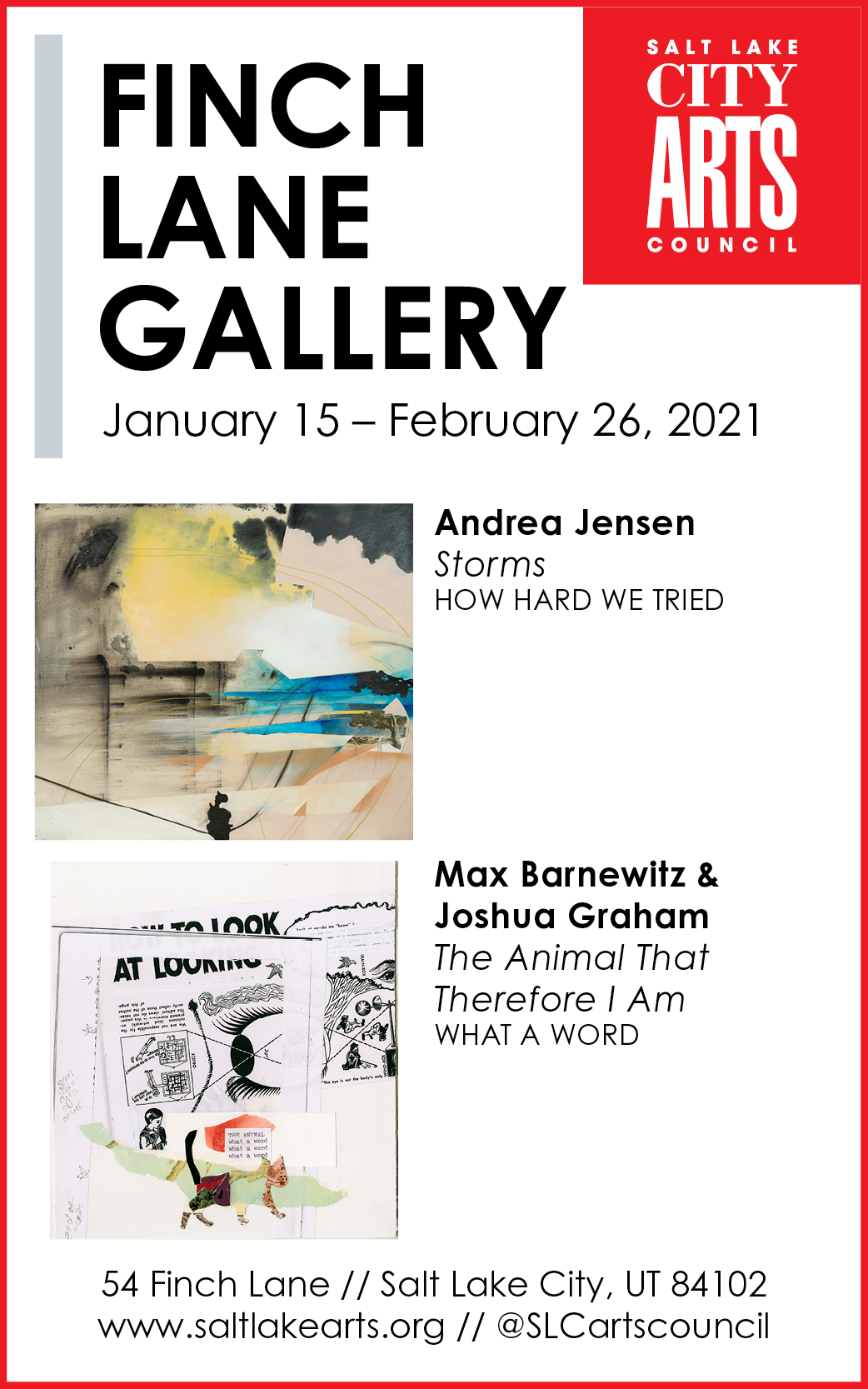