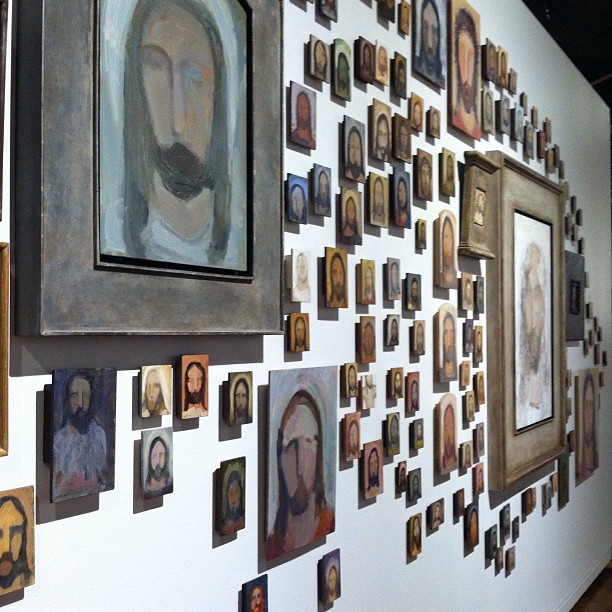 Mondo Utah, the inaugural Utah Biennial that opened at the Utah Museum of Contemporary Art last week, is all about Utah’s traditional parallel types, says museum Senior Curator of Exhibitions Aaron Moulton — the distinctive genres like landscape or outsider art that interact to form the state’s cultural puzzle. This intersection of genres can create new hybrids, adding to the diversity of contemporary Utah’s artistic landscape. One prominent Utah artist doing just this is the inventive J. Kirk Richards, whose work is a hybrid of intersections, bringing together classical, modern and contemporary influences. 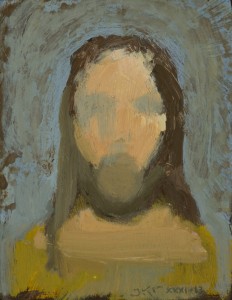 In his wall installation “Untitled (Cristo Series),” part of a micro exhibit from the collection of the LDS church that resides within the larger biennial, the artist employs portraits that cross traditional representations of traditional subject matter with acute degrees of reductive minimalist abstraction.  The installation is not simply a pastiche of scores of paintings, but rather a mélange of over 160 surprising portraits that even in their simplicity are recognizable as representing Jesus Christ. These are hung magnificently in wall collage format — only the larger have frames — and make the very best use of space with very little negative space within the mass assemblage.

Curator Laura Hurtado, Global Art Acquisitions Specialist for the LDS Church, suggested the wall installation to Richards, referring him to the Fabiola installation by conceptual artist Francis Alys. In his piece, Alys displayed a collection of paintings by amateur artists that reproduced Jean-Jacques Henner’s popular 19th-century painting of a 4th century female Christian saint — St. Fabiola. The result is a mass of similar paintings, executed in slightly differing styles and media but showing the same red-mantled model facing left.  The resulting installation of over 300 paintings, which was exhibited at the Los Angeles County Museum of Art in 2008, has a generalizing effect on the subject, inuring the audience to the identity of the saint, turning her into objectified ornamentation, without the kind of divinity generally imparted to the sanctity and individuality of the saint herself. 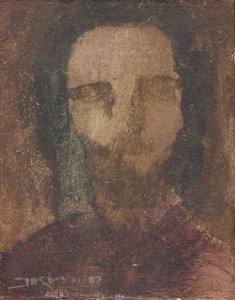 The opposite is true of Richards’ installation.  Surprising is the abstracted and minimalistic reductive approach to each of the pieces, allowing Richards to create 160 clearly distinct images of the most reproduced figure in western art, each one different in essence from the next. On one is a sketchy head of hair and beard with coarse remnants of a penetrating eye. Another is a more articulated image, where the features can just be made out reductively and abstractly so.  A third is an image that is simply hair, beard and cloak, with a shadow that seems sublimely knowing with features barely perceptible.  By reducing features, Richards exposes a sensory sublimity perceptible in each image and the special, unique personal and profound spiritual quality of each.  All 160 portraits are abstractly diminished, abstractly distinct and abstractly sublime.  They each rely on pure essence of feeling and mood revealed by casual, slight, and effortless and emotionally intensive strokes of the brush to captivate the sensitive viewer with the subtlest nuances of Richards’ aesthetic expression. 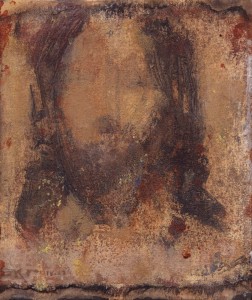 The spiritual devotional image of Christ is one essential art subject of the Utah establishment, an establishment that has been reluctant to embrace modernist forms like abstraction. Richards’ stylistic hybrid imbues this tradition with fresh blood, and fits it nicely into the surrounding biennial’s critical methodology of intersection that give life to new forms.