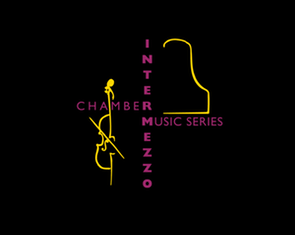 The Intermezzo Chamber Music Series has for several years now — something like thirteen to be a little more exact — established itself as one of the most vibrant components of Salt Lake City’s summer classical music scene. Its formula: 1) Provide an intimate classical music experience during the summer in the heart of Salt Lake City. 2) Feature superb local, professional performers. 3) Bold programming interweaving the familiar, the novel, and the obscure. 4) Program commissioned works by living composers, as well as a surprise here and there.

This approach works well at generating patron support and at times pushing some patrons far outside of their comfort zone. The concert under review was performed in the 285-seat Vieve Gore Concert Hall inside the Emma Eccles Jones Conservatory at Westminster College, in Salt Lake City’s Sugar House neighborhood. This is Intermezzo’s concert venue.

On the program were three chamber music compositions. Poulenc’s Trio for oboe, bassoon, and piano came first, followed by Glinka’s Trio pathétique.  The Glinka was the obscure composition on the program, while the Poulenc inhabits the twilight world somewhere between obscure and familiar. After the intermission, Brahms’ Trio for horn, violin, and piano graced the stage. This was the familiar — indeed the Westminster Concert Series performed it on April 20, 2015 with Ron Beitel, a member of the Utah Symphony, as the horn player.

In a novel and effective move, each piece, and each movement in the case of the Brahms, was prefaced by a reading of lines of poetry, or lines from a play, or in the case of the Glinka, a narrative of a brief portion of the composer’s life in the composer’s words. Three actors/actresses from Salt Lake Acting Company performed these readings. They were Olivia Custodio, Robert Scott Smith, and Alexis Baigue.

Francis Poulenc (1899-1963) was a French composer who was part of Les Six, a group of six French composers of approximately the same age who devoted themselves to composing music that was a reaction to the musical styles of Richard Wagner, Claude Debussy, and Maurice Ravel. Les Six were predominantly active as composers in the first half of the last century; the group was launched in 1920 and lasted, at least as collaborators, through 1952.

Poulenc’s chamber music compositions are some of his most finely crafted works. This was on display in Intermezzo’s performance of his Trio, composed in 1926, and one of his earliest chamber works. It is a short piece that lasts about thirteen minutes. The oboe was played by James Hall, currently the Utah Symphony’s Acting Principal Oboe. Hall has also been Associate Principal Oboe of the Symphony for many years. Lori Wike was on bassoon; she is the Principal Bassoon of the Utah Symphony. Pianist Ian Parker hails from Canada, and received both the Bachelor and Master of Music degrees from the Juilliard School. While at Juilliard, he was awarded the Sylva Gelber Career Grant in 1991. This was given by the Canada Council for the Arts; the award is given annually to the “most talented Canadian artist.

“The first movement of the Trio is marked Lento — Presto. All three players provided an almost diabolical rhythmic and lyric momentum, even in the Lento, and merged this with a balanced sense of repartee and phrasing. The second movement is an Andante con moto. The textures here were laced with an undulating precision of feeling. The instrumental colors had a dusky sweep that was appropriately magnified. The last movement is Rondo — Tres vif. An impulsive sense of line, emphatic phrasing, and full-bodied articulation ruled this realm. Perhaps the playing overall could have used a touch more grace, but there was such generous warmth and wit to the phrasing in an at times puckish piece.

For the Poulenc, Olivia Custodio provided the spoken words. For her reading before the first movement, she chose Blanche Dubois’ speech from the play A Streetcar Named Desire by Tennessee Williams. Her interpretation had a desperate, slinky cadence, at times almost consolatory. Then, before the second movement, came Antonio Salieri’s speech from the play Amadeus by Peter Shaffer, then Puck’s speech from A Midsummer Night’s Dream by William Shakespeare. The speech was a stealthy sense of wonder, tinged with a darting malice, while Puck had a muscular lyricism. As a collaboration, this union of words and music worked seamlessly, at times veering just clear of overindulgence.

Mikhail Glinka (1804-1857) was a key influence on “The Five,” a group of Russian composers who created an identifiable style of Russian music in the second half of the nineteenth century and the first decade and a half of the twentieth century. However, his early Trio pathétique for clarinet, bassoon, and piano was actually composed in Italy in 1832. For this piece, Erin Svoboda was the clarinetist; she is the Associate Principal Clarinet of the Utah Symphony. Wike and Parker resumed their respective instrumental roles. This composition is a few minutes longer than the Poulenc piece that was performed on this program: fifteen to seventeen minutes. And captivating it is, in a gently arching halo of lyricism. On the score, Glinka wrote “The only way I know love is by the pain it causes,” this as a result of a hinted-at romance with an unobtainable women while in Italy.

The first movement is Allegro moderato, and here the shading of harmonies was supple and convincing.  The pianist was a cohesive partner, while a shapely balance burnished the clarity of the clarinet, which was warmly engaging.  The second movement Scherzo: Vivacissimo had a pulsing playfulness. The third movement is a Largo, where the colors of the score were fulsomely exploited. An easy camaraderie, with an almost caressing sense of delight in instrumental colors, wafted through the hall. The last movement is Allegro con spirito, the lyricism of which was mellifluously driven — almost a battle between the two winds in the call and answer of descending scales. Svoboda played with beguiling tone, and Wike added colors with a fruity prism in bassoon tones.

The readings before the first and second movements were done by Robert Scott Smith, with excerpts from Romeo and Juliet by Shakespeare, as well as his Sonnet 139.  Pablo Neruda’s poem” If You Forget Me” was also used. There was also a bit from Nikos’ monologue from Big Love by Charles Mee. Overall, rather light and contrasting dynamics tumbled out, plainly plaintive and gently affecting.

Johannes Brahms (1833-1897) is perhaps most known for his German Requiem (composed 1865-1868), a choral and orchestral work with soprano and baritone soloists.  This is performed frequently in concert halls in North America and Europe. Of the three composers on this Intermezzo program, he was arguably the most consequential for music history and his later influence, especially as it pertains to the Second Viennese School of music — Arnold Schoenberg for example. The chamber music of Brahms is of the highest quality, although he composed rather sparingly in this genre. His Trio for horn, violin, and piano was performed by Edmund Rollett, the new Associate Principal Horn of the Utah Symphony. David Porter, Intermezzo’s President and a Utah Symphony violinist, also performed. The pianist again was Ian Parker. The Trio was composed in 1865; it commemorates Brahms’ mother, who died earlier that year. The piece was revised in 1891.

In the first movement Andante, Rollett’s tone was warmly piercing, with ensemble dynamics conspicuously attentive. The effusive warmth of textures was powerfully projected, with an almost intuitive sense of dialogue and phrasing. There was a strong rhythmic undercurrent. The second movement Scherzo had lithely gleaming and glistening colors, with a palpable dash. The timbre of instruments was highlighted and contrasted. Rollett presented a tremendous precision of tone and color at soft dynamics.  The third movement Adagio mesto had an evocative series of lower notes, and horn tracery in union with the colors of the violin and piano. There was a ravishing interplay of gleaming aqueous chord blocks from the piano. Here pianist Parker had great affinity and connection with the music, at times even more so than Rollett or Porter.  The fourth and final movement is an Allegro con brio. This movement possessed an expansive clarity to textures and colors. Articulation all round was crisp yet still sweet and warm, especially in the violin and horn. It all ended with an impulsive, onrushing deftness of pulse and a flinty luster to the horn colors, awash in now-pungent warmth. Rollett’s performance left no doubt as to why he is currently the Associate Principal Horn of the Utah Symphony.

The reading of poetry from Walt Whitman’s Leaves of Grass before each movement was an inspired choice, and closely mirrored the moods of the four movements of the Horn Trio. “When I Heard at the Close of Day” prefaced the first movement, and was delivered with a deeply resonant projection and penetrating reach. “One Hour to Madness and Joy” brought forth a shattering delineation of dynamic ranges. “Good-Bye My Fancy!” had a gentle yet powerful pulse. “Song At Sunset,” before the last movement, relayed a more pensive tone, but also partnered with a dramatic use of pauses, whereupon Baigue slid back into a lone chair seated on the border of far stage right. Overall, Baigue merged physicality and voice tone in a deeply evocative and memorable performance. Yet both his performance and that of the musicians complemented each other in idiomatic fashion, and neither overshadowed the other.

So, this substantial Intermezzo audience witnessed a whirl of emotions, from buoyant in the Poulenc, passionately pensive in the Glinka, and finally to surging nostalgia in the Brahms. Perhaps spring, summer, and autumn folded their respective leaves into one.