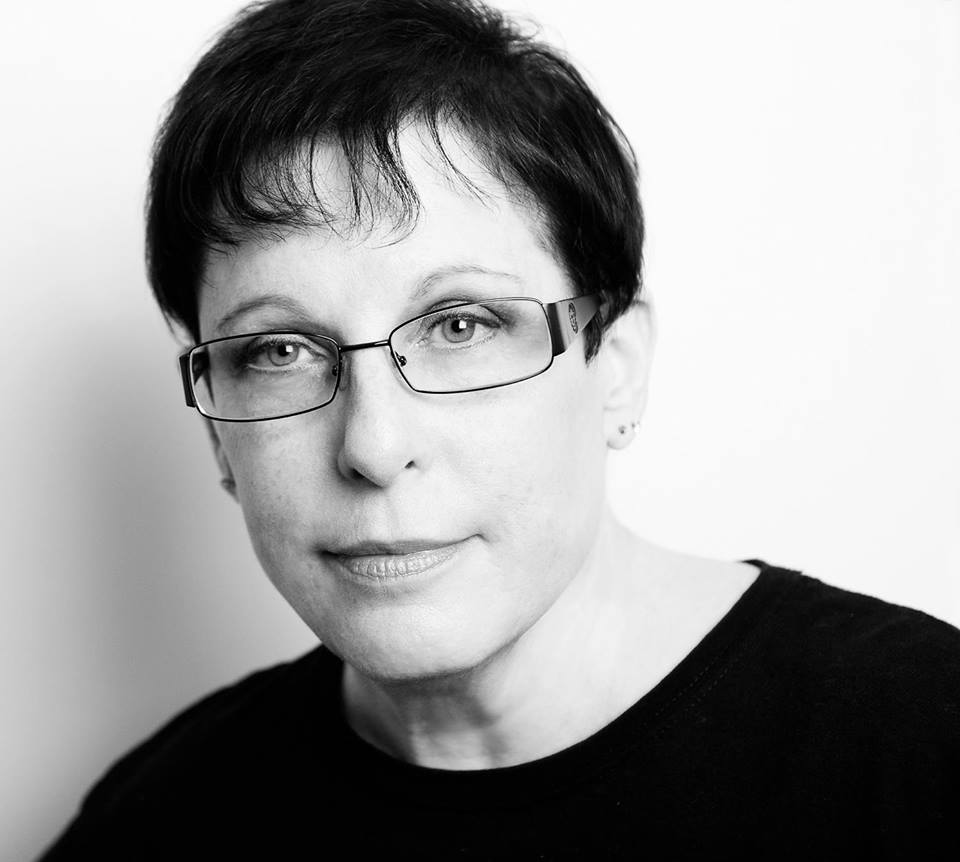 It is often only when someone passes that we come to realize the breadth of their influence, and so it was for us, when at a recent memorial service for our colleague and friend Sarah Thompson, we came to understand the variety of people whose lives she touched. From the comments by members of the activist community to accolades by leaders in her religious community, from the emerging artists she supported to the struggling neighbors she helped, it was evident that Sarah embraced life with open arms.

Sarah Thompson was born in Philadelphia in 1952. After graduating from Tufts University, where she majored in French Lit and Biology, she was accepted as the first female into a special fast-track program at Johns Hopkins University’s School of Medicine. She completed her residency in Emergency Medicine and worked in emergency rooms on the East Coast before moving, with her cat Shado, to Los Angeles, where she worked in private practice as a general practitioner, an ER doc, and ultimately as a psychiatrist.

In 1994 she moved to Utah and married photographer Will Thompson. Here, she worked as a political activist dedicated to supporting civil liberties, completed a multi-year training program and was certified as a Facilitator of the Work of Byron Katie, volunteered with various animal associations and, after attending the 337 Project in 2007, discovered a deep and abiding love for emerging art.

In her last years, Sarah became passionate about dance. “Sarah had the soul of a dancer,” says husband Will, who attended performances with Sarah, and took photographs for her articles. “You could tell by the way she looked at them, by the way she she ‘got it.’ Sitting next to her, or standing behind her and holding her, I could feel the tiny movements in her body as she quietly moved in tandem as she watched dancers move.”

When Will and Sarah returned from a brief sojourn in southern Utah, Sarah agreed to start writing for 15 Bytes. Though she was also interested in film, literature and art, dance became her theme. She was a talented and warm-hearted writer, always curious, always eager. Her empathy for the people she wrote shines from her pieces: she was always looking for the human story behind the performance, the personalities that made the movements.

It is because of Sarah’s enthusiasm (and persistence) that 15 Bytes began covering dance on a regular basis. “Dance is a visual art too,” she would say. Ironically, when our dance coverage expanded, she found herself having to share assignments with other writers — health and time permitting she probably would have written them all.

“As a writer she maintained close ties with those in the dance community and wasn’t as interested in serving as a formal critic as she was in acquiring and sharing more knowledge about the possibilities found within different forms of dance,” says 15 Bytes Dance Editor Ashley Anderson. “She was just as likely to have an interest in writing about a small ballet collective as she was in interviewing dancers for Utah’s more traditional companies and her thoughtful reflections created a great energy around new dance in Salt Lake.”

That energy was returned with a great deal of love and respect from the dancers, who for her became a second family. At her memorial service, current and former members of the Ririe-Woodbury Dance Company honored her memory with a dedicatory performance.

We treasure the time we had to spend with Sarah and the writing she has left us; and every time a new dancer comes to town, or a new piece is set on a local company, we will miss what she would have written. 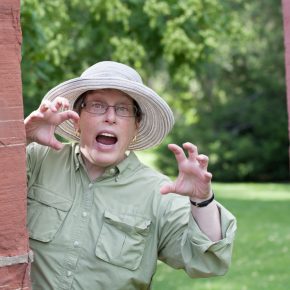 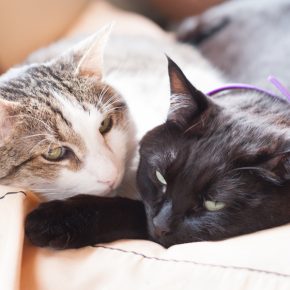 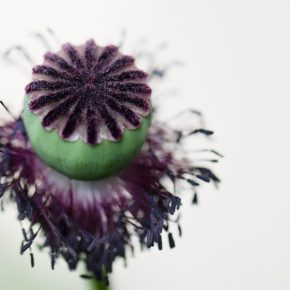 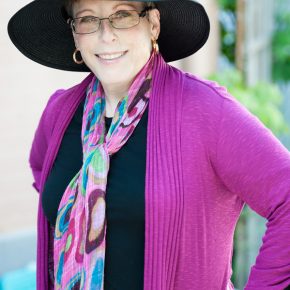 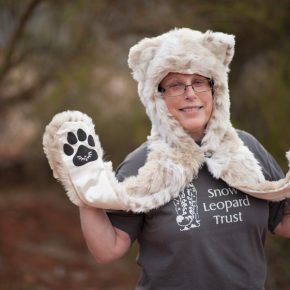 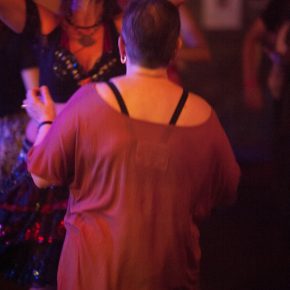 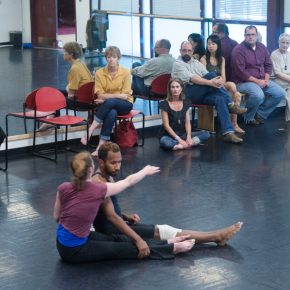 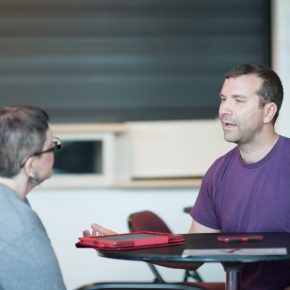 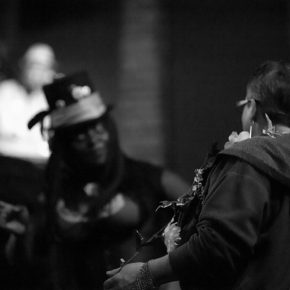 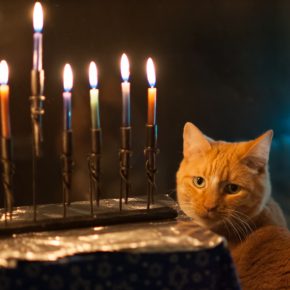 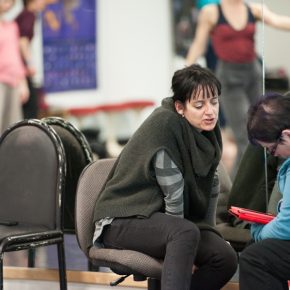 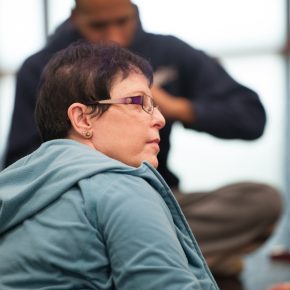 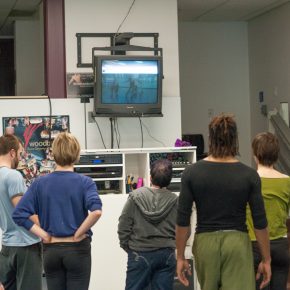 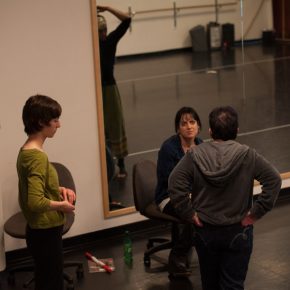 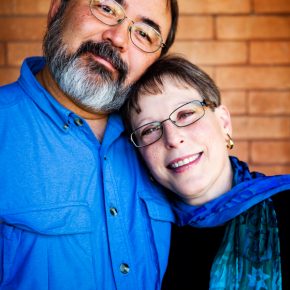 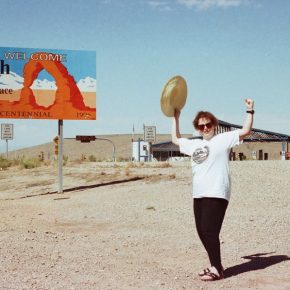 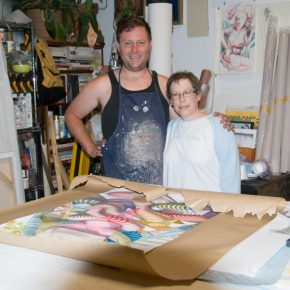 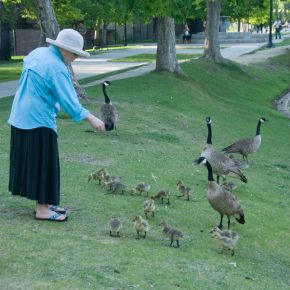 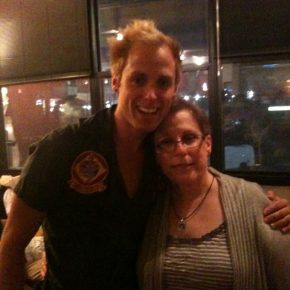 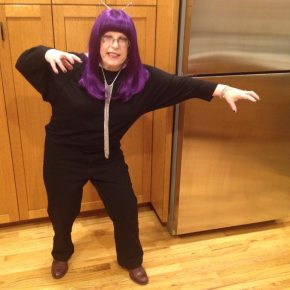 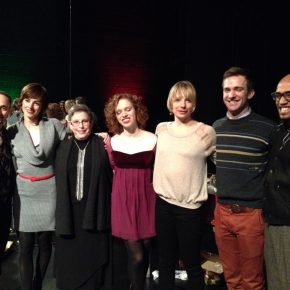 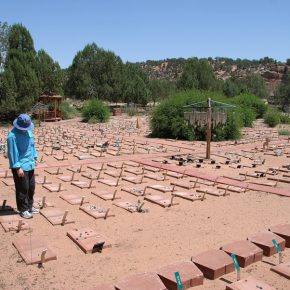 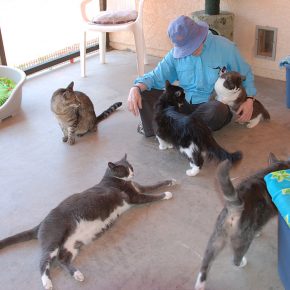 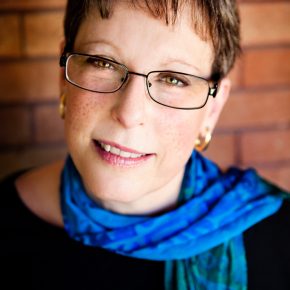 Tagged as: Sarah Thompson, Will Thompson