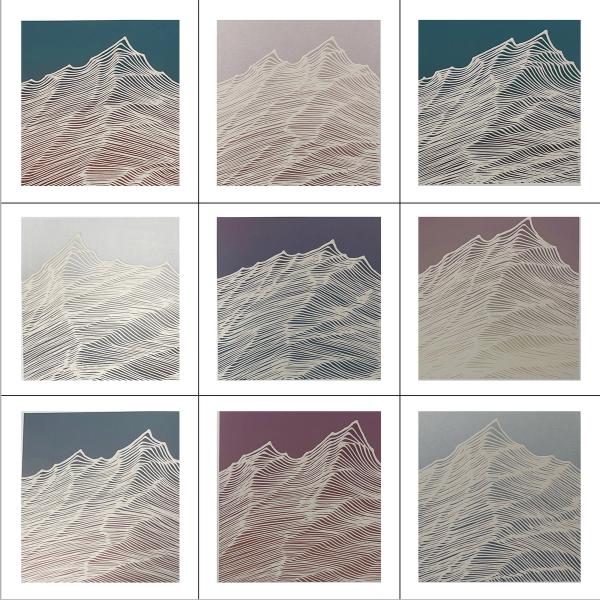 Lines and patterns are something Hendricks has observed his whole life. From his childhood in Idaho, he remembers being fascinated by his”grandfather’s geode collection, watching the water run through the nearby creek for hours, and being just as interested in the wood grain on [the] family’s living room furniture as” in the action-figures that he made climb all over them. This attention to detail and ability to essentialize patterns is evident in works like “The Art of Subtlety,” which essentializes an imposing mountain peak into a series of white, undulating lines. The lines echo one another, creating subtle suggestions of movement and power.

Hendricks is a self-taught artist who has been actively showing his work since 2011. He recalls an incident at his very first show, when he was still learning what it meant to be an artist: “An independently wealthy individual approached me and asked me what my job was to which I replied, ‘I’m an artist.’ She laughed and said, ‘No, what’s your real job?.’ That interaction motivated me to do whatever it took to acquire a skill level that could never be denied again.” 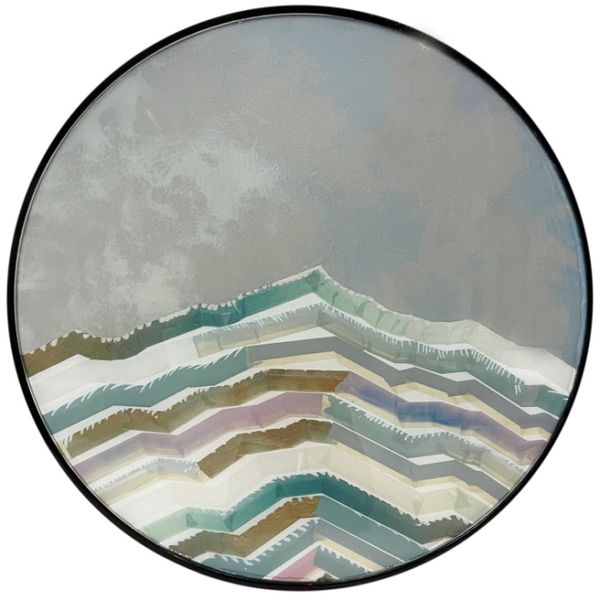 He’s fulfilled that promise to himself, working full-time as an artist since 2015, and has gathered an impressive roster of collectors, including Virgin Hotels, Marriott, ProLab Studik, and Nuskin, and exhibitors including the Springville Museum of Art, Gallery MAR, and the Utah Museum of Contemporary Art. At his last featured show at Park City’s Gallery MAR, he says he finally understood the ways his career and art had progressed. As he retells it: “The gallery was packed all night with people who I’d never met but who knew everything about my career. I noticed that one person had a full forearm tattoo inspired by my work and multiple attendees purchased art that night. I’m usually unaware of how much I’ve accomplished until it’s presented to me in moments like that and I just can’t deny it.”

His upcoming show at Gallery MAR, which opens Nov. 25 and will also feature works by ceramicists  Jared and Nicole Davis, is aptly titled “Mountain Dreams,” and will feature over 12 new pieces that Hendricks describes as a “culmination of over a decade of ‘practice.’”  To Hendricks, “mountains represent everything that is more powerful than humans.” He lists other powerful things in the universe including outer space, omnipotent Gods, and ocean depths – but mountains stick to Hendricks because they “are the ones I get to interact with in person.” In writing about how he views the mountains, Hendricks relates them to a kid he knew in high school who, like the mountains, was both terrifying and fascinating. The boy, he felt, “could destroy me in a second if he wanted to (physically or emotionally) so I felt very intimidated but when we met for the first time he turned out to be extremely nice and caring. This made me respect him even more for setting aside his power to destroy and offering his power of goodness. This is the best way I can describe my relationship with mountains.” 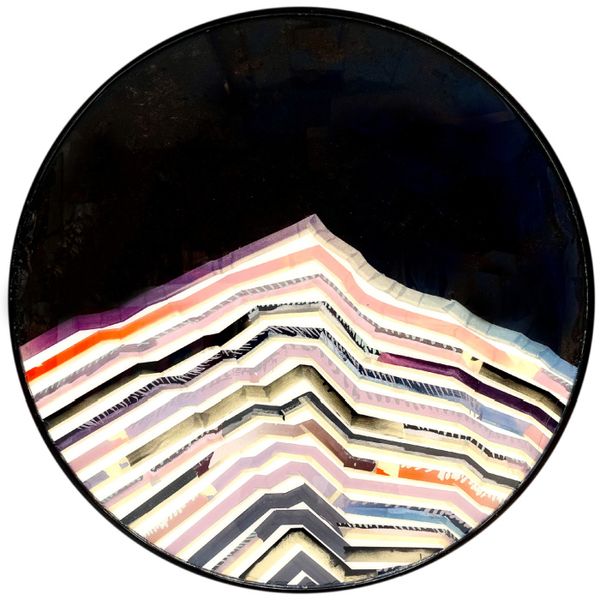 This sense of terror and wonder permeates Hendricks’ depictions of the mountains: they are both intimately detailed and all-powerful. Their overarching forms are quieted by the steady patterned lines.  For a 2021 show at the Springville Museum of Art, Hendricks wrote, “The aesthetic value of the environment is never able to be fully captured artistically and so instead of trying and failing, I prefer to translate those images into an abstract form that isn’t trying to ‘copy’ as much as it’s trying to convey the intricate details and organic flow in a simplified version that’s easier to digest at a glance. I also think that it’s human nature to overlook everything that isn’t screaming for attention or threatening us in some way; and for this reason the quiet presence of nature is often unseen despite its omnipresence.”

This is especially relevant to Hendricks, because growing up in rural Idaho, he remembers he wasn’t surrounded by mountains, and was conditioned “to never look up at the horizon (as I would only see telephone wires or the roof lines of cinder block buildings).” When he moved to Utah he didn’t really “see” the mountains at first. He writes: “It took moving away for a couple years and coming back with fresh eyes before I actually ‘saw’ the Wasatch range for the first time. Since then I have never ceased to be in total awe of the proximity and grandeur of (what I consider to be) one of the most beautiful environments in the world.”

For his new show at Gallery Mar Hendricks is most excited to show off his new work and to find new people that resonate with his work.  He writes, “I’m happy for people to just know I exist. I trust that everyone will be able to tell in 2 seconds if my work resonates with them or not and that’s all I need to find and connect with those who share my love for Detailed Minimalism.”