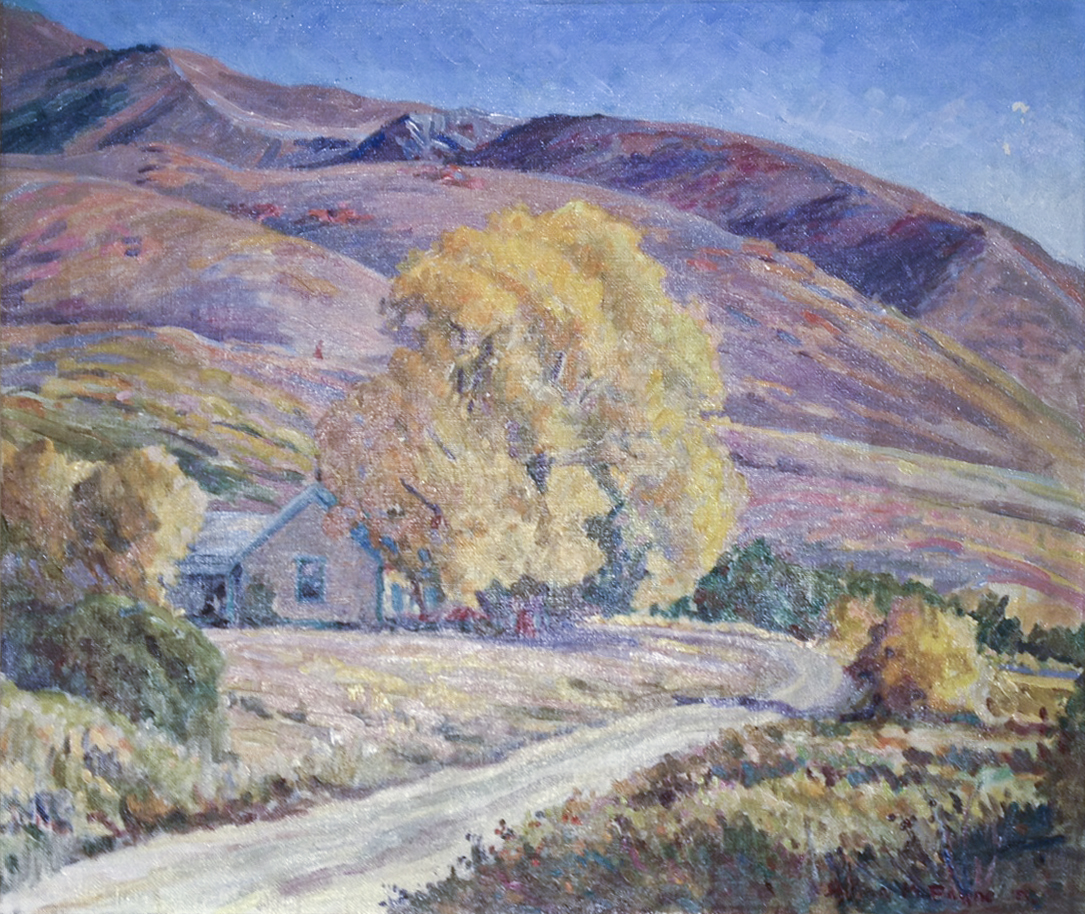 The first time I ever heard of Hilma Mole Payne (1902-1965)* was about 20 years ago, when I saw what I thought was an exquisite LeConte Stewart painting through a glass window at Tivoli Gallery on State Street (no longer extant). After asking Marianne Olsen to open up the office so I could see it, I realized that it wasn’t a Stewart but it sure looked like it. I took it home on approval and called in my credit card number two days later. The painting has been a nice part of my art life ever since.|0| 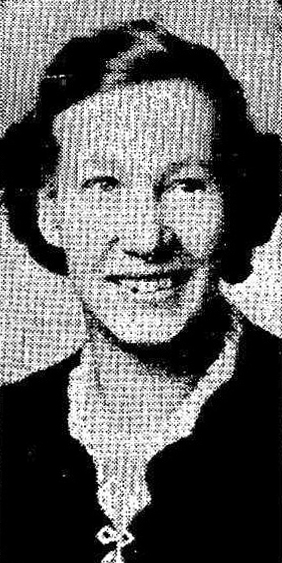 Not much is known about Payne. She hailed from Croydon, Utah, lived most of her life in Ogden, and studied under famed Utah artist James Taylor Harwood, art department chair at the University of Utah. Payne graduated from Ogden High before LeConte Stewart began teaching there, but seeing the similarities with his works I have a hard time believing that she didn’t study under or with him.

In addition to graduating from Weber College and the University of Utah, in 1928 Payne went to Paris, via London, where she enrolled in the favorite of the Utah artists, the Academie Julian. She also studied at the California School of Arts and Crafts in Berkley. I also discovered a reference to her master’s thesis, which was based on one of her paintings. In earlier 20th century times, MFA theses were considerably different from the MA in art history. If I could draw, I would have likely had an easier time with an MFA than writing my 180-page thesis on Henri Moser, learning a second language (I tried to convince the U graduate school that Canadian was a second language, eh?, but they didn’t buy it), and taking comprehensive exams.

In 1935 Hilma married Andrew Johnson Payne, a recently divorced Ogden fruit grower who was 25 years her senior. Andrew had divorced his wife of almost four decades the year before, and in his second marriage he evidently turned out to be as unimpressive as President Andrew Johnson — Hilma divorced him in 1949, citing cruelty. Hilma bore him one son, James, and when Andrew died the year after the divorce she had to take his other children to court to obtain the $25 per month child support awarded in their divorce. If for nothing else, though, we might have Andrew’s fruit orchards to thank for Hilma’s celebratory paintings of blossoming trees. 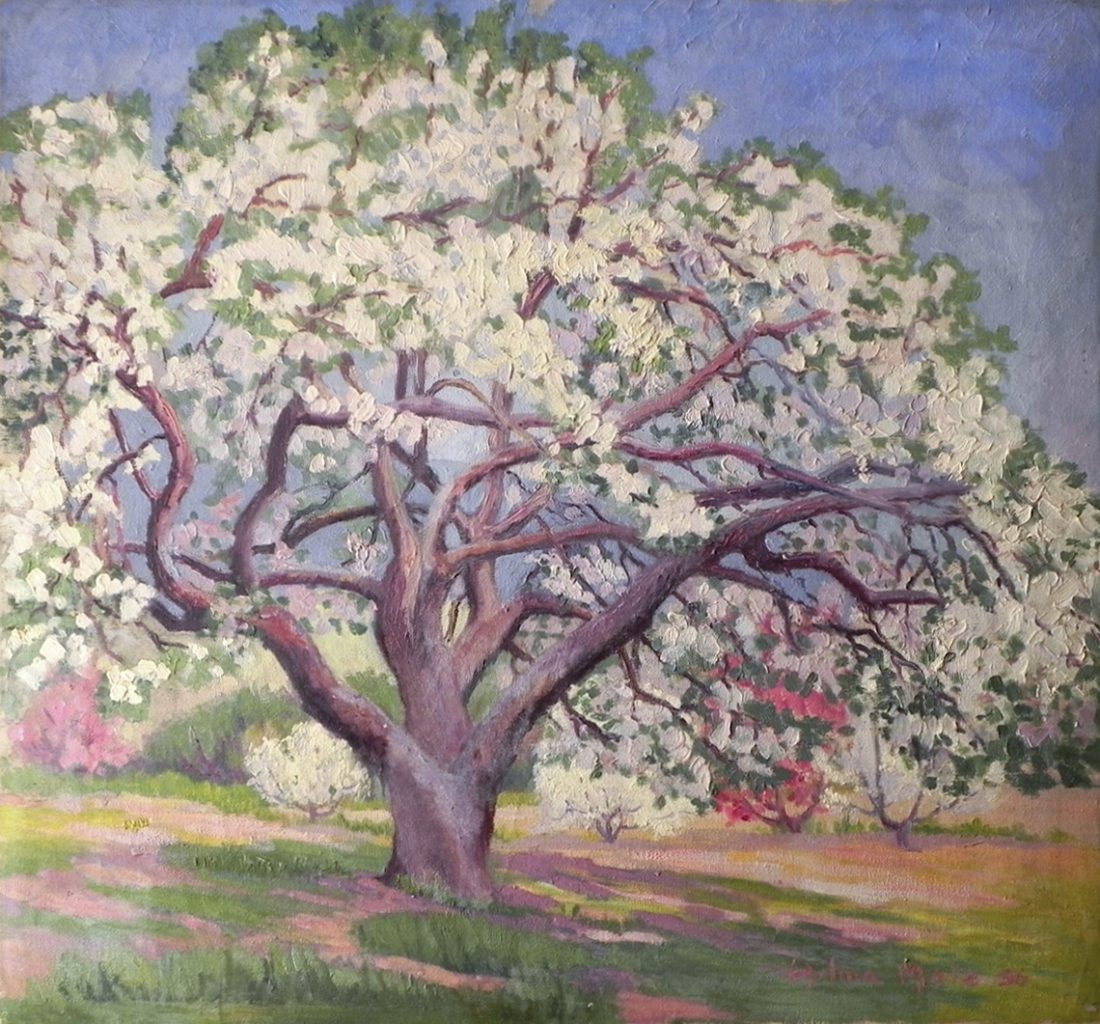 Payne had her first one-artist show in 1922, at Salt Lake’s Commercial Club, adjacent to the Boston Building, followed shortly thereafter by another one-artist exhibit at the Civic Auditorium, that was then located on State Street. For the next forty years, until her death in 1965, she exhibited frequently, most often with the Ogden Palette Club, the Utah Watercolor Society and the Associated Utah Artists. The Salt Lake Tribune [2/2/64] reported that she participated in a two-woman show with Clara K. Smith at the Utah State Historical Society. She also exhibited in Brigham City, Heber, Oakland, California, and Pocatello, Idaho, as well as being part of the 32nd annual exhibition that was held at the State Capitol Building in 1934, just as the WPA was being activated in Utah. And, according to AskART, her work made it all the way to the Metropolitan Museum of Art in New York (a reference, in our local papers, to her etchings gaining a reputation in the East may be referring to this).

Payne was highly regarded in that she was represented by “Utah’s first lady of the Arts,” Alice Merrill Horne. It was Horne who, as a legislator, pushed heavily for the creation of what became The Utah Arts Council, and as such promoted numerous exhibits, many of which included the corral of artists whom she represented. Through the Springville Museum of Art, I obtained dozens of letters, journal notes, and images of paintings by Payne. They received these historical documents in conjunction with their show, Hilma Mole Payne Retrospective — Utah’s Own, which opened this week and runs through January 29th. The show consists of 30 or so oil paintings, none of which has been seen in Utah since the early 1970s. A private collector who purchased the estate works almost four decades ago is providing the collection. This will actually be the second Payne showing at Springville, with previous entries in the Spring Salon of 1940. 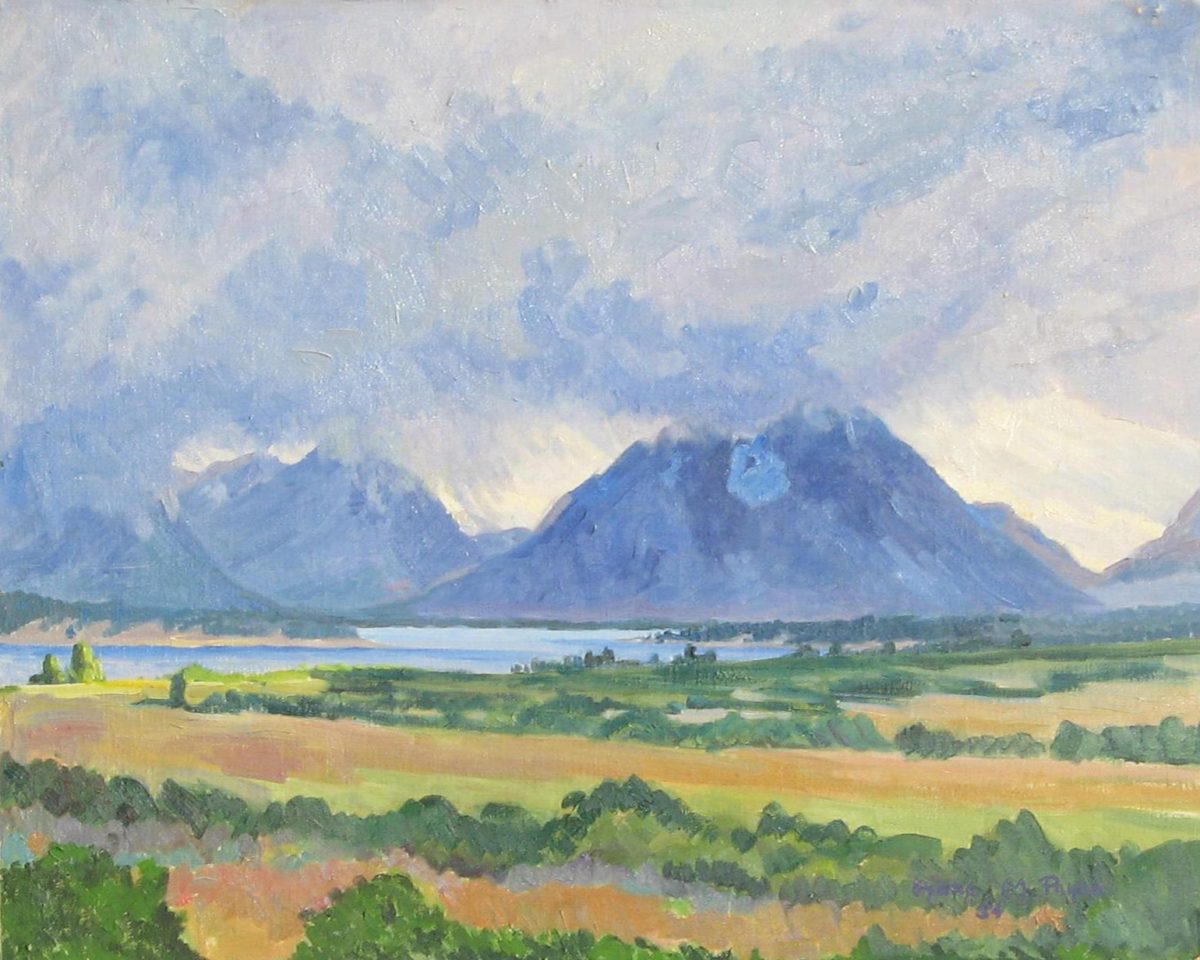 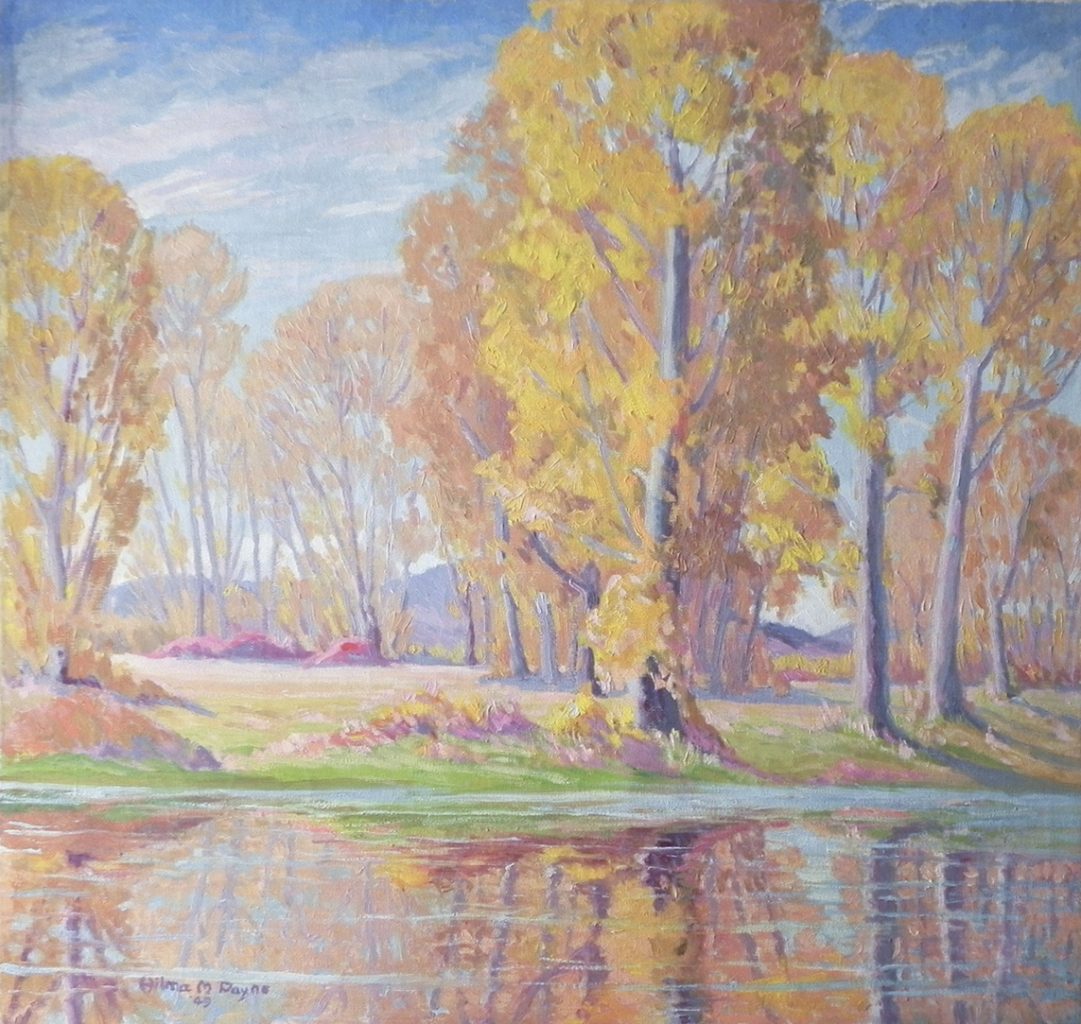 Many of the letters from Horne to Payne are directives — in a nice way. For example, an undated letter by Horne begins, “Dear Hilma, paint me a water color for an exhibit at Hotel Utah Jade room September 3 and 4th next. Will solicit to Ogden after I think. Try and paint a good strong one. Hope you are well.” Another “colorful” letter from Horne, dated May 16, 1937, addresses Payne and continues, “Ever since I saw your pictures I have been tickled pink …” Most of her letters encouraged her to come up with more paintings for specific exhibits. Interestingly, Horne’s letterhead reads “Utah Artists Exhibitions” and includes their slogan, “The Association for the Encouragement of Inter-Mountain Artists. Organized in 1920.” The list of artists on the masthead includes Mahonri Young, Florence Ware, J.T. Harwood, Minerva Teichert, Henri Moser, Avard Fairbanks, and Howell Rosenbaum, all of whom have been written about in past issues of 15 Bytes (“Alder’s Accounts”). The officers listed are equally as impressive: Mrs. Thomas Kearns, President and Mrs. Heber J. Grant, Mr. and Mrs. Clarence Bamberger, and others. At the bottom of the letter is the mantra, “Foster the Climbing Artists That Presently They Will Be the Old Masters.”

A 1939 correspondence from Horne presents a business proposition: “Heber High School with the name Wasatch High I believe have decided to name their collection for you and pay $75 for your newest aspen picture.” Horne goes on to say that the high school would probably want Payne to donate a painting as part of the arrangement. The idea was not new since she cited other school collections that had been named for other Utah artists: Harwood, West; Lawrence Squires, Cache South; Mary Teasdel, Smithfield Library; and Teichert, South High. The total list included six men and six women artists. Later, a reference by Horne said that Elsa Saxod and Hilma were her “two bestsellers,” significant given the who’s who of represented artists in Horne’s group. Other journal entries and documents referred to various famous world artists, their style, methodology, and mission. Likely these pages served as references for art classes that Payne taught. 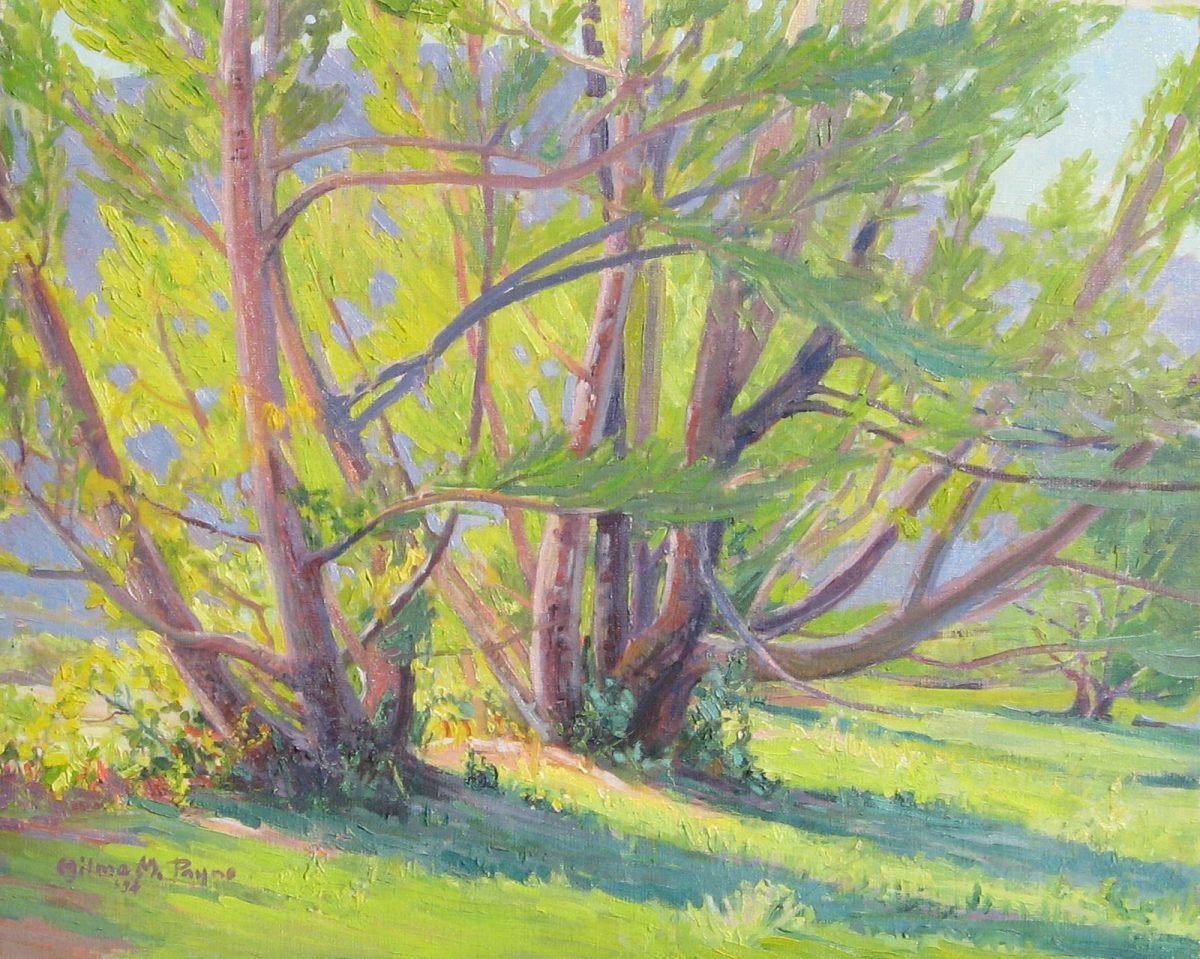 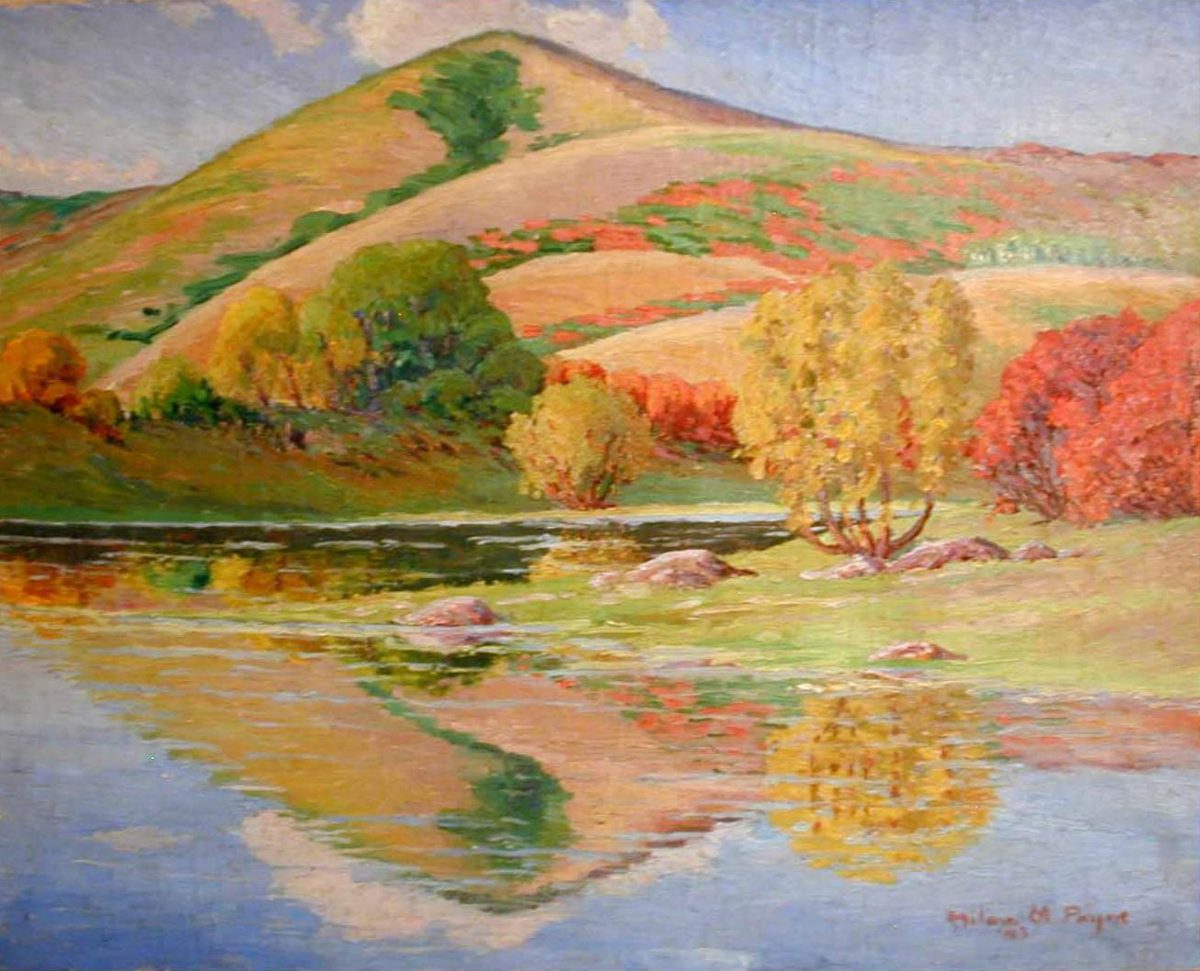 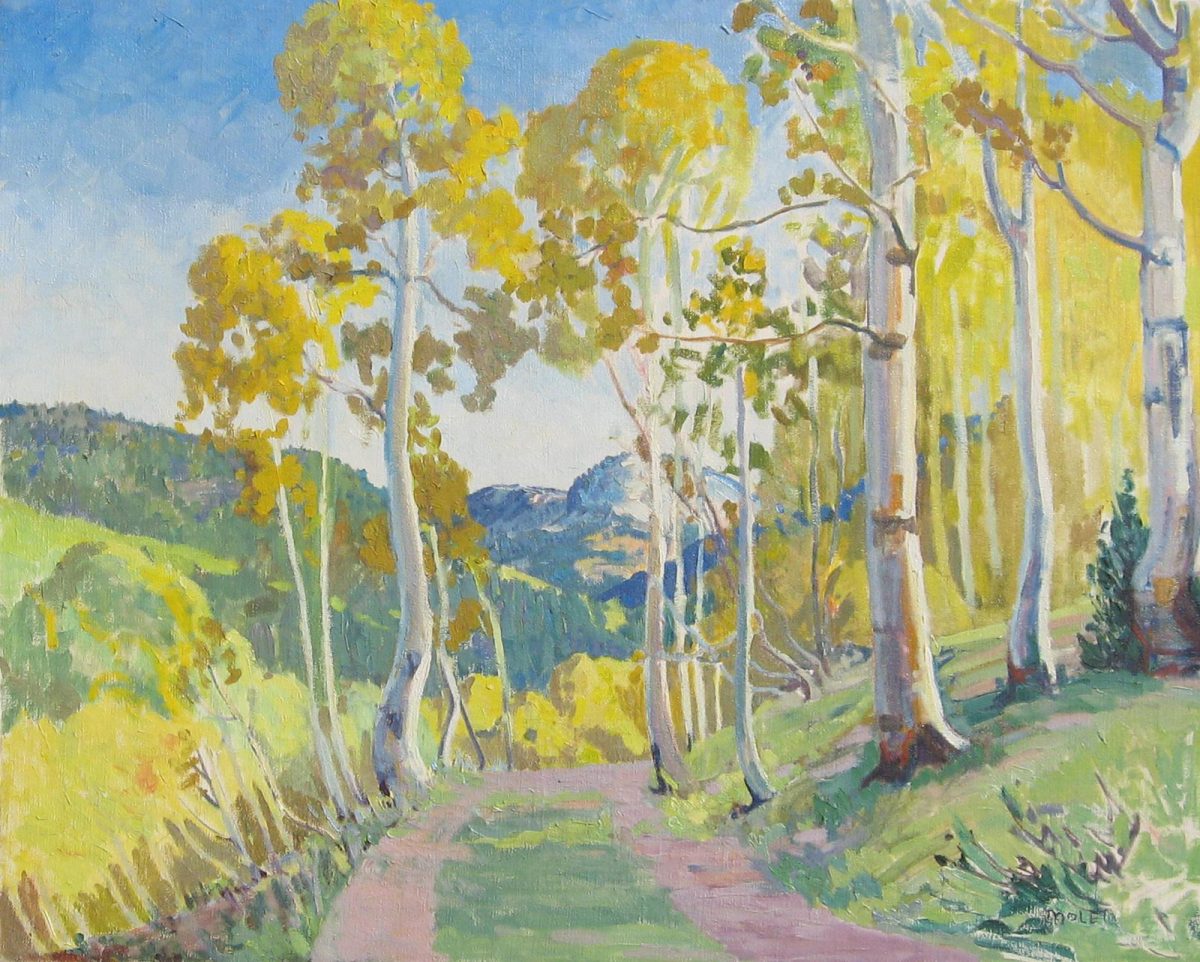 Verla Austad, of the Ogden Standard Examiner, reported in November, 1940, “ The secret of this quiet woman’s unending stream of oil paintings is told in a few lines. ‘I always keep a picture on the easel and when I have a few minutes to spare from my housework and my two and one-half year-old son, I indulge in a little painting.’ (And that takes ingenuity!)’ Chiefly a painter of landscapes in oil and watercolor mediums Mrs. Payne has lately been doing figure drawing for her own amusement.” After her divorce, Payne’s indulgence must have become more of a necessity, and she exhibited frequently in the 1950s. She also earned her living teaching in the schools and at the Eccles Art Center.

In terms of Payne’s paintings, those that I consider among the best are “Autumn Hillside,” with its vivid secondary colors, “Harvest Time,” showing familiar hay bundles, a favorite subject that was studied at the Academie Julian, “Aspen Road,” depicting a typical Utah mountain road through quakies, and “Reflections,” reminiscent of several LeConte Stewart works. The painting that belongs in the Alder collection was painted in 1952 and is one of my favorites by this splendid early Utah artist. The Springville show will be well worth attending and will give the viewer a full appreciation of Payne’s considerable talent. 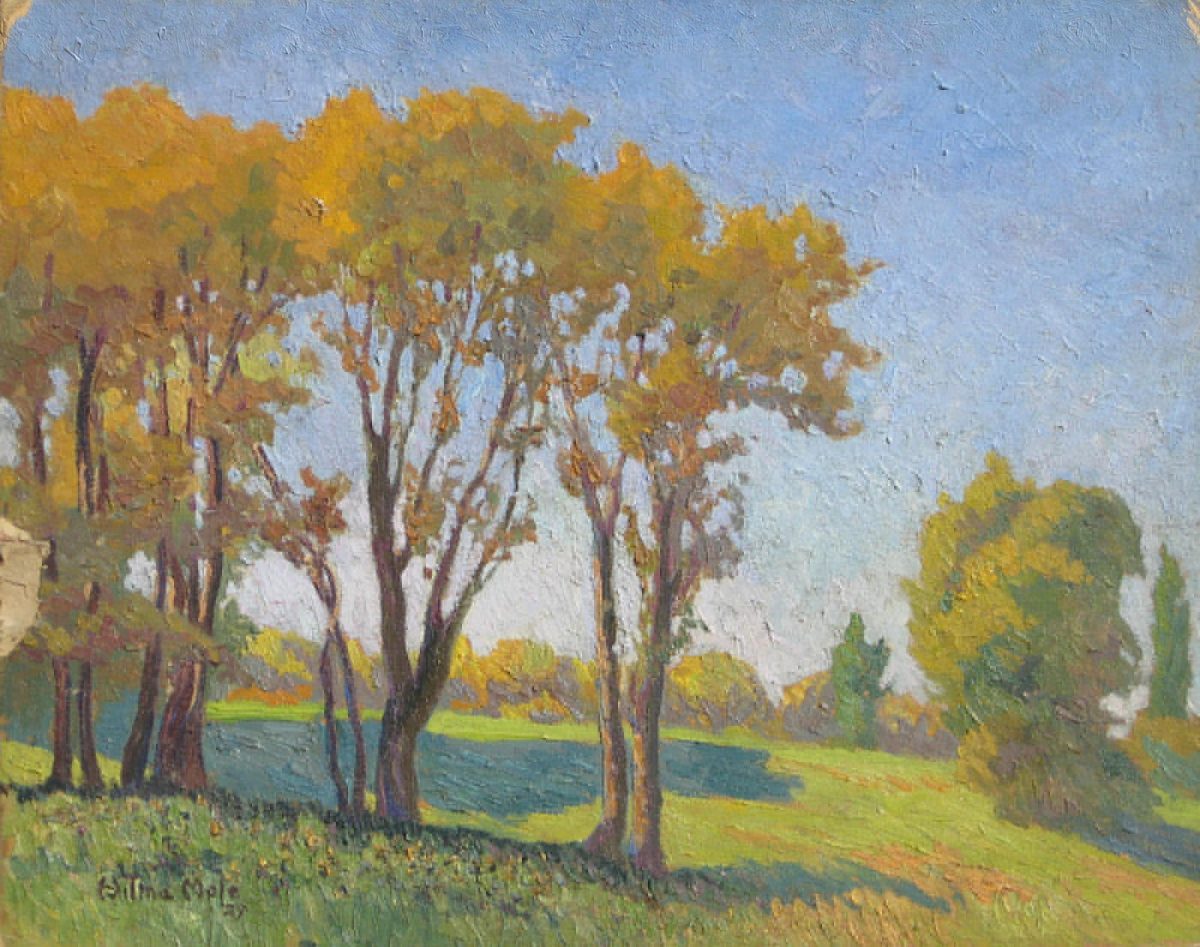 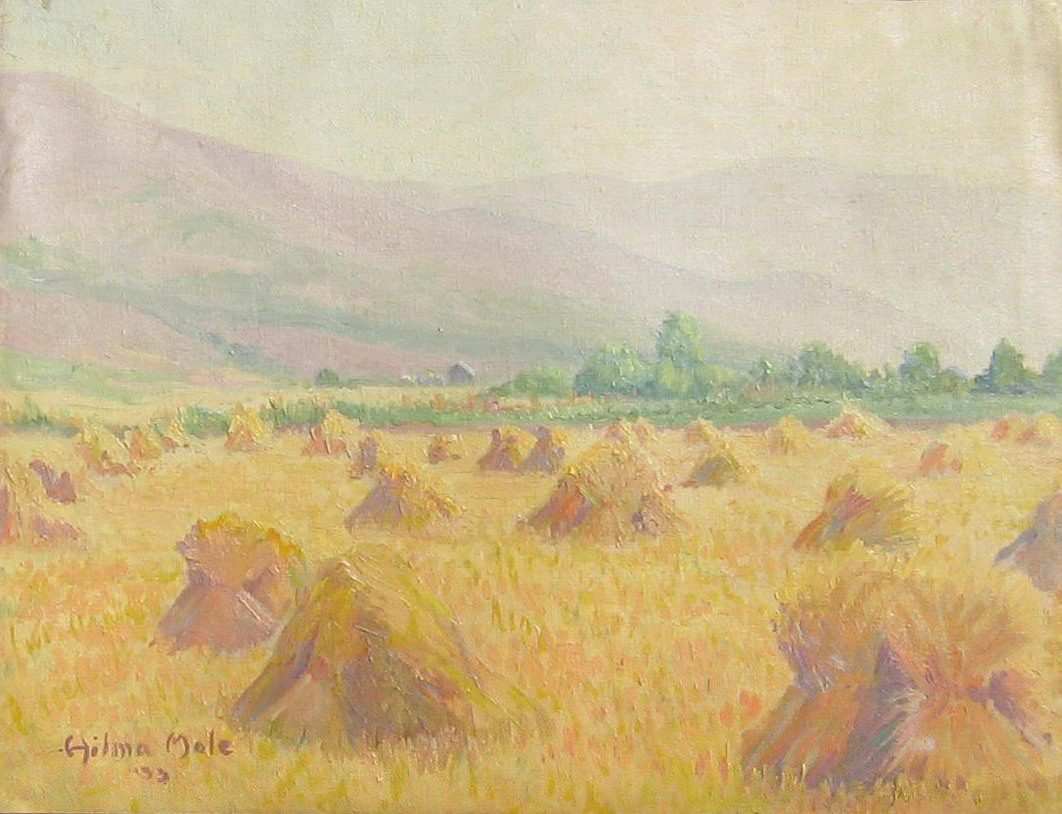 Thanks to Vern Swanson, Director of Springville Museum of Art, for supplying images and notes on Hilma Payne. Thanks as always to Shawn Rossiter, who provided additional research in ways that only he seems to be able to accomplish.

*Other sources list the artist’s dates as 1901-1973. Our dates, December 5, 1902 — July 3, 1965, are based on the obituary found in the July 4, 1965 Ogden Standard Examiner. Additional information in this article may differ from previous sources (her husband has been listed, at times, as William Payne). In cases in which information in this article differs from previous sources our information is based on primary sources, including newspaper articles, vital records, census reports, etc). 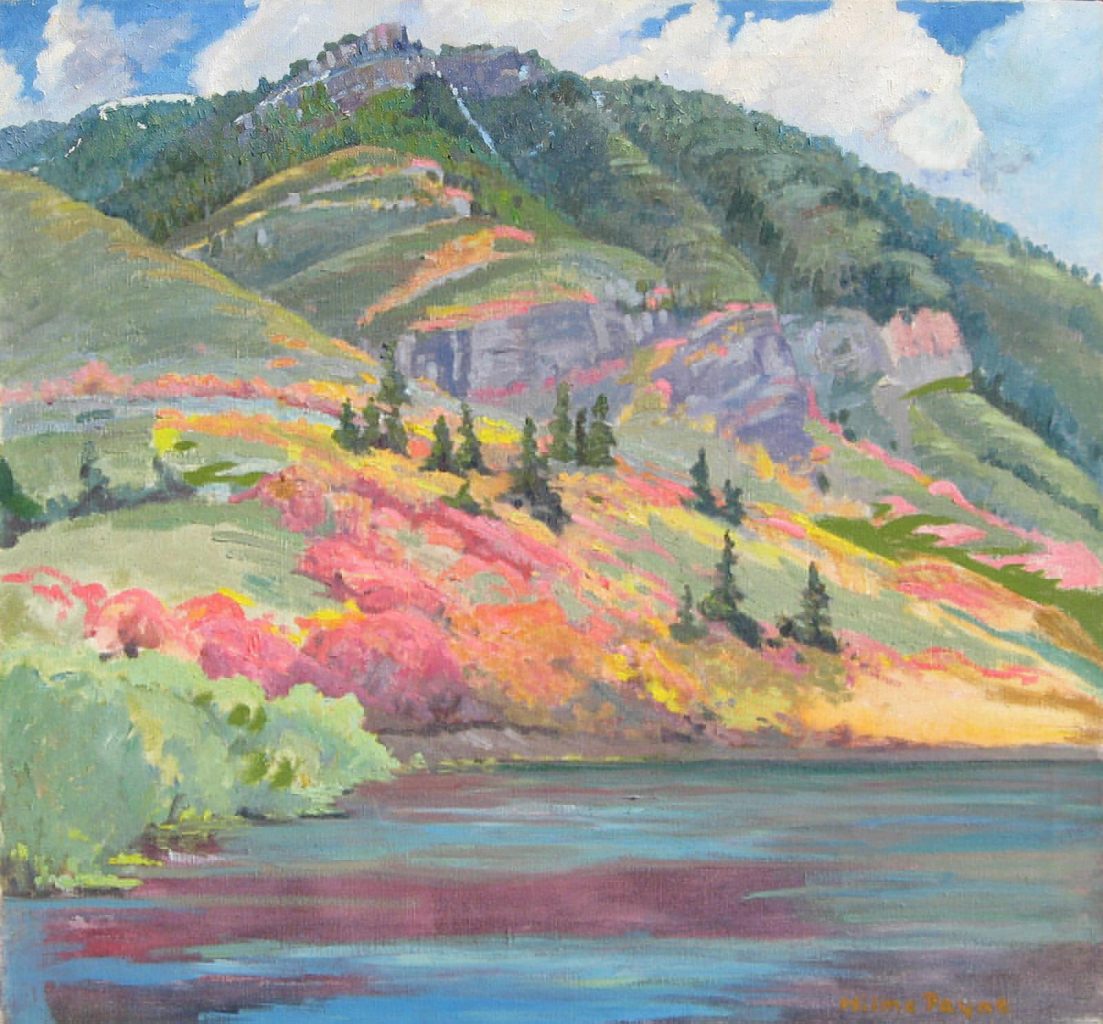 Hilma Mole Payne Retrospective — Utah’s Own is at the Springville Museum of Art through January 29.