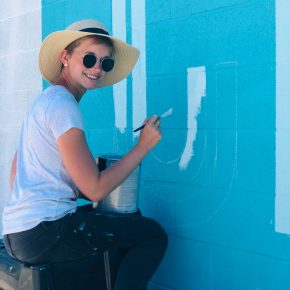 Hayley Barry at work on the mural in South Salt Lake

With their annual Mural Fest, South Salt Lake is a city on the move, and in case you haven’t noticed, Hayley Barry is spelling it out for you. In large letters. On colorful walls.

Barry, who operates as Type Affiliated, has been a sign painter for years. She got her first chance at a mural in 2019, on an interior of Waffle Love (1142 Fort Union Blvd., Midvale), and has been busy going big ever since.
“I’m a big picture kind of person which is the right personality to have when working on a mural,” Barry says. “It can be discouraging sometimes to focus in on one spot and feel like you’re not making progress, but when you take a step back and see the bigger picture it’s very exciting. I love working on a large scale because the end product is so fulfilling, it’s also fun to work outside and get to talk to people who come to see what I’m working on.” 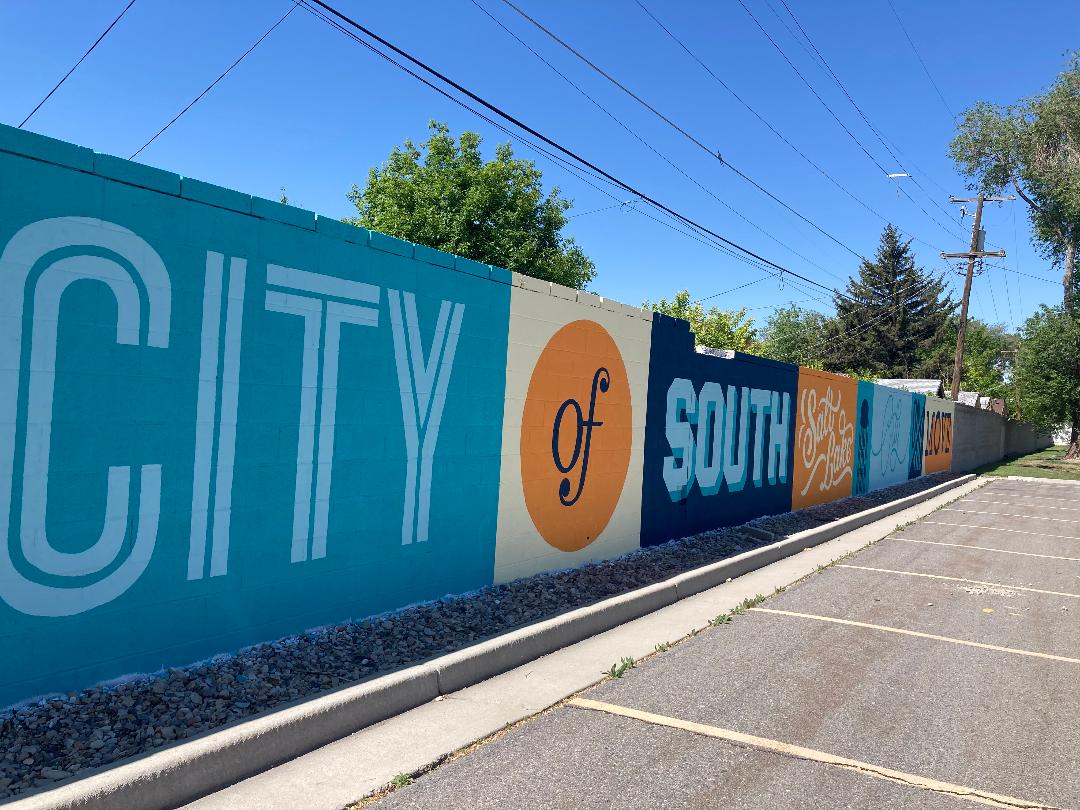 The City of South Salt Lake wanted a bright mural with their slogan “City on the move” presented on it. “I wanted to make sure that the lettering felt dynamic and fun (with a lot of movement!).”
You’ll find the mural just behind the South Salt Lake city offices, at 176 E. Oakland Ave. 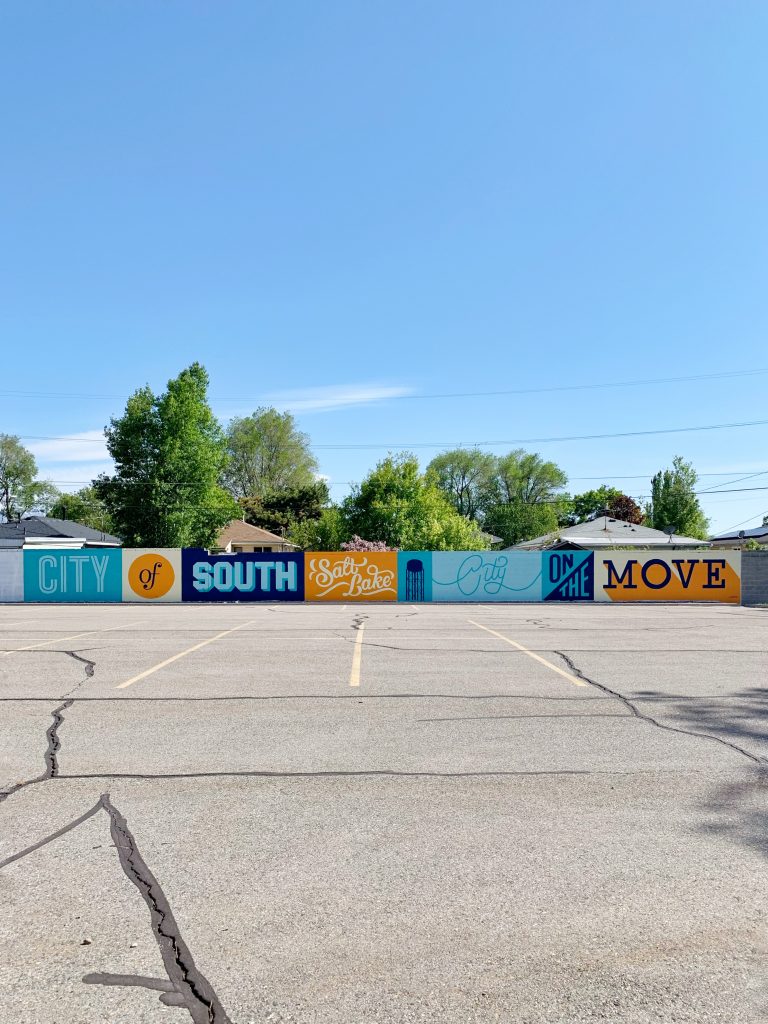