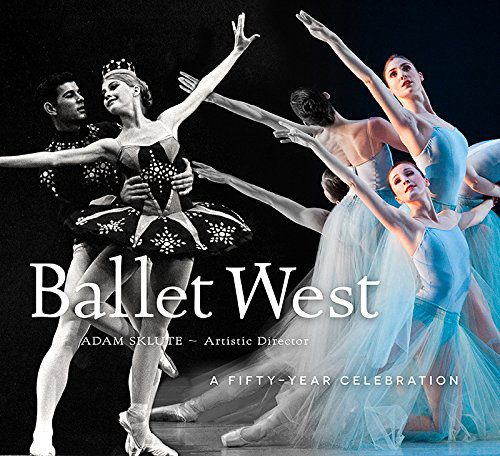 With all the golden anniversaries going on in Utah’s art community, one could only imagine with dread the cultural wasteland Salt Lake City must have been in 1960. There was no Ririe-Woodbury Dance Company, Utah Symphony or Ballet West, all of which recently celebrated their 50th anniversaries; nor a Phillips Gallery or Repertory Dance Company, which are gearing up to celebrate their own half century, this year and next respectively.

The best way to celebrate these milestones might be to buy some tickets or take home a work of art. If that’s not enough, however, the University of Utah Press recently came out with Ballet West: A Fifty-Year Celebration, an extremely handsome book chock full of images that chronicle the company’s 50-year history.

Ballet West began when Brigham City-native William Christensen returned to Utah after performing in vaudeville and forming the oldest ballet company in the United States, the San Francisco Ballet. He founded the ballet department at the University of Utah in 1957, and in 1963, with Glenn Walker Wallace, formed the Utah Civic Ballet, which became Ballet West.

Ballet West: A Fifty-Year Celebration is more a keepsake, coffee-table book than a history. 226 Photographs, from grainy black-and-white images documenting the early years, to crisp colorful shots from recent seasons, are tasked with chronicling the company’s fifty-year history over almost 200 pages. A short afterword, chronicling the company’s ever-popular Nutcracker performance will be enjoyed by thousands of Utah parents, as well as the fans who cheered for the company this past season when they took the holiday treat to D.C..