Getting Creative with Hate: Speaking Volumes Transforms Negativity at Springville Museum of Art 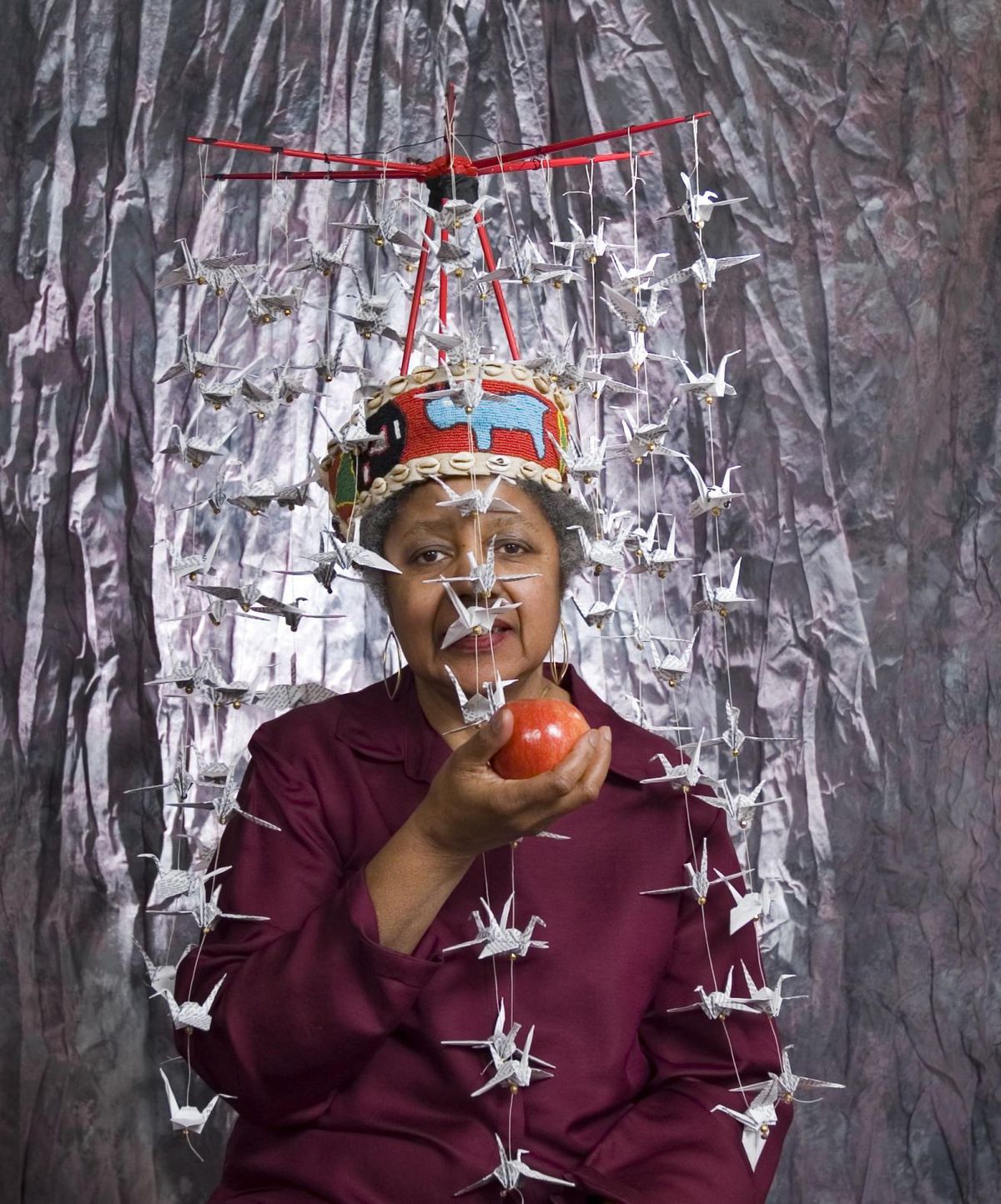 Racism and discrimination have played far too important a role in the formation of American society. The treatment of minorities in this country has been a history of violence and oppression, filled with stories many would wish to forget, but cannot. Though many great strides have been made to fight this racism, discrimination is still not a thing of the past in America. Questions of prejudice and racism constantly appear in mainstream media, from the stories of police brutality that inspired the Black Lives Matter movement to the tragedy that happened at the rallies in Charlottesville in August 2017. Racist, sexist, Islamophobic, and other discriminatory comments are thrown around on social media, the news, and in campaign speeches. Incidents like these are not the exception, but rather constant reminders of how big an issue discrimination is and that hate crimes are something many face every single day. The question then remains, how do we combat this kind of hate?

Speaking Volumes: Transforming Hate, an exhibition that opened this month at the Springville Museum of Art, seeks to combat this problem through art. Ironically, the exhibit was inspired by the Creativity Movement, a violent white-supremacist group based on Creativity, the religion founded in 1973 by electrical engineer and former Florida state legislator Ben Klassen. After a defector from the group offered the Montana Human Rights Network 4,000 volumes of the movement’s ideological works in 2003, the public was able to examine the violent and extreme racist, anti-Semitic, anti-Christian, and homophobic beliefs espoused by the group. These texts inspired Katie Knight, curator of the exhibit, to pitch the idea for this exhibition to her colleagues at the Holter Museum of Art in Helena, Montana, where, in 2008, Speaking Volumes: Transforming Hate first opened, featuring works by artists who transformed the hateful white supremacist books and beliefs into uplifting works of art.

Speaking Volumes: Transforming Hate, which has been brought here by Utah Humanities, features work by more than 30 artists. Whether through direct interpretation of the Creativity Movement texts, or by exposing the tragic consequences of hate, these artists create models for teaching tolerance and how we can spread respect and love rather than bigotry and hate.

Literally transforming Creativity documents is “Red-Crown Crane,” by Clarissa Sligh. Taking inspiration from the thousand paper cranes at the Hiroshima Peace Memorial, Sligh’s work features her own paper cranes, folded from the pages of the hateful texts, turning the words into a symbol of peace. An African-American artist, Sligh felt a responsibility to respond to these books with her art. She explains, “I learned to turn the pages of the books into origami cranes. My fingers were stiff and clumsy. My folds were irregular, imprecise. But I continued folding.”

Condemning these texts further is Lisa Jarrett’s collage “In Equality (Triptych),” three panels that work together to create a cross-out poem. Using text Klassen, Jarrett selects individual words, circling and linking them together with lines in order to create her own original poem. The words of her poem are set against the original texts, which are collaged to form images of white picket fences, slaves, lynchings, hooded figures and, finally, the Statue of Liberty, where Jarrett’s words read, “The – face of – Liberty – is – polluted – and – hog-tied.”

While works like these directly transform and engage the documents of the Creativity Movement, other works draw from broader sources. Dominating the far wall of the exhibit is a grid of photographs by Native American artists Jaune Quick-to-See Smith and Neal Ambrose-Smith entitled “Blue Eyes, Brown Eyes.” The work is inspired by the “Blue Eyes, Brown Eyes” social exercises of grade-school teacher Jane Elliott. Begun the day after the assassination of Martin Luther King Jr. as a way to teach her children about prejudice and privilege, Elliott’s exercise separated her children according to eye color, treating each group alternately as superior or inferior. The Smiths’ installation features subjects wearing paper-covered glasses covered with blue eyes arranged opposing the same subjects wearing brown-eyed glasses, suggesting that if race, and thus racism, is a social construct, it is something that can be unlearned just as it is learned. The strength of this exhibit is surely the issues at its foundation, however the variety of mediums and subjects showcases the complexity and nuance of each artist’s interpretation and experience with hatred. The aesthetic strategies vary throughout the exhibition, from the woodcut print of John Buck, who suggests racism will one day be as extinct as the dodo, to the mixed-media ancestral pedigree display by Jean Grosser, her Jewish ancestors becoming faces of those who have faced this persecution. Equally powerful are the three-dimensional works: whether objects are handmade, as in the case of Valerie Hellerman, or found, in the case of Nick Cave, they bring life into ordinary objects that surround us every day and inform our thoughts.

Hate can take many forms, as can our response to it. This exhibit showcases how these individuals chose to process, transform and combat hate and discrimination, specifically that espoused by the Creativity Movement, hiding for decades in the shadows, but more generally the bias and discrimination that pervades various elements in our society. Together, they provide a basis for learning, learning how to combat racism, how to teach equality over bigotry, and ultimately how to transform hate into love. As according to the words of Martin Luther King Jr. , “Returning violence for violence multiplies violence, adding deeper darkness to a night already devoid of stars. Darkness cannot drive out darkness: only light can do that. Hate cannot drive our hate: only love can do that.” Rev. Dr. Martin Luther King Jr. Strength to Love, 1963.