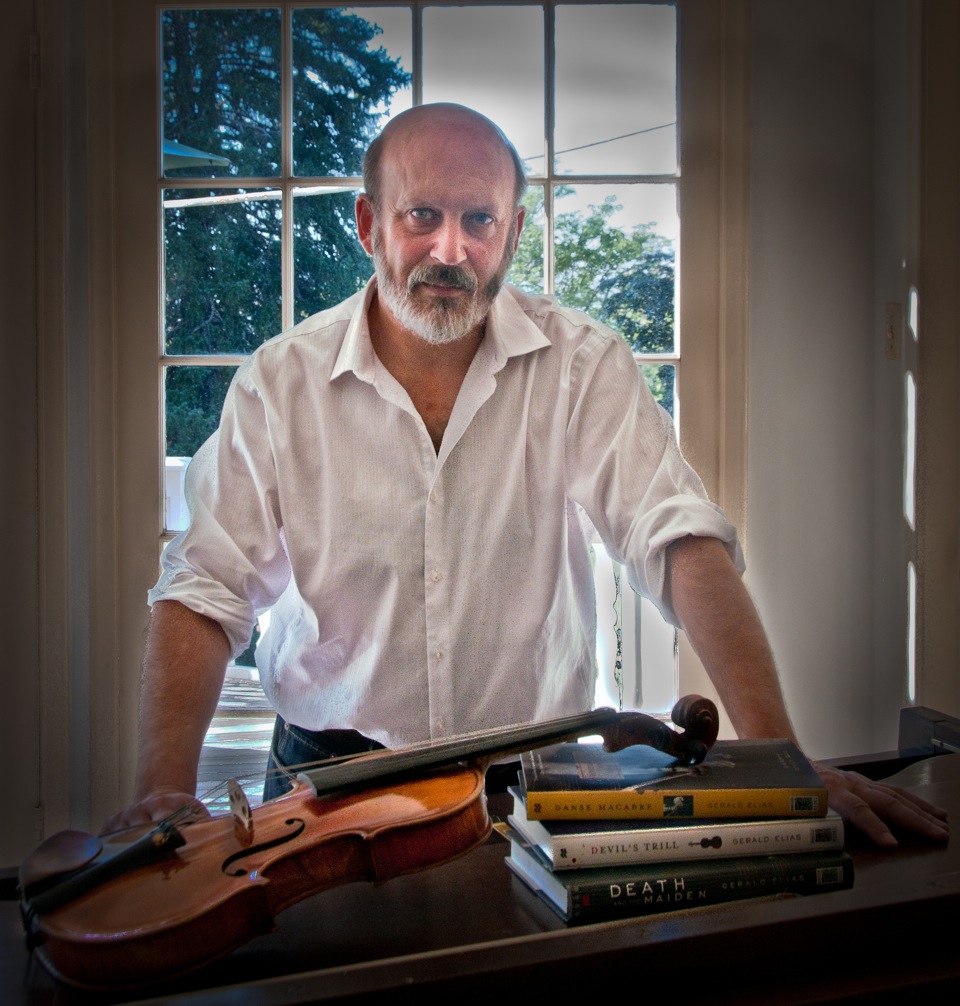 Local author Gerald Elias will be at Kings English Bookstore Tuesday night to read from and sign his third murder mystery, Death and the Maiden.

Elias will be more familiar to the arts community as a violinist, associate concertmaster for the Utah Symphony and professor of music at the University of Utah. In 2009 he began a second career when he published, Devil’s Trill the first in what has become a series of mystery novels that features Daniel Jacobus, a blind violinist who turns amateur detective in the first novel when he becomes the suspect in a murder case.  Elias brings to these novels his knowledge of and love for classical music, as he weaves discussion of performance, technique and outstanding works with intricate plots that shed light on a dark underside of the classical music world.

Music critic Ed Reichel discusses Elias’ newest book, Death and the Maiden, in a recent blog post. Elias’ second book, Danse Macabre, is a finalist for the 2010 Utah Book Award, which will be decided this month as part of the Utah Book Festival, and will be reviewed in this month’s edition of 15 Bytes.

On Elias’ website you can listen to him play the pieces mentioned in his novels.

And wear your 15 Bytes tee shirt to the reading at King’s English Tuesday night – (October 4, 7 pm) – and you could win tickets to a musical performance in Salt Lake.