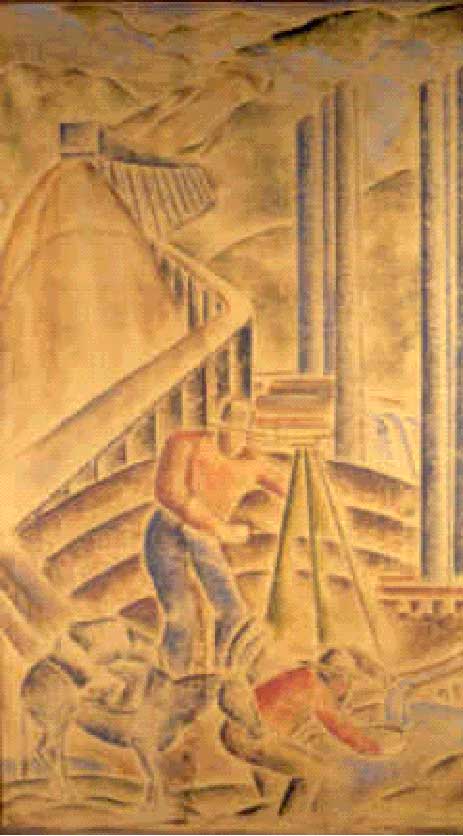 Dibble grew up in Layton, Utah. In 1941, he began a long career as an art professor at the University of Utah. In addition to being an artist, he was the chief art critic for the Salt Lake Tribune for some time.

Dibble submitted this piece to the Utah State Fair back in 1938. One of the State Fair authorities disliked the painting so much that he attempted to scrub the surface off with a piece of steel wool. He succeeded to some degree and the water stains are evident, but the painting obviously survived the abuse.

No effort has been made to repair the damage, mostly because the painting has seen too much trauma. But at this point, the story is almost worth more than the painting. The Utah Arts Council displays and travels the piece in its current condition.