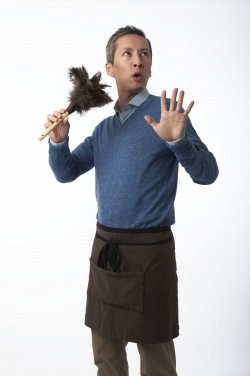 In PYGmalion Theatre’s excellent Buyer & Cellar, you have Barbra Streisand as herself; a quick cameo by her husband, James Brolin (in search of frozen yogurt with sprinkles); her down-on-his-luck employee, Alex More (recently fired as Disneyland’s Mayor of Toontown for telling a child where to put his churro); his proudly Brooklyn-reared boyfriend, Barry . . . all these and more played with style and substance by one man conversing with himself: Aaron Swenson.

It’s a good thing, too, because he would be a tough act to follow. Swenson is an exceptional actor who, in some communities (many in attendance), is best known as the three-time lead in Plan-B Theatre’s cult favorite Hedwig and the Angry Inch. His charm and vivacity were truly transporting on opening night at the Rose Wagner Black Box.

Seating was cabaret style, with a bar stocked with a variety of excellent brews. The Perrier was reasonably priced; don’t know about the beer – one daren’t at a 90-minute production without a bathroom break, er, intermission.

The premise was based on a 2010 coffee-table book Streisand wrote about her Malibu estate, My Passion for Design. In the basement of the barn (this part of the story is truth) she built a shopping mall to hold her accumulation of “things” (and I thought I was a hoarder) that includes a doll shoppe, a gift shoppe, an emporium that carries antiques, another shoppe with vintage clothes – this was where the play was set, with a glam gown in a case with carved dolls around the base (so it could also serve as the doll shoppe); a clear plexi chair and tiny garden table. There was an imaginary popcorn machine; another that dispensed frozen yogurt. Alex was hired to dust it all and be a pretend shopkeeper should Barbra decide she wanted to “buy” some of her own stuff – or have a coffee yogurt. She, too, was fond of sprinkles – lots of them.

Alex’s first encounter there is with estate-manager Sharon (he plays her brilliantly) who tells him to show up the next day with his old car washed. Knowing little about gay icons Barbra and Liza (“except when Barry would sit me down for a tutorial”) Alex eventually comes to adore the diva and to eagerly await her visits to the shoppes. She, too, seems to open up to him. But . . .

The aspirational “message” for his life that follows (and I suppose there had to be one) when it came was a little preachy and might not have had a comfortable place in this otherwise funny (sometimes raucously so) comedy.

The lively script does drag in a couple of places (do note the pun), but is abundantly redeemed by the rest.

With several broad steps for Swenson to gambol up and down, sit upon, and even talk to audience members at the front tables, Andrea Beecher’s minimal set worked beautifully. Under the capable direction of Teresa Sanderson, Swenson consistently made excellent eye contact with the audience in the cabaret setup. Whether he could actually see beyond the front row is questionable, but he appeared to.

His movement to one side of the audience caused Swenson’s voice to drop a bit, making some lines inaudible for those seated on the other side. And there was a constant whirring sound, impossible to tell if it was from lights or filming of the performance, but it was distracting. (Perhaps it came from Barbra’s frozen yogurt machine?)

Swenson, in character, tells us he doesn’t try to impersonate Streisand – but he very nearly channels her at moments. It’s eerie. He aptly conveys laughter and sadness and whether you love the Funny Girl or loathe her, this play is a must-see because of his spot-on portrayal of ALL the characters. 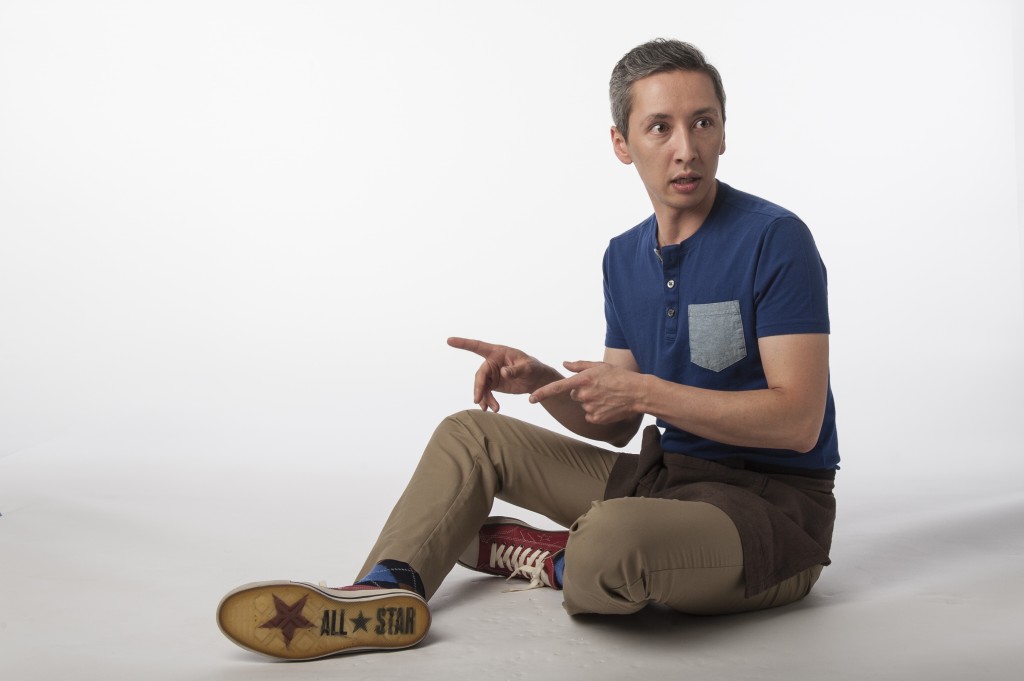