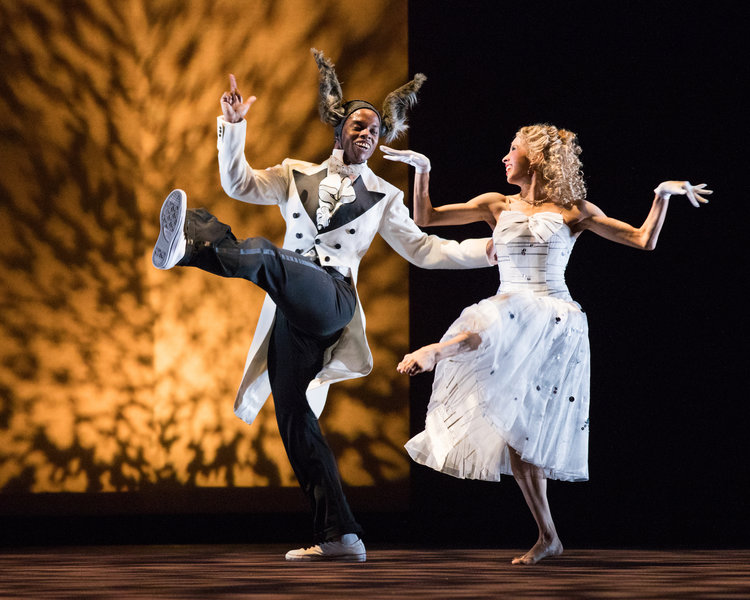 David Bintley’s “The Shakespeare Suite,” the title piece of Ballet West’s spring season, opens with Kyle Davis as Hamlet and a chorus of four couples slinking across a maroon carpet, the women dressed like Audrey Hepburn in “Funny Face” and the men (save Davis) in kilts and mesh shirts. Davis and the chorus’s repetitive sharp gestures usher the audience into the comical world created by the marriage of Duke Ellington’s music, Shakespeare’s characters, and Bintley’s tongue-in-cheek choreography. “The Shakespeare Suite” humorously portrays the most famous Shakespearean characters from both tragedy and comedy in a series of vignettes set to Ellington’s Big Band sounds.

Christopher Sellars and Katherine Lawrence charmed in the first duet as a Converse-clad, pop punk Kate and Petruchio from “The Taming of the Shrew.” Lawrence’s eye rolls and huffing marches, all done in a fluffy wedding dress, argued with Sellars’ spiky-haired, jaunty prankster. Typically cast in sparkling but demure roles, it was exciting to see Lawrence’s amusing over-exaggeration.

The only solo of the work was Davis’ portrayal of Hamlet, which both opened and closed “The Shakespeare Suite.” Beginning with a pinpoint focus off stage, Davis, whom I have not had the pleasure of seeing in soloist roles before, showed a confident coolness, even while going mad. His technique skillfully folded into the character, making him an apt guide for Bintley’s surreal world populated by beatnik Shakespeareans.

It was a treat to see Ballet West’s dancers portray characters so far beyond the scope of their typical repertoire. I hardly recognized Adrian Fry stalking across the stage as Othello, and Allison DeBona’s devious smiles made her a delightfully manipulative Lady Macbeth. The ballet showcased a rarely revealed, comedic side of Ballet West. With all its character and wit, “The Shakespeare Suite” doesn’t try to be more complex than it is; it’s a romp, a gleeful amusement both for the dancers and the audience. 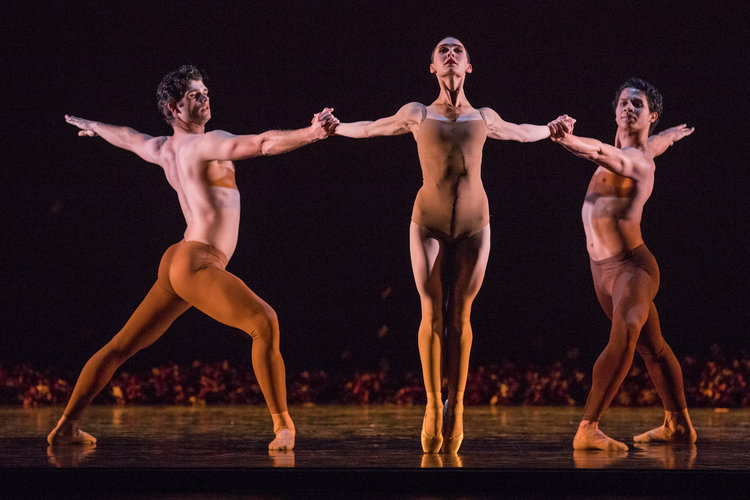 The first work of the evening, Jiří Kylián’s “Return to a Strange Land,“was the most benign. Dedicated to John Cranko, “Return to a Strange Land” presents two pas de trois and two pas de deux, each featuring Kylián’s oft-imitated style of smoothly intertwined partnering. Costumed in academically simple blue or gold leotards and soft-hued tights, the dancers begin on an autumn-colored stage, piles of leaves in the background, as they wind and unwind their arms, tangling their bodies until interwoven connections emerge. A dancer is lifted in an arch and spun into a deep plié while her partners draw connected circles around her. When the dancers do separate, they rush away from each other, flying around the stage like the leaves piled upstage.  Eventually they come together again, knotting themselves into moments of delicate, embracing balance as their kaleidoscopic shapes, perfectly symmetrical yet complex, emerge and disappear. The partnering is intricate but was deftly handled, especially by Chase O’Connell. Paired with Emily Adams, whose musicality is entrancing, the blue pas de deux was clear and heartfelt without being overly earnest.

I will confess, I was most excited about Ballet West’s spring season because of “Summerspace,” Merce Cunningham’s masterwork that premiered at the American Dance Festival in 1958. The work was created with Cunningham’s unique collaborative process in which composer, choreographer, and designer each created independently, only coming together at the premiere of the work, a process still imitated as the work is reset on new dancers. “Summerspace” features colorfully dotted unitards and a backdrop designed by Robert Rauschenberg, as well as a spacious score composed by Morton Feldman. This type of collaborative process is obviously risky, but in this case yields a work where each element is fully realized, able to simultaneously stand on its own and interact with the other elements. Granted, it’s a great help for “Summerspace” to have had such accomplished collaborators. To quote Feldman, “Say you’re getting married and I tell you the dress won’t be made until the morning of the wedding. But I also tell you it’s by Dior.”

Though it was the oldest work of the concert, “Summerspace” was the most unconventional, challenging both physically and conceptually for a typical ballet audience. Its clarity and simplicity made it an easy work to watch, however. Dancers charge through the space with impossible sequences of spins and springs. Spacious lines that lean toward balletic, speedy turning sequences, and simple patterns of skips, triplets, and leaps are juxtaposed against abrupt stillness. The music drifts in and out, filled with silence, almost fluttering past your ears. Ballet West’s cast was spritely in their charming interpretation, and their youthful verve was dazzling. Katlyn Addison’s open presence anchored the work. She kept the lift and speed of “Summerspace” from flying away, grounding the performance with her voluminous dancing.

“Summerspace” was clearly a challenge for Ballet West’s dancers: the movement passages are physical non sequiturs, technically brutal in their composition. But seeing such accomplished dancers struggle is its own reward. In one moment, Katie Critchlow balanced on the subtlest of relevés, shaking as she shifted her weight to one leg. There was a sense of concentration that I have never seen at a Ballet West performance, an almost palpable air of risk. That the dancers were able to maintain humor and playfulness made their attempts and successes even more intriguing to watch. More than once the audience giggled and burst into spontaneous applause, reactions as rare as they were delightful and well deserved. 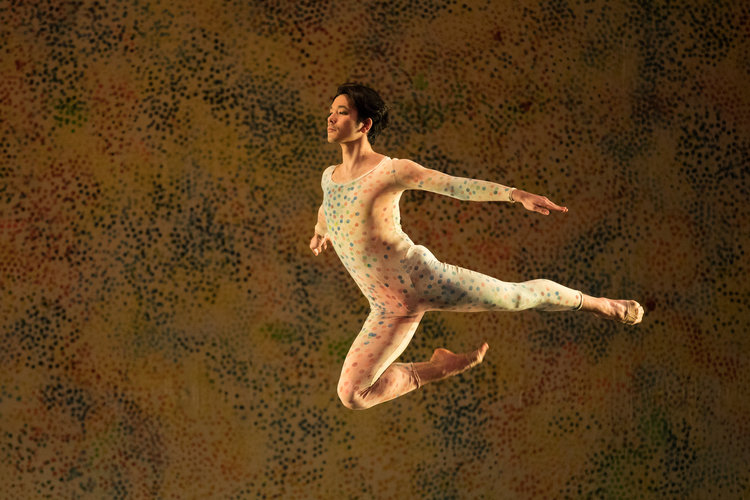