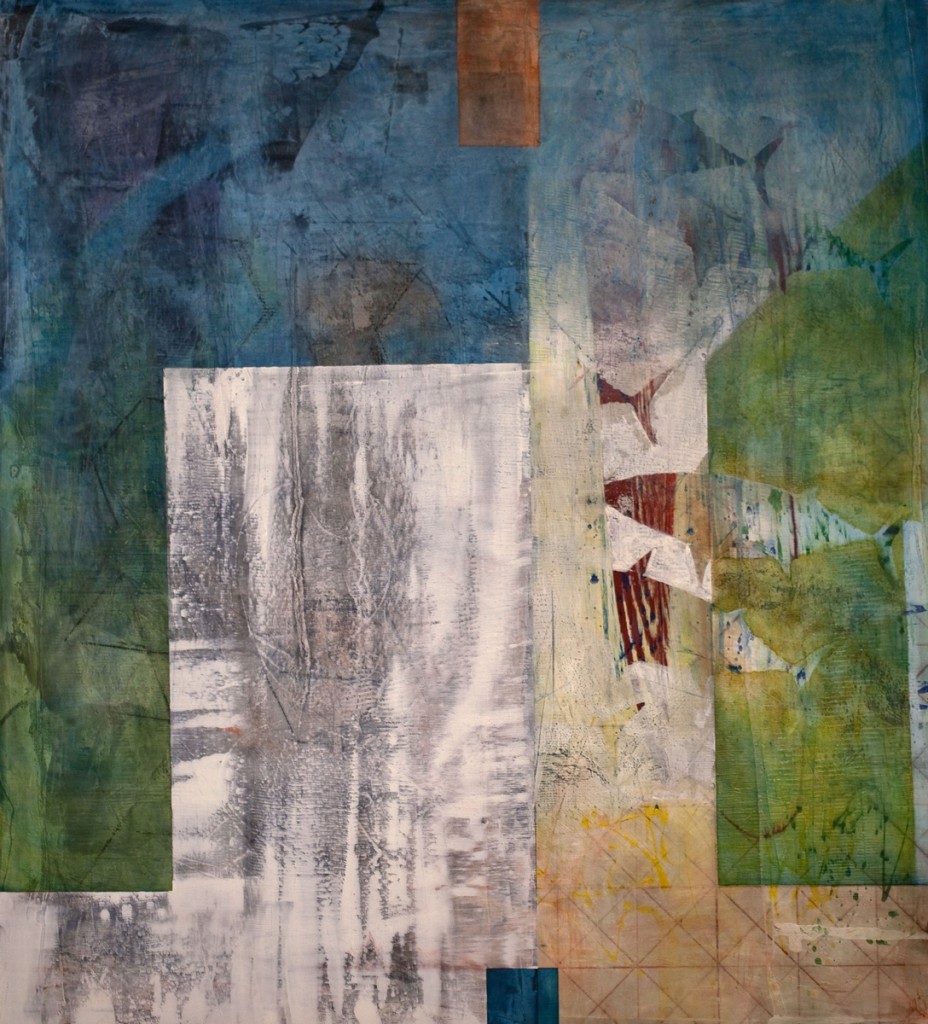 Brigham Young University professor Joseph Ostraff has made many trips to Tonga. This piece, made in response to an experience he had while visiting the island of Foa, was created in 1999 and accessioned into the State of Utah Fine Art Collection in 2002. Ostraff says painting is his way of developing a personal sense of pattern and order in response to what he sees.

“While living on the island of Foa in Tonga, my family and I met Hiko, a nobleman from the neighboring island of Kau Vai” recalls Ostraff. “He was the living heir from a family line with the ability to call in schools of skipjack tuna. While we were there, Hiko went out into the bay and called in the fish. Both our villages ate tuna for weeks to come. There were several ‘tapu’ associated with the event. The most significant condition being that all the fish caught must be shared among the people and not sold for profit. This painting is about the movement from myth to belief founded in shared experience. Going abroad has enabled me to return to Utah and to appreciate the diversity found in my own backyard.​”

Ostraff’s mother has been quoted as saying, “What happened to my boy? He used to be so good at art.” Allan Fern, curator at the Smithsonian Institute in Washington, DC and juror for the 1993 Utah Arts Council Fellowship Competition, is quoted as saying upon his selection of Ostraff to be one of the fellowship recipients: “Joseph seems to have some pent up anger and uses nature as a metaphor to address social concerns.” Ostraff’s response to these two statements is, “When you’re doing something you feel is really important many people and especially your mother may not understand you.” Secondly, “I consider myself to be a friendly, easy-going artist, but my work does express a frustration towards the way we treat nature and each other. Hopefully the things I do as an artist will have some positive impact on the people within my community.”

Joseph Ostraff has received the Utah Visual Arts Fellowship twice during his career. This piece was recently removed from the vault to be on temporary display at the Alice Gallery as part of the exhibition “Utah Artists Elsewhere”. The exhibit explores artwork by Utah artists exploring outside of Utah. The exhibition is up through March 6, 2015.