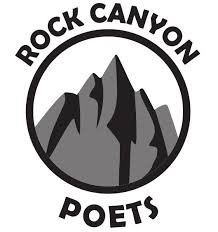 PROVO — “In these pages,” says poet Lance Larsen  “you’ll find starlings and stars, red rocks and coffee shops, turntables and wishing wells, burritos and razorbacks and reruns of The Sound of Music.” Utah’s Poet Laureate is talking about Orogeny, a Rock Canyon Poets anthology which will have its launch Tuesday, June 14 at Pioneer Book in Provo.

Defined by Merriam Webster’s Dictionary as the process of mountain formation especially by folding of the earth’s crust, orogeny may seem like an odd title for a poetry volume unless you have ever written a poem yourself, and then you would see the brilliance of such an organic title.

Rock Canyon Poets offer “poetry with the tactile clarity of tin-can messages through fuzzy strings to the ears of an audience,” according to their lively website. “These poems are tumbleweeds in semi-truck grills. They get stuck in your teeth, build bridges of spun sugar, and make it possible to mount a camel without a sturdy ladder.”

And of the current volume, Michael McLane, editor of saltfront and Sugar House Review says, “While Orogeny gestures to the spectacular Wasatch Mountains that loom above the Provo home of these nineteen poets, it also points back to origins and myths. In this collection we find a myriad of such stories of beginning (and hints at their endings) ‘folded and deformed by lateral compression to form a mountain range’ from fallen angels to exploding stars, from Eve to Eurydice and the spectacles of carnival or war. These poems lay at fault lines, at places of slipping, subverting, and rising above.”

The release party will also feature the group’s regular Tuesday open mic night for anyone who would like to read their work. Copies of the anthology will be available for purchase for $10.