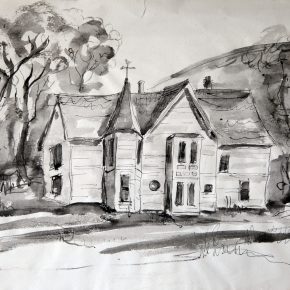 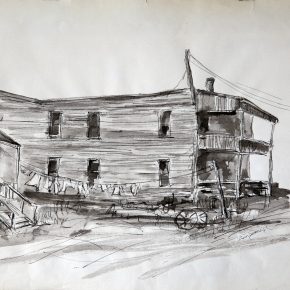 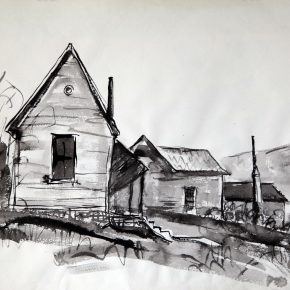 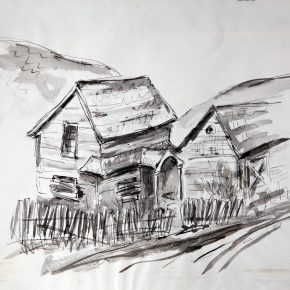 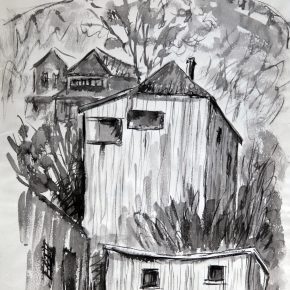 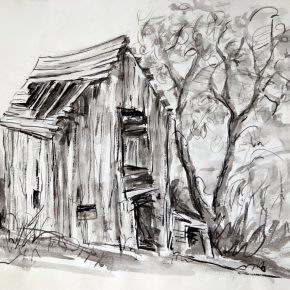 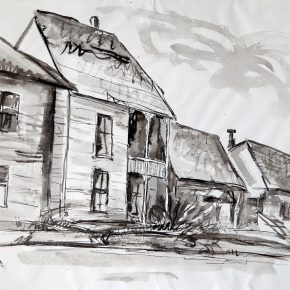 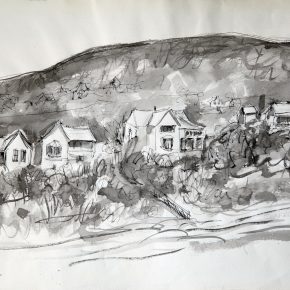 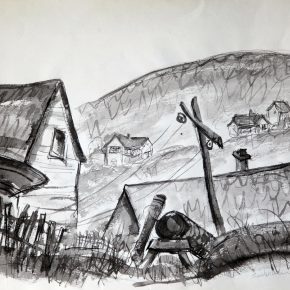 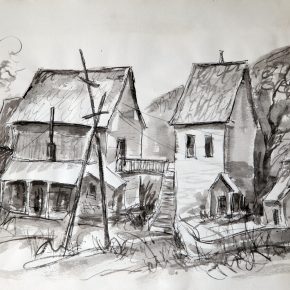 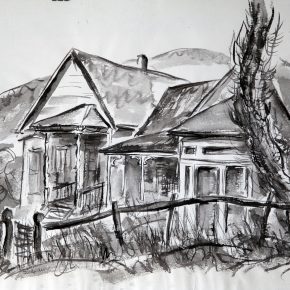 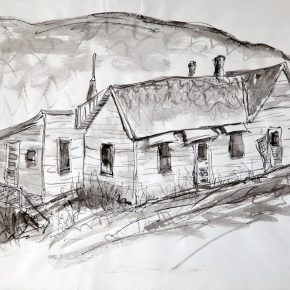 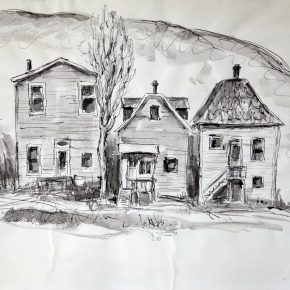 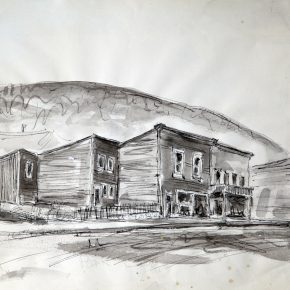 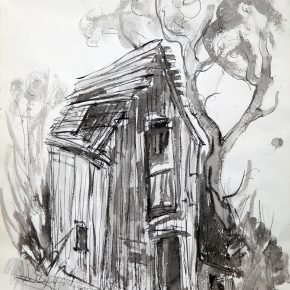 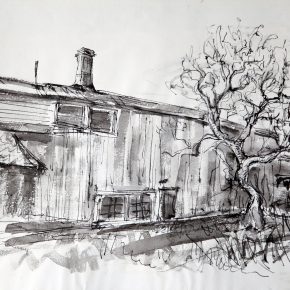 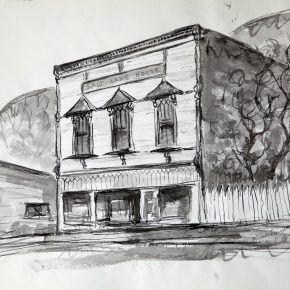 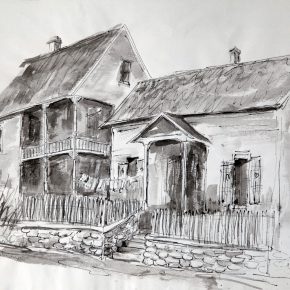 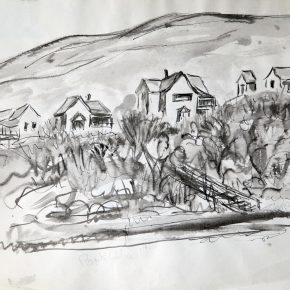 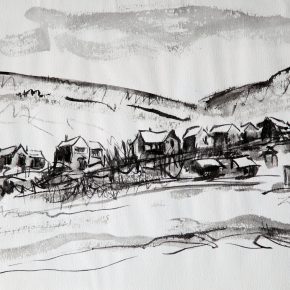 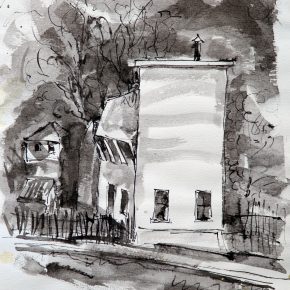 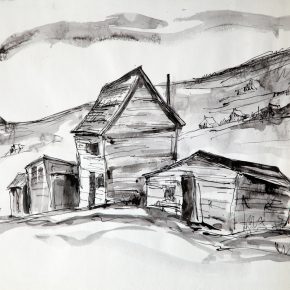 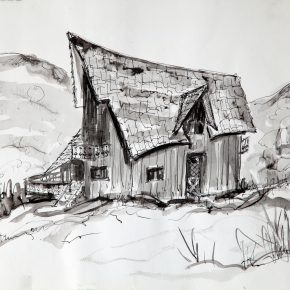 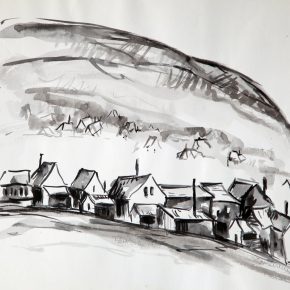 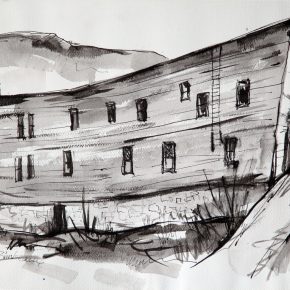 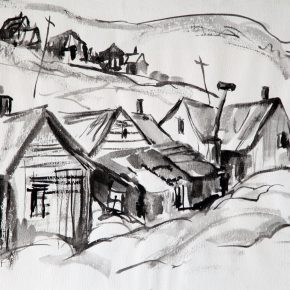 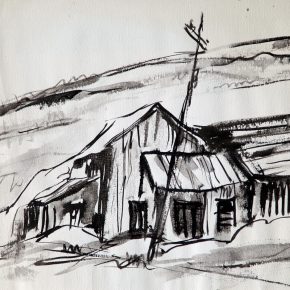 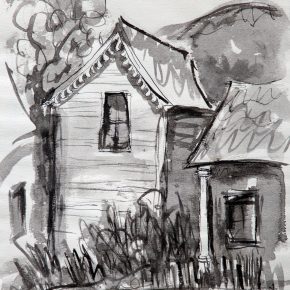 Park City has been transformed three times. First with mining. Then with skiing. And over the past two decades it has been transformed, at least one month out of the year, by Hollywood. So, as the glitterati take over this month during the Sundance Film Festival, we’re taking a look back at the way Park City used to be — at the dawn of the ski industry, when miners’ shacks still dotted the landscape. In the sixties it was a favorite destination for many local painters, including Francis Zimbeaux, who in the mid 1960s created dozens of large ink and wash drawings depicting the old buildings.