Frances Darger: A Life in Music 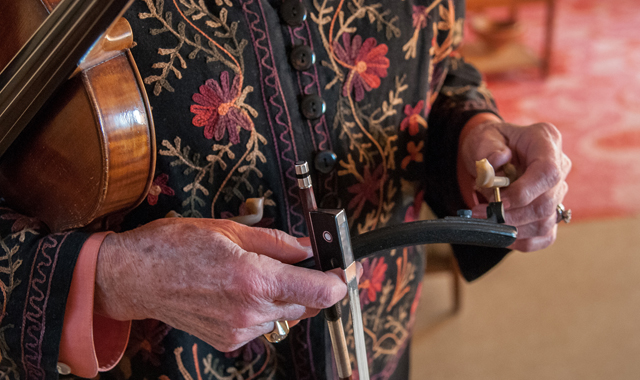 Norman Lebrecht (one of the most widely-read commentators on music, culture and cultural politics) posed a question on his blog concerning the longest serving orchestral player in the country. Someone recently sent him an email noting that the bassoonist from Lake Placid Sinfonietta had hung up his instrument after playing with them since 1947. He was sure no one had or has been playing that long with one orchestra. A stream of comments came in, with one from George Brown, Utah Symphony’s Principal Timpani, saying this:

“Our esteemed colleague, Francis Darger, has been playing violin here since 1942, so counting a brief one year hiatus early in her career, Francis has been performing with the Utah Symphony for 68 years.”

Read our profile of Darger in the March 2012 edition of 15 Bytes.