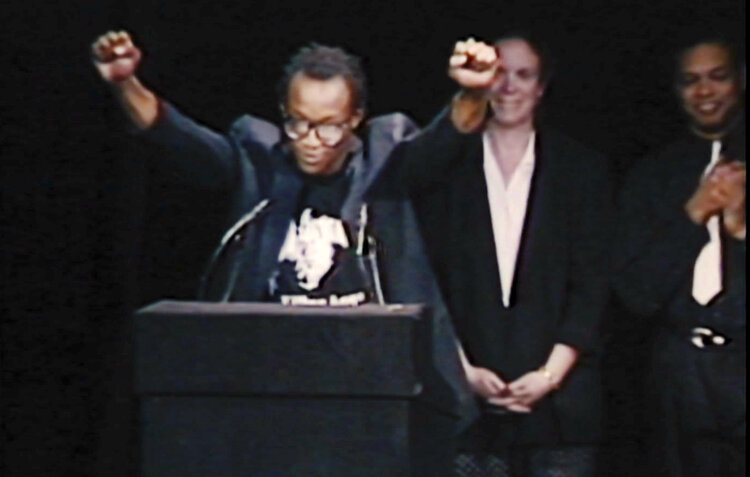 If you’re looking for an at-home dance experience this week, the Salt Lake Film Society is screening Can You Bring It, a new film about Bill T. Jones’ 1989 dance D-Man in the Waters.

The film tells two parallel stories. The first is the tale of Jones’ early career, his romantic and artistic partnership with Arnie Zane that birthed their company, and the making of D-Man in the Waters in the wake of Zane’s death from AIDS and the illness of company member Damian Acquavella (D-man himself), who died shortly after the dance was premiered. The second is the contemporary story of a restaging of D-man at Loyola Marymount College in Los Angelos by professor and former company dancer Rosalynde LeBlanc, who is also a co-director of the film. Both are stories worth telling and their juxtaposition brings up some interesting questions about dance’s relationship to time, generational identity, cultural memory and academia.

Even though I was already familiar with the chronology of Jones’ early career, it was still quite moving to hear from dancers, family, and Jones himself. Sean Curran and Jones’ sister Johari Briggs in particular stood out, narrating in surprising, moving detail the illness and deaths of Zane and Acquavella and how the company mourned and survived.

Equally surprising are the questions that emerge from the restaging. LeBlanc and her cast wrestle with what it means for a group of college students to recreate a dance that was made by artists at the height of their powers confronting so much day-to-day mortality in nation that seemed at turns indifferent and hostile to their survival. What does it mean to pass a dance like this from one generation to the next? Can academia contain the knowledge that the original cast embodied? What’s preserved and what’s lost, and, perhaps most importantly, why?

View the film at https://slfsathome.org/main/can-you-bring-it