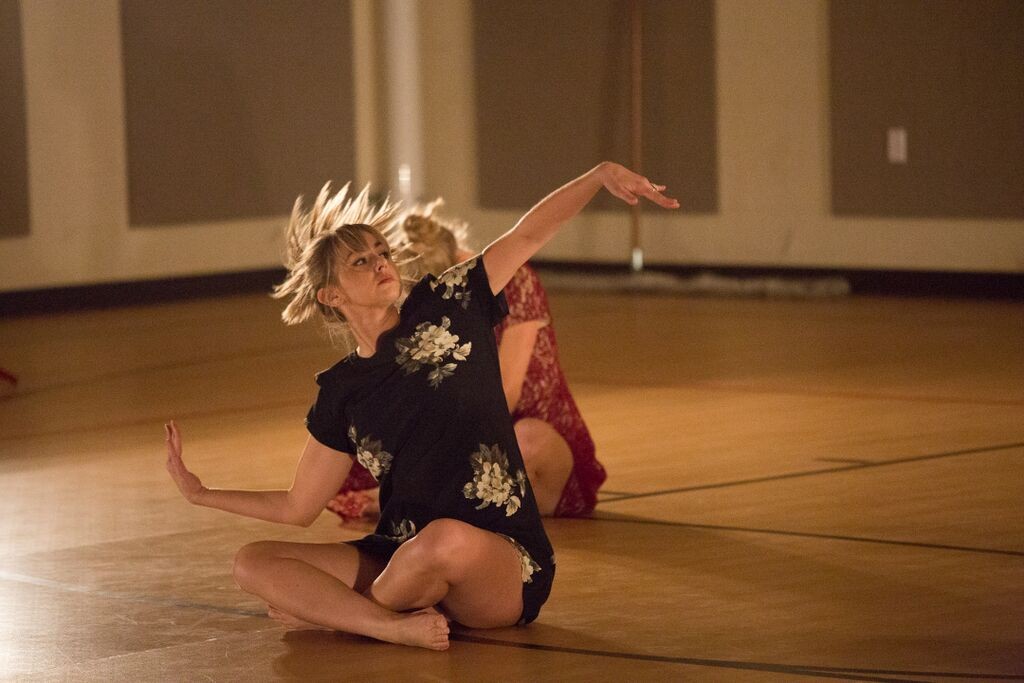 loveDANCEmore presents the last Fall Mudson this Tuesday, October 20th. The dance-in-progress series has spent the fall swapping spaces until they find a new, permanent venue after leaving the Masonic Temple due to raising rents. This particular iteration showcases five area choreographers in the Sugar Space Warehouse downtown.
Live music will be heavily featured as  Miriam Curtis presents a solo accompanied by percussionist Wachira Waigwa-Stone (see our profile of Waigwa-Stone here) while Erica Womack presents the first draft of a longterm collaboration with area band, The Weekenders. Womack’s work will ultimately be presented at the State Room, following in the footsteps of Salt Lake Municipal Ballet who brought dance to the space alongside Heber band Holy Water Buffalo (see here).
Also included in the group is Lehua Brown, a Provo based artist and former Ririe Woodbury dancer; Daniel Clifton, a visiting professor at the University of Utah Department of Modern Dance, and Ching I Chang, an MFA candidate whose recent work has investigated shifting boundaries of audience and performer.

15 Bytes partners with loveDANCEmore to provide dance coverage in our magazine.