Face Off at the Urban Gallery 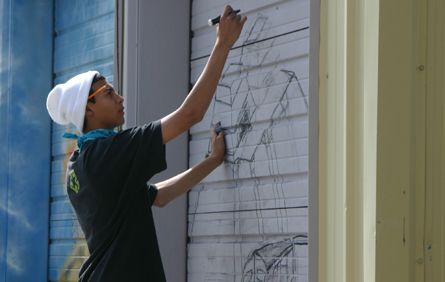 After weeks of rainy weather the clouds finally broke this weekend to pour sunshine down on the parking lot of Salt Lake’s Neighborhood House, where individual artists and teams of artists faced off in an 18-hour long competition to create original works of art on the facility’s nine garage doors. 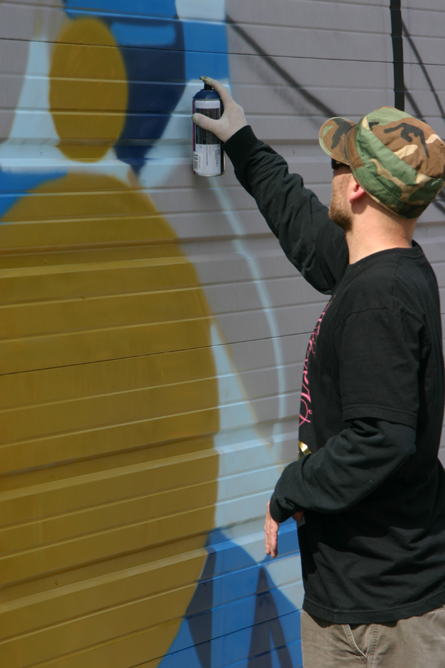 The latest of 337 Project’s art experiments, Face Off took the Project’s original idea to paint the doors at Neighborhood House (which they did in 2008, dubbing it the Urban Gallery) and turned it into a timed event in which the artist’s vied for $2000 in prize money. Over 800 people attended, watching the artists from the moment the first mark was scrawled across the gray doors on Friday afternoon, to the last frenzied sprays on Saturday evening. 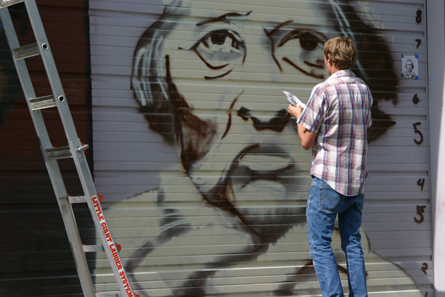 The Chuck Landvatter and Dave Doman team walked away with both the Audience Choice award and the Juror’s award. When the second award was announced Landvatter said he’d be using the money to take all the artists out for a party, a promise, he said, they should be sure to hold him to (something we hope to help them do by publishing this post).

A young assistant works on Ruby Chacon’s door.
Gailon Justus works on his door.
Chuck Landvatter working on his door on Friday afternoon.