Face of Sculpture Proves Its Worth at XVIII 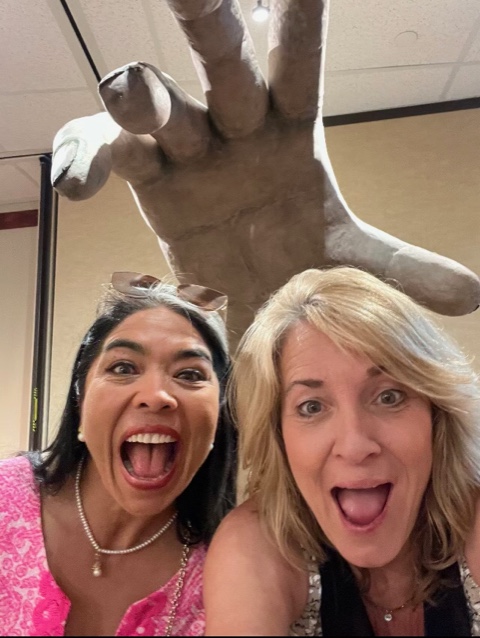 If the number of selfies taken beneath it at the opening is any measure, the most appreciated work in the 18th Face of Utah Sculpture survey must be Nic Corry’s “Reach,” a giant hand that projects from the wall as if it were somehow passing through it. Cracked fingernails and what might be moss growing in places on its back side suggest a long time spent underground, imprisoned, or at some unknown labor. The title agrees with the suggestion of desire, but for what? That the hand is big enough to grasp the person contemplating it, like King Kong seizing Ann Darrow, argues that the roles of viewer and viewed could invert at any time. Disorientating scale is followed by shock and a thrill, feelings rarely invoked in the safe and familiar confines of an art gallery.

Audience members aren’t the only people who enjoy meeting the artists at an opening; art making is a lonely occupation, and the artists look forward to meeting each other as well. Group shows and surveys designate a time for accepted work to be brought into the gallery, and that’s another popular, collegial event. Having all this shut down by the pandemic made it especially hard for the sculptors, who tend to be overlooked by surveys, and so last year’s return of The Face of Utah Sculpture, a tradition at the Utah Cultural Celebration Center, was a very welcome, if modest, event. This year it has rebounded, with more than three dozen works by 30 artists, some as familiar as the event’s founder, glass artist Dan Cummings, and some less well-known but welcome names among them. 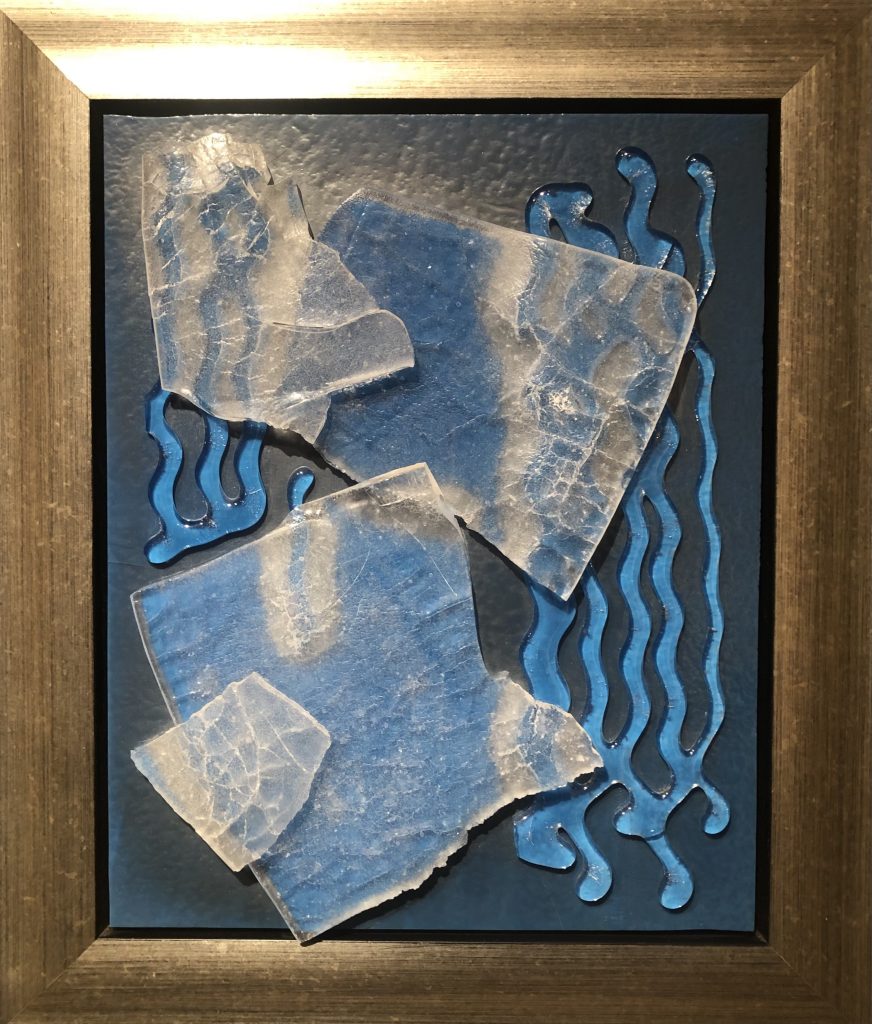 Perhaps because it’s so useful a material, glass is widely misunderstood as a medium, often mistaken for a form of painting when it’s more clearly to be celebrated as a special case of sculpture. Excellent examples include Suz Larson’s “Thaw,” one of her three works, which shows glass doing two things alien to its nature: running in rivulets down the wall and cracking like thawing sea ice. We may hope to see much more of MaiLyn Millward, who seemingly reinvents her art each time out, as her fused glass-filled, ceramic head, “Mislabeled as ‘Broken,’” and her alabaster arabesque, “One Missing Piece,” demonstrate. In “Mislabeled,” she not only riffs on the many ways a head can feel like exploding, but also on the word “bust.” Rod Millar’s eloquently straightforward “Time Sphere” and Andrew Kosorok’s complex “Jericho Rose” both convey how well glass can gather and hold light in three-dimensional space. 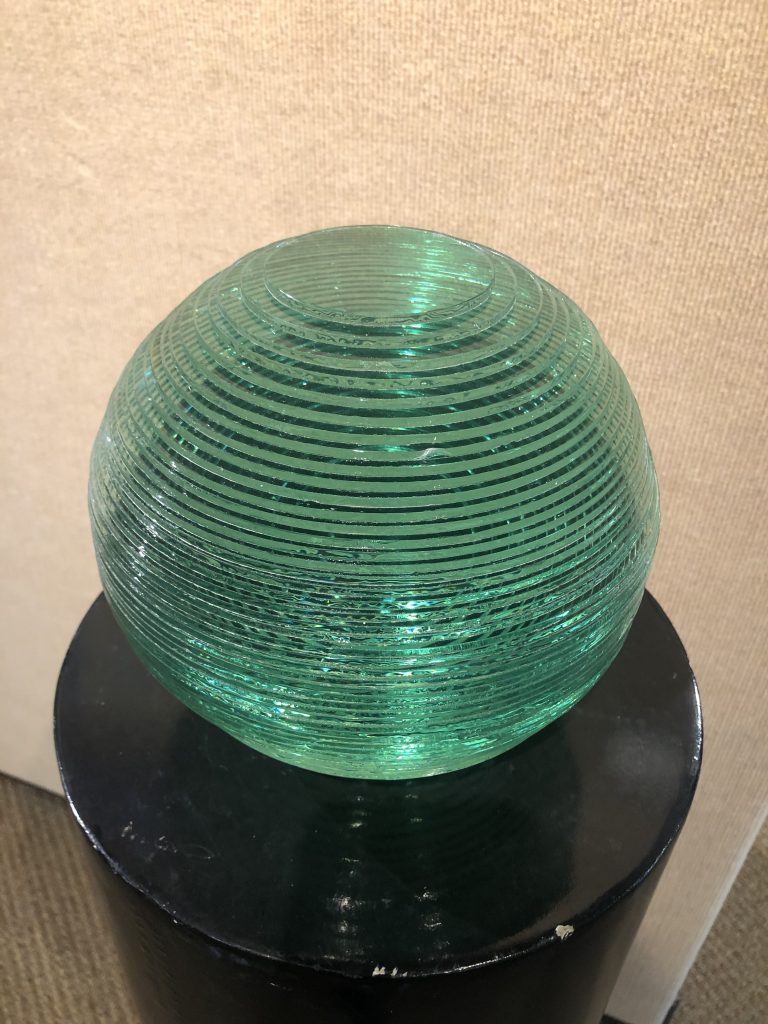 A number of these artists employ architecture in miniature, thereby taking advantage of the familiar meanings buildings carry to help convey their contents. In “Disconnect,” Jason Lanegan fabricates a one-room schoolhouse, and, in “Relics of a Dream IX: Puget Sound Beachcombing,” hints at a dreamy home. Each contains one of his signature reliquaries, by which he both memorializes and comments on his family’s life. “Disconnect” stands out from his usual warm sentiments for its satirical voice and the doubts it raises about digital media, education, and the role of digital media in education. In “Salt of the Earth,” Abe Kimball replaces the water in a familiar hexagonal baptismal font, supported on the backs of twelve oxen, with the title white crystals. Bells and birds occupy the upper stories, all of it suggesting a story yet to be told. Adam Larson, meanwhile, continues to celebrate his multigenerational family via his most fantastical vessel yet, which uses wrap-around motifs to locate its central role in their story and invite his audience to “gather round.” Don’t neglect to check out the drawers that reveal a workshop as foundation for this abode. 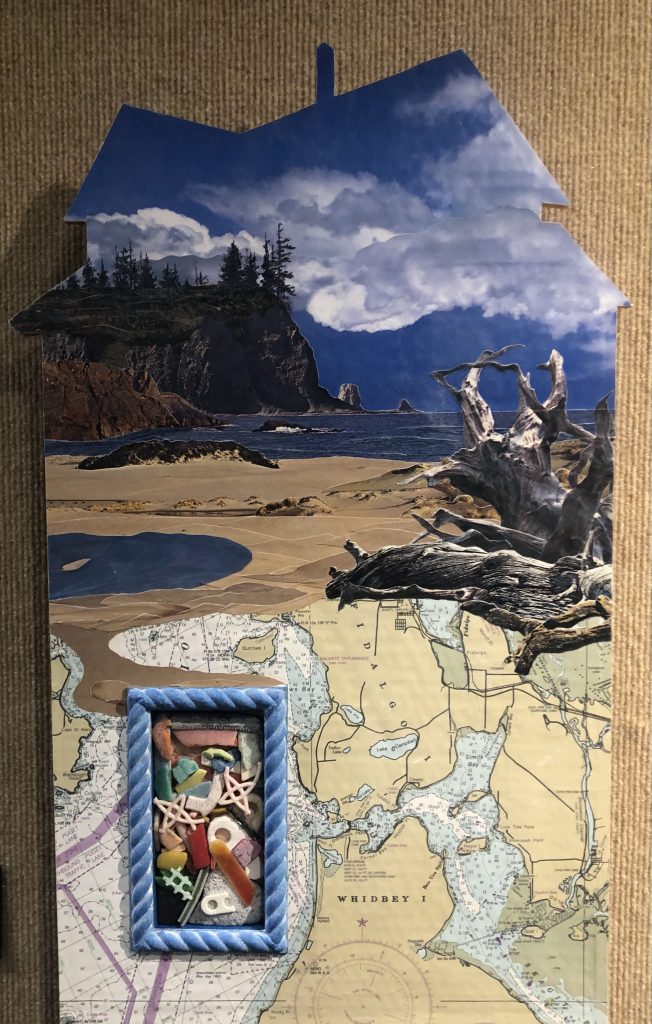 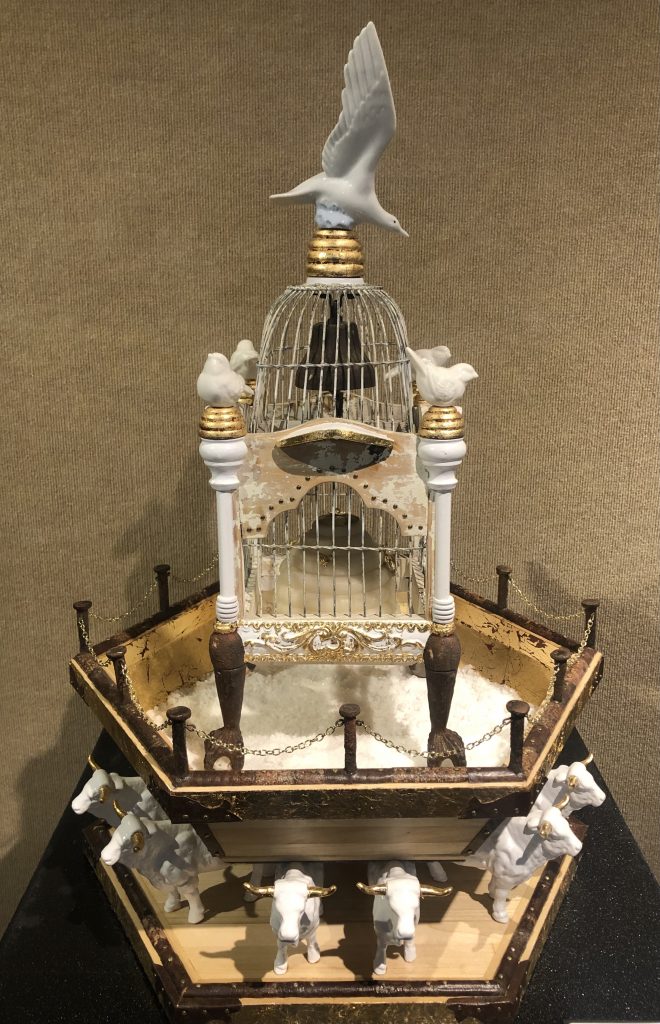 Abe Kimball, “Salt of the Earth”

It’s well worth noting that, while Utah sculpture may not be “avant-garde,” it’s influences are decidedly recent. Pilar Pobil’s moody dancer, “La Bailarina,” recalls early Picasso, and her card-playing “Gamblers,” Cézanne. Gary Anderson’s geometrics, “Lyric” and “Guardian,” elegantly muscular in their suits of rust, are scratch-built, one-of-a-kinds in the post-war style that put America on the world’s sculptural map. Nothing here is less than worthy, but a few urgent notes remain. Clint Call’s “Through the Years” is both a personal memoir and a profound feat of magic. Frank McEntire’s “Uninhabitable Garden” points up the fatal flaw in industrial farming—its ultimate reliance on skilled, brutally abused and usually migrant labor. And finally, Rocio Vasquez Cisneros, whose stuffed fabric “Made by Mom” introduces an emotional as well as a physical alternative to the rigid materialism that surrounds us all. Words can add little to their visual presence. 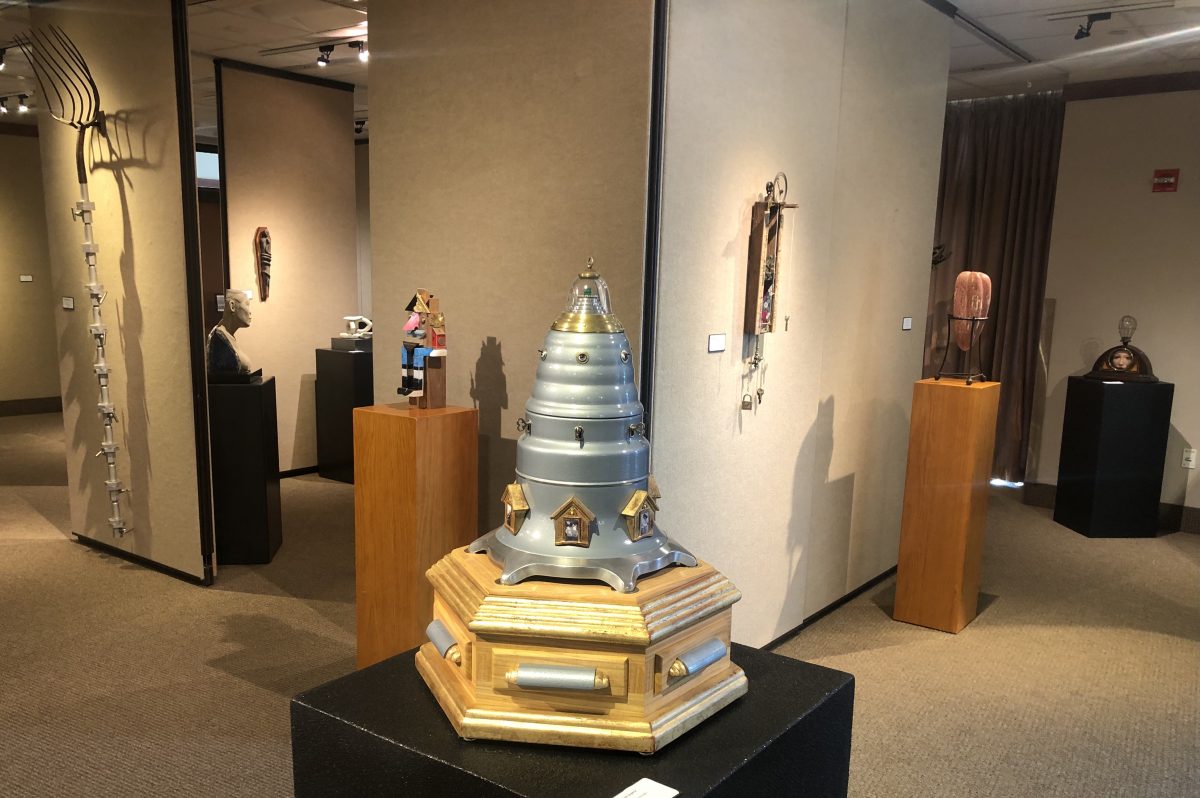