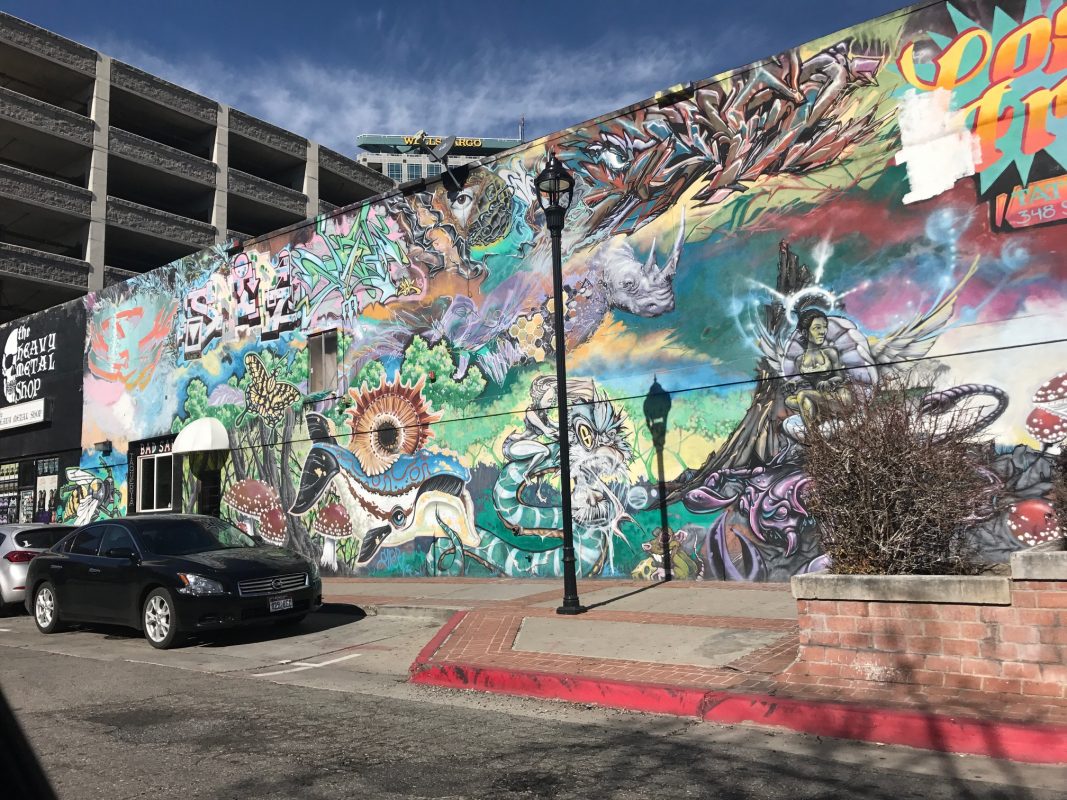 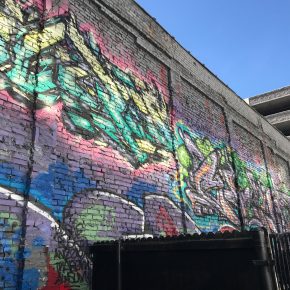 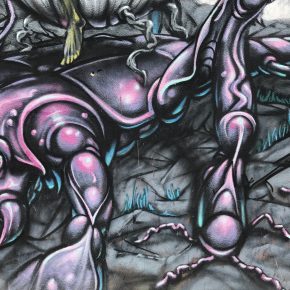 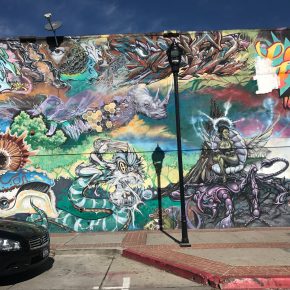 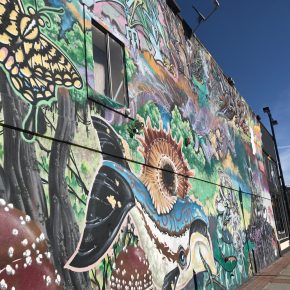 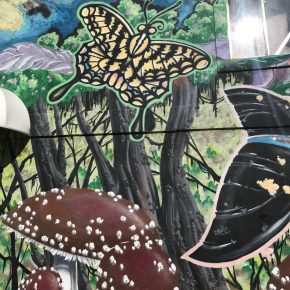 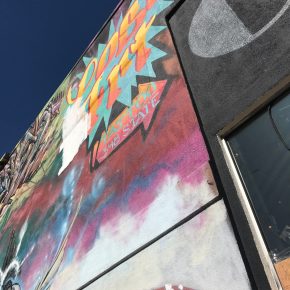 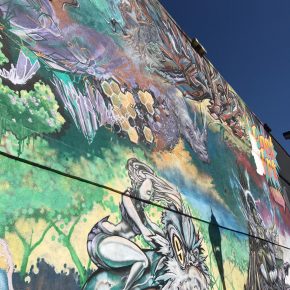 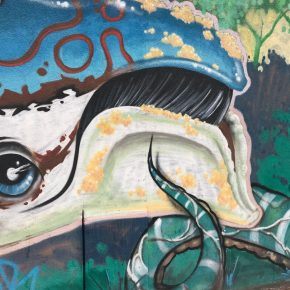 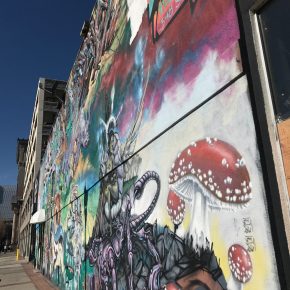 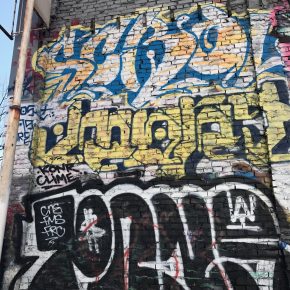 A series of buildings on the northeast corner of Exchange Place and State Street, including the home of The Heavy Metal Shop, has served as one of the city’s biggest street murals for over a decade. The mural has more or less been in the state shown above since 2016. A previous iteration, from March 2012, appears below. 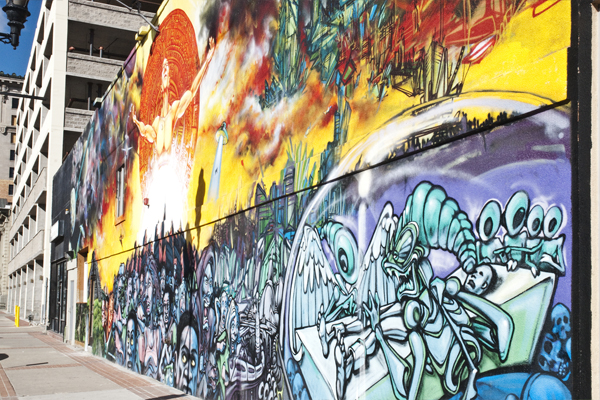 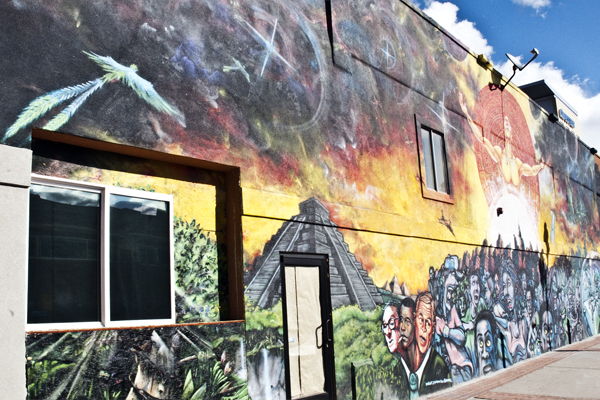