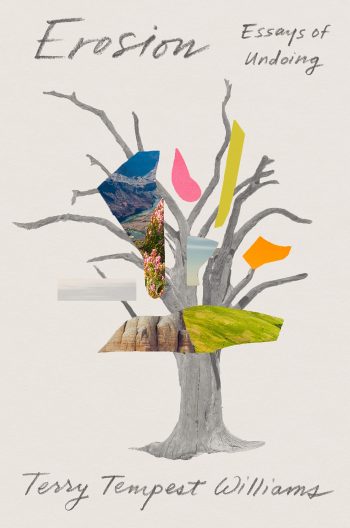 In Terry Tempest Williams’ astonishing and lyrical When Women Were Birds (2012), the first several pages after the introduction are blank to enact for the reader the three shelves of blank journals Williams’s Mormon mother bequeathed to her — an empty journal for every year she was expected by tradition to keep, then didn’t. This formal move reflects a central aspect of Williams’s writing: a reverence for space both on the page and in the Utah landscape from which she comes.

Erosion: Essays of Undoing is Williams’ newest collection, published in October of 2019. These essays — some resembling more letters or lists or poems than traditional nonfiction — not only embody and revere space, but engage directly in the political turmoil of our day. For Williams, space is not just imperative to wilderness, but to our flourishing as humans on a planet imperiled by our greed and denial. Space is patience amid anguish. Space can also be a meeting place. In a letter to her father, Williams mulls over Simone Weil’s writings from the late 1930s and early 1940s to assist in comprehending the universality of space:

“Humility is attentive patience,” Simone Weil writes. We are living in times that have no precedent, and in our present situation universality, which could formerly be implicit, has to be fully explicit. It has to permeate our language and the whole of our way of life.”

How to love this world? And share it? We must make time, take the time to allow for natural diversions in our day. We have made a cult of busyness and in so doing we have forgotten the simple truth of paying attention to the view before us, between us, in a word, a cultivation of intimacy. “The love of the order and beauty of the world is thus the complement of the love of our neighbor,” Simone Weil says. In nature, our intimacy with the land becomes our intimacy with each other. An elemental impulse rises to say, “Isn’t this beautiful?”

This elemental impulse is to share our spaces, to build intimacy. The only way forward, Williams determines, is to admit that wholeness will be our healing. The essay calls to mind a quote from the ancient Persian poet Rumi (translated by Coleman Barks): “Out beyond ideas of wrongdoing and rightdoing, / there is a field. I’ll meet you there.” Rumi’s field is a manifestation of Williams’s space — a meeting place, where to go beyond ourselves requires a radical openness. Thus space is a place where we may belong. Williams belongs in the desert, and she writes of aching for her home in Castle Valley from her far-off residency at Harvard Divinity School. In a way that is foreign to the forests and cities of New England, for Williams, space is of the desert, “where wind carves rock into canyons of light.” None of these expressions of space preclude the work in which Williams calls us to engage in order to cultivate openness.

In “Paper, Rock, Scissors,” an essay on the Wilderness Act of 1964 cowritten with her husband, Brooke Williams, the writers investigate space as a key component of wilderness, which they describe as “a place, a state of being where open spaces open minds. In the stillness of a red rock canyon, we hear what has been lost to us — windsong, birdsong, the hymns of rivers resounding.” Spaces work to open our minds because they first open up our vision; they access us through the body, which is intimacy’s approach.

True to genuine intimacy, Terry Tempest Williams does not limit the range of her thinking in Erosion to spiritual contemplations of natural beauty. Her collection covers a great many spaces, from working through anguish at our country’s political debacles to a personal family crisis to grief to art activism for our public lands to revelation. And, true to the title, these are all unified under the quintessential force of the desert, Erosion — or, as Williams says in the preface, “the erosion of land; the erosion of home; the erosion of self; the erosion of the body and the body politic.” Erosion is a state of change. What are we at our most essential, Williams asks, and could this erosion ultimately prove our fundamental interconnectedness, if even it’s to devastating effect?

Immediately following the preface, two detailed maps show the original boundaries of Grand Staircase-Escalante and Bears Ears National Monuments, and overlaid on them are the new, shrunken boundaries established by President Trump in 2017. The maps, in keeping with Williams’s theme, are titled “Eroding Public Lands.” Here, the expanse of wilderness is inhibited by corporate, political, and patriarchal greed. Trump and his Bureau of Land Management are acting to protect something as well. What are they afraid of losing? “Our undoing is also our becoming” Williams says, and later, “We are eroding and evolving, at once, like the red rock landscape before me.” Williams’s writing can be thought of as a documentation of erosion’s effects, every word sloughed off from the mind and the Navajo sandstone at once.

In an earlier piece, “Ode to Sanity,” Williams breaks into poetry, embracing the expanse she celebrates with less text and more space on the page. The ode, in a dozen numbered sections, is set in Desolation Canyon, a wilderness area on the Green River. In the eleventh, she writes:

Velocity is a band of pronghorn.
They stop, turn, and stare.

Their world is witness.
Vision as prey is prayer enough.

What could we gain, the poem asks, by looking out into our world as prey instead of conqueror? By paying attention to the perspectives of others? By laboring to see across the divides of species and hierarchy?

Our beliefs in these systems we’ve built — systems of economic and political power, of prejudice and injustice, of cultural value—will not be able to withstand the force of erosion. “If we are to flourish as a species,” Williams argues, “an erosion of belief will be necessary, that says we are not the center of the universe but a dynamic part of an expanding and contracting future that celebrates and collaborates with uncertainty.” This conclusion leads Williams to a frank and vulnerable discussion of her own spiritual beliefs, about the God of her LDS upbringing, of religion as institution, of “the dignity of each living thing.” Such vulnerability builds intimacy. In writing her doubts and crises, Williams’s essay collection becomes a meeting space. Her control over the language erodes into an invitation or, perhaps, the point at which the invitation is accepted. Wholeness is the liminality between writer and reader, evinced on every page. And, like much of Williams’s writing, Erosion asks for everything from its readers. The flip side of such openness is that every part of every reader is needed in order to do the work of becoming, and flourishing. Fierce in its inclusivity, Erosion leaves no stone unturned. 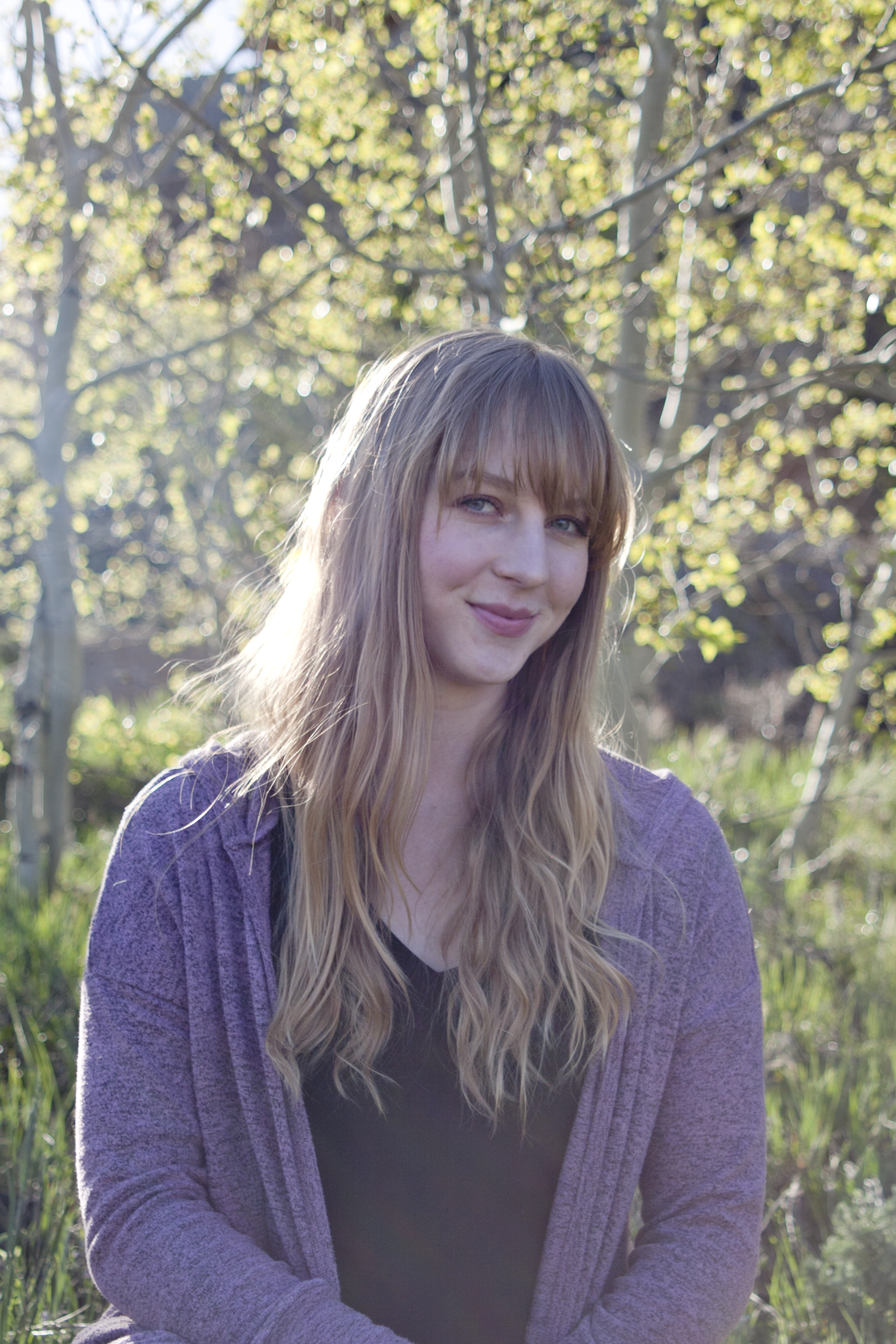