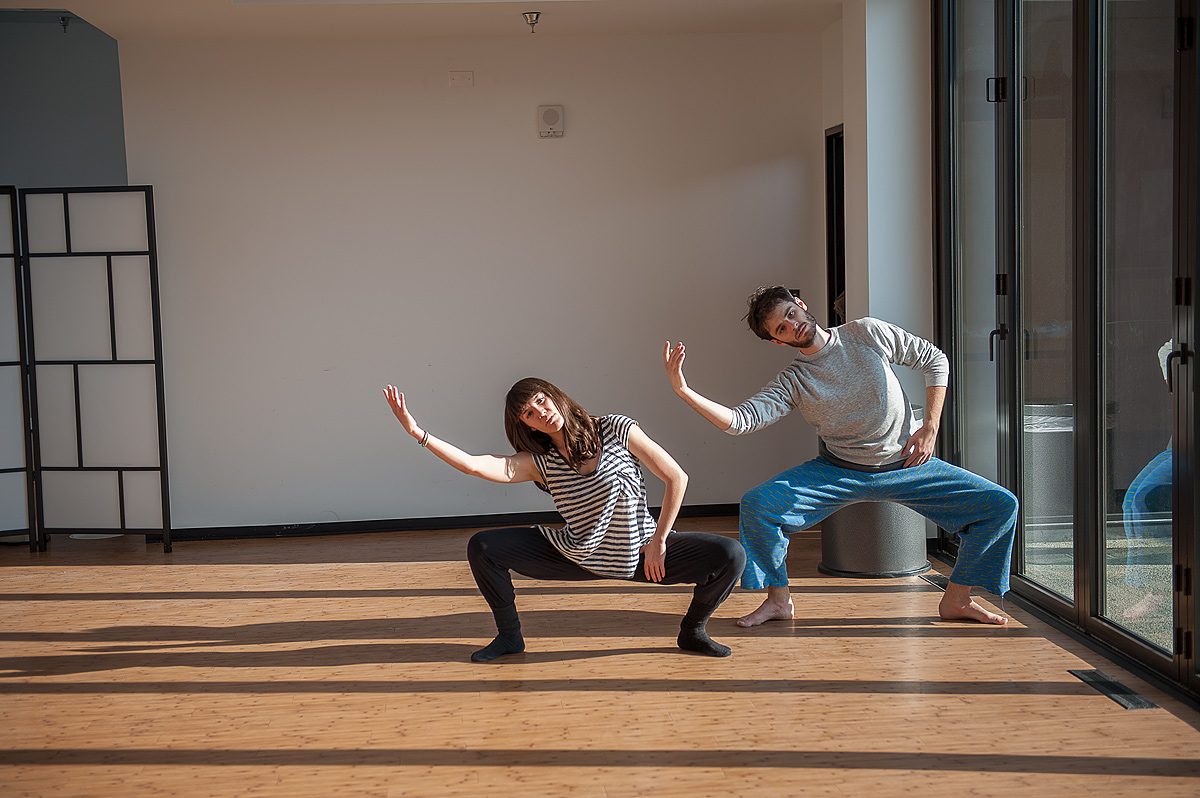 Independent choreographers Kitty Sailer and Sam Hanson will present Dog & Pony, a program of experimental dance on Friday, Jan. 11 and Saturday Jan. 12 at the Rose Wagner’s Studio Theatre. The program will feature “Dog & Pony”, a new duet by Sailer and Hanson. The pair have been working intensively on the piece since July and describe it as “turning the creative process inside out, exposing the painful and hilarious encounters collaborators usually seek to bury.” Previous iterations of the work in progress have been presented at loveDANCEmore’s Mudson, at DUNCE School for the Arts, and at Headwaters Dance Company’s Underground Performance series in Missoula, MT.

The program also includes Sailer’s “Honey Cake Pony” (a German idiom which roughly translates to “feeling good” according to Hanson) which was previously featured last year in “Daughters of Mudson,” as well as a reworking of Hanson’s 2009 duet “No, I don’t regret anything at all…”

Hanson holds a degree in Performance and Media from the University of Utah, and has been dancing and choreographing since childhood. He credits both his high school dance teacher, Hilary Carrier, and his experience at American Dance Festival in Durham, NC as inspirations for his becoming a dancer. 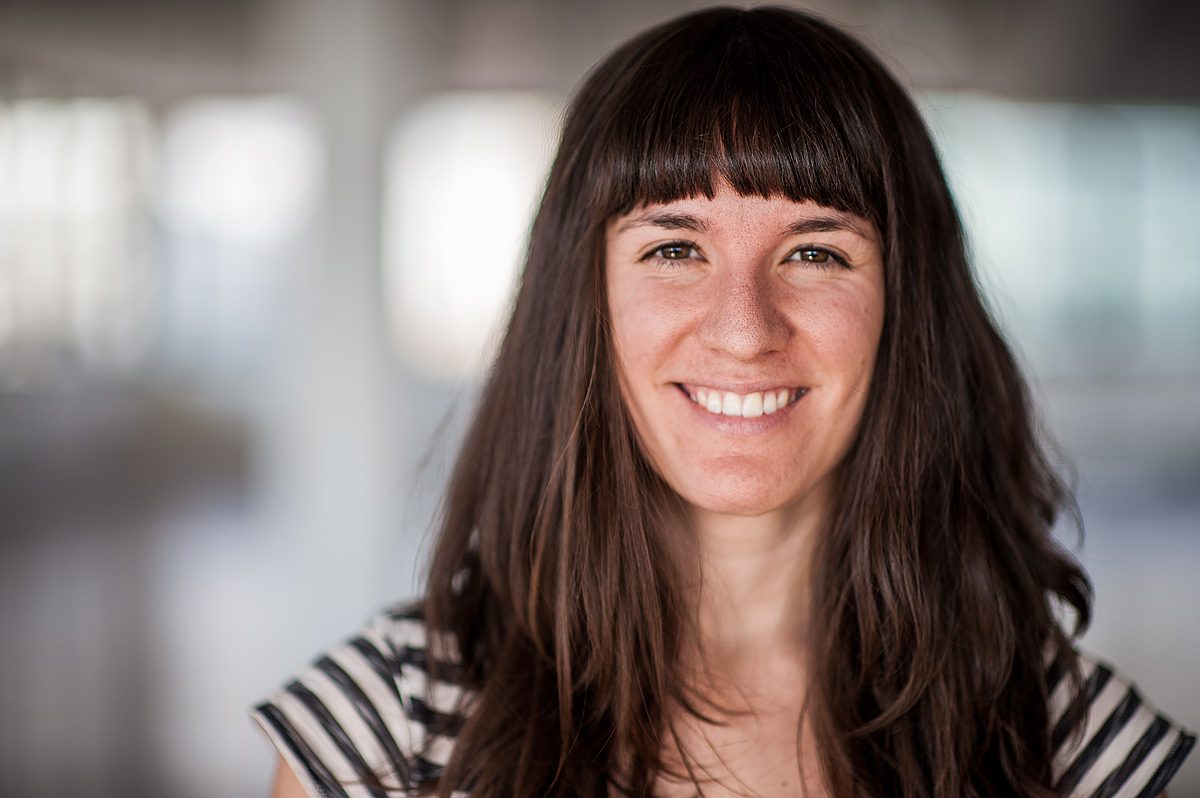 Sailer was recently awarded an MFA in Modern Dance from the University of Utah, and is a Certified Laban Batenieff Movement Analyst. She has danced with Headwaters Dance Company and has been featured dancer in the works of several internationally renowned choreographers including Lar Lubovitch and John Jasperse, has performed the works of many other notables in repertory, and her own choreography has been performed throughout the US. She will be leaving later this month to teach dance and improvisation in Iceland.

Despite an apparent difference in experience, the two chose to work together and see their different styles as both complementary and challenging to each other. Sam sees Kitty as “insanely talented,” creating dances [that] are both “strikingly intelligent” as well as “incredibly playful and real.” Kitty sees Sam as a “supportive collaborator” who is also “incredibly strong-willed and opinionated,” and appreciates having her ideas challenged and being pushed out of her comfort zone by the collaborative process. She also sees Sam as more structurally and formally trained, perfectionistic, and focused on technique than she is, which forces them to do the best work they can do, while she sees herself more as the chaotic force in the creation. Sam, who has the more intellectual approach to dance, is often more interested in “what the dance is,” while Kitty is more interested in allowing it to develop without knowing. 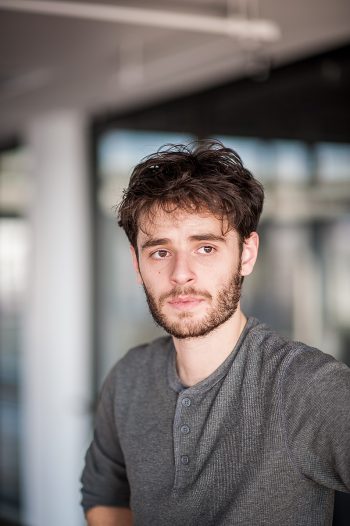 Both dancers say their inspiration for “Dog & Pony” was “each other,” focusing on what they wanted, and at least as important on what they didn’t want, out of this dance. “To a certain extent, it’s the dance of ‘no, not that, something else…'” In addition, they wanted to make something unlike anything they had made before. They’re also interested in incorporating the concept of coexistence, of both dancers being who they are in the same space and time without the necessity of a relationship, somewhat analogous to what Merce Cunningham and John Cage did with music and dance existing independently.

Kitty says she is “always trying to communicate the most honest, confusing, shameful, wonderful things about myself while I am performing…” and Sam adds that they both have a strong interest in “going into the pain,” whether by “humiliating” the dancers or by “torturing” the audience with periods where not much is happening. Sam describes the duet as being more about “the improvisation of life, how you have to make sense out of the past while constantly moving through time and space.”

Kitty explains that while the dance is not narrative in a linear sense, it is about her and Sam, their process, their struggles. And on a deeper level the dance is a “smokescreen around a metaphor,” which will resonate with different audience members differently, peeling back layers to find what is “elementally human.”

“Dog & Pony” (although I haven’t seen the performance yet) clearly falls into the realm of “experimental” or “avant-garde” art, and has some commonality with performance art as well. Both choreographers, although obviously grateful for the support they have received from a variety of sources, appreciate the freedom of being able to “consider the art first, and fiscal viability later,” an opportunity not always available to larger companies. They’re also grateful to be performing in The Studio Theatre, which allows for a high level of intimacy.

Both Hanson and Sailer are concerned about the lack of opportunities for young and emerging dancers and choreographers in Utah and are hopeful that their work, along with the work of Salt Lake City’s larger dance companies, loveDANCEmore, Mudson, RawMoves, Sugar Space and others will create a “critical mass at which our bodies of work can lend each other a meaningful context” as well as a critical mass for a wider appreciation of dance as an art form in Utah.

Sam is optimistic about building bridges to other art forms and art audiences in Utah as well as opportunities for collaboration with artists in other media. Kitty is more concerned with the difficulty of moving people out of their habits and getting them to commit to experiencing something new and unfamiliar. Both are interested in creating a forum for people to experience dance in a lower-risk setting, as well as involving the audience in the work and encouraging an ongoing dialog.

If you’re interested in experimental art of any kind, interested in one possible future for contemporary dance, or simply want to see something new and different, you are invited to attend Dog & Pony. This may also be your last chance to see Kitty Sailer dance in Utah – at least for some time. 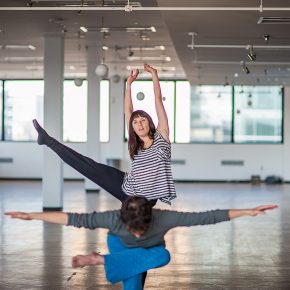 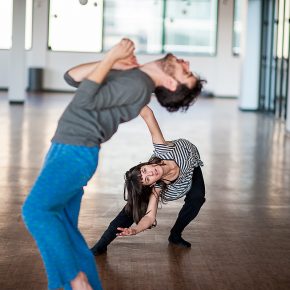 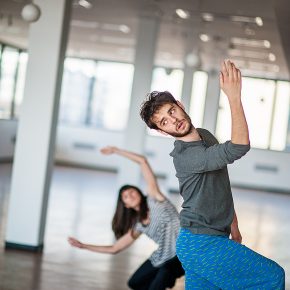 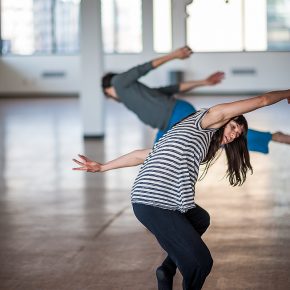 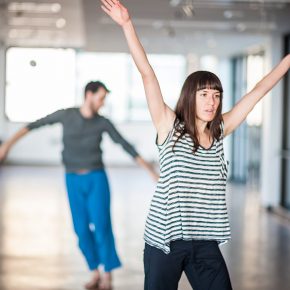 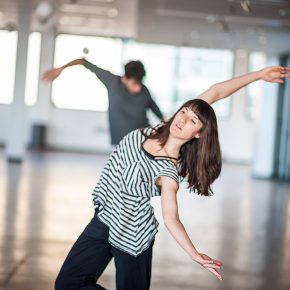 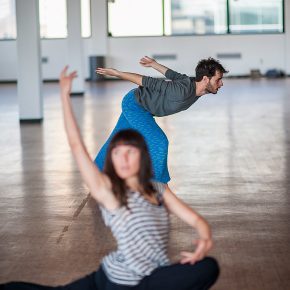 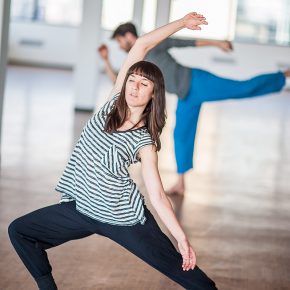 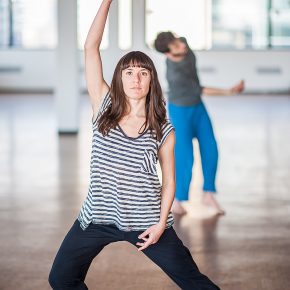 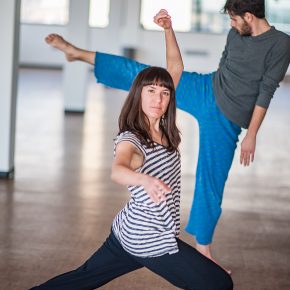 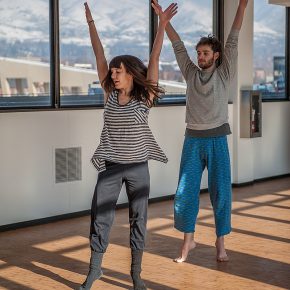 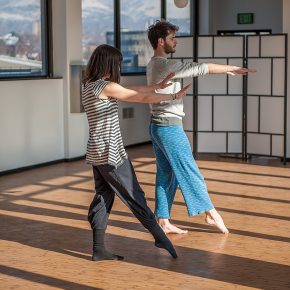 Dog and Pony is at the Rose Wagner’s Studio Theatre, Friday, January 11 and Saturday January 12 at 8 pm. $10 for adults, $8 for students and seniors. Please be aware this performance contains adult subject matter.

Tagged as: by Will Thompson