(This piece was originally published on Hal Cannon’s site Loose Cannon Boost. A companion piece exploring the nature of photography was published at 15 Bytes in May.) 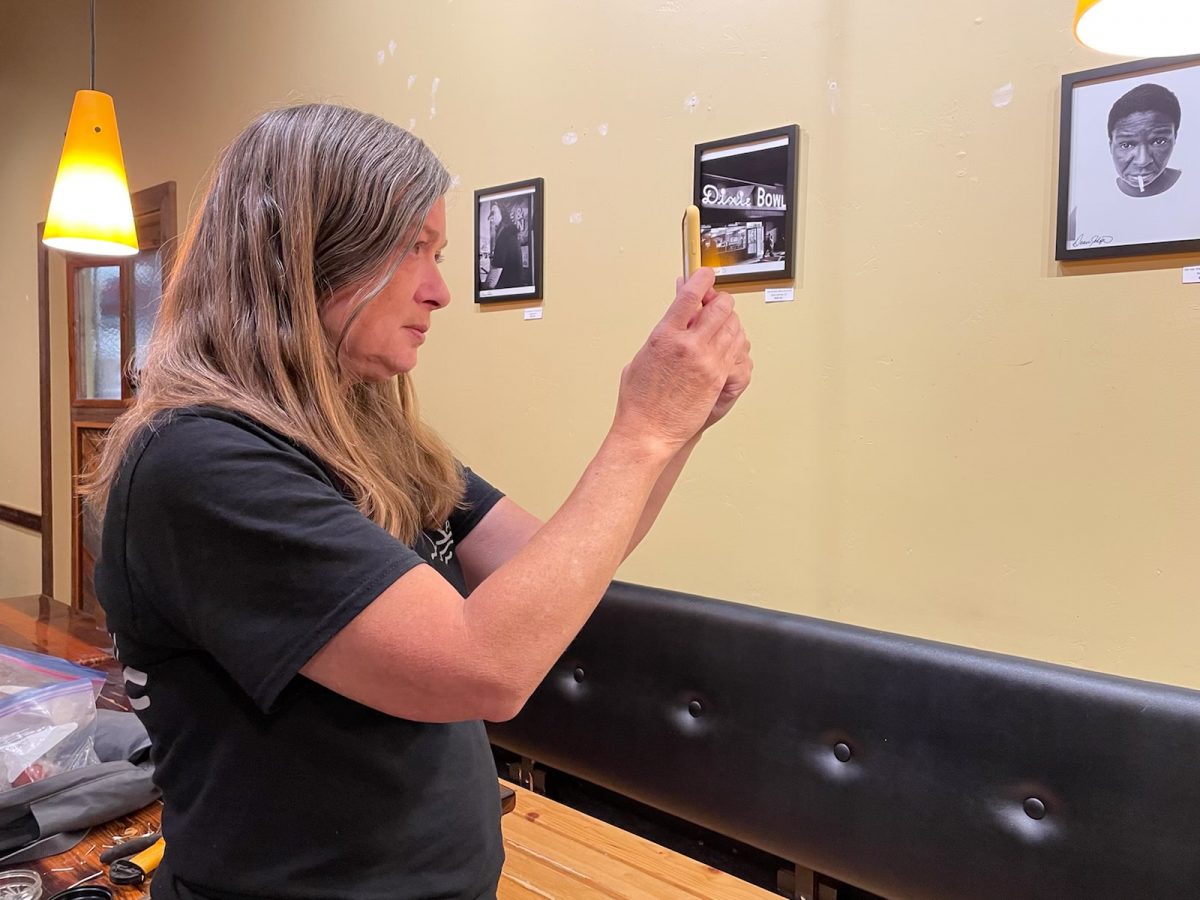 We met along with my bandmates from 3hattrio, Greg Istock and Eli Wrankle, not knowing right away she was the daughter of the film’s director, Phil Tuckett. His vision was to take the video from all the historical reenactments we were shooting and transform them, post-production, to look like a video version of historic photography. Devanie’s instant photos would help envision that style. I will admit that in the beginning, surrounded by all the film professionals with their high-powered cameras, long lenses, and stout tripods, I questioned what a smartphone could capture that the fancy gear could not. That changed after the first scene when Devanie showed us a few of her photos. 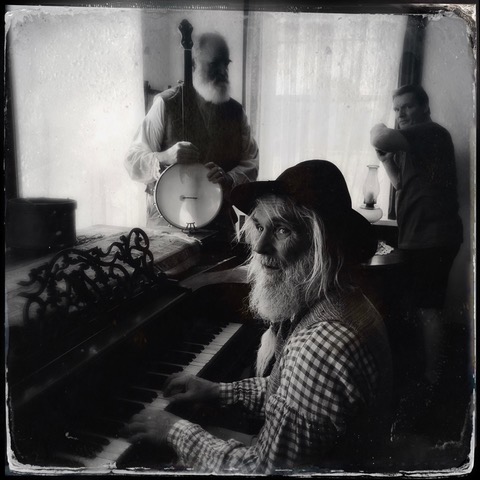 3hattrio appeared in several scenes and provided a narrative voice for the film, acting as a sort of Greek chorus. I don’t know of another documentary that has used music in quite this way, especially with the musicians as part of the cast. Hats off to director Phil Tuckett, who came up with the idea and pulled it off beautifully. It was a fascinating challenge to write songs that would unfold the story on screen.

After we had been fitted for costumes that captured our roles as 1840’s Mississippi River ruffians, 3hattrio was called to a historic home to shoot our first scene. For a variety of reasons, films are often shot out of sequence, and this was to be the last scene in the film. The song “An Unknown Grave” shaped the scene. It was written by Joseph Smith’s youngest son, David Hyrum Smith. David never met his father, who was murdered just before his birth. The song contains the full weight of a son’s grief. The crew told me afterwards that it was difficult to shoot the scene because they were all in tears.

I give this background only to make an observation that there is something hidden in a powerful song or photograph or other work of art that resonates with something deep and mysterious, truths that are not readily apparent. When I saw those first photographs of Devanie’s, I sensed that she had a deeper vision and saw things I only dimly understood. My musical partner, Greg Istock, a visual artist as well as a musician, saw that depth as well. I remember we exchanged a knowing glance as Devanie held up her phone and scrolled through the shots.

That was our introduction to Devanie Johnson. She was polite and almost formal. From that moment on we took her seriously as an artist. We also ended up befriending Devanie’s son, Trey, who was also on the crew. He kept all the digital video files catalogued and accessible. He often worked through the night, ordering that day’s video and audio.  We found ourselves hanging out with him and Devanie during the long waits which are a hallmark of any film production.

As we got to know Devanie, she loosened up and began to trust our little gang of three hats. She was still guarded and I learned that was for good reason. On the last day of shooting, I sat next to her at the picnic lunch and she confided that she suffered from mental illness. Since that time, she has decided to share that information with the world. No one could articulate it better than she. 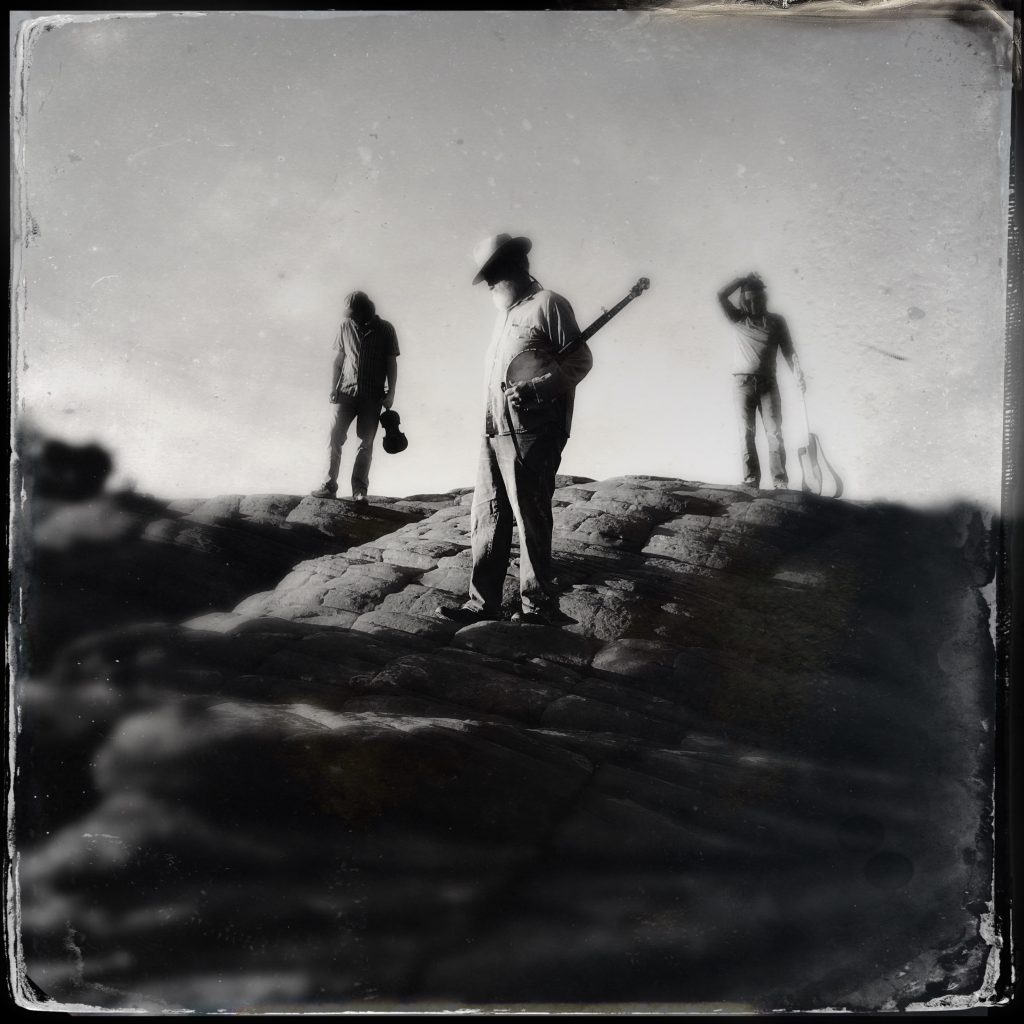 I have spent half my life with severe Schizophrenia. I grew up on the East Coast and have an Associates Degree from the Art Institute of Philadelphia in Visual Communications. My career as a Graphic Designer has ended due to my psychotic breaks that render me unable to cope in general. The main reason I take photos is to ground myself. Schizophrenia makes it difficult for me to figure out whether or not things are really happening.

The photos I take keep me in the present and have become an excellent coping skill to help me sort things out. I look at them to help me remember that I was actually there and those events took place. Otherwise I get to a point where I’m not sure if things are really occurring or if I’m in a dream state. I love taking photos of people and catching a slice of life that is foreign to me and intriguing. This is the first time of sharing my work and I hope you enjoy it. 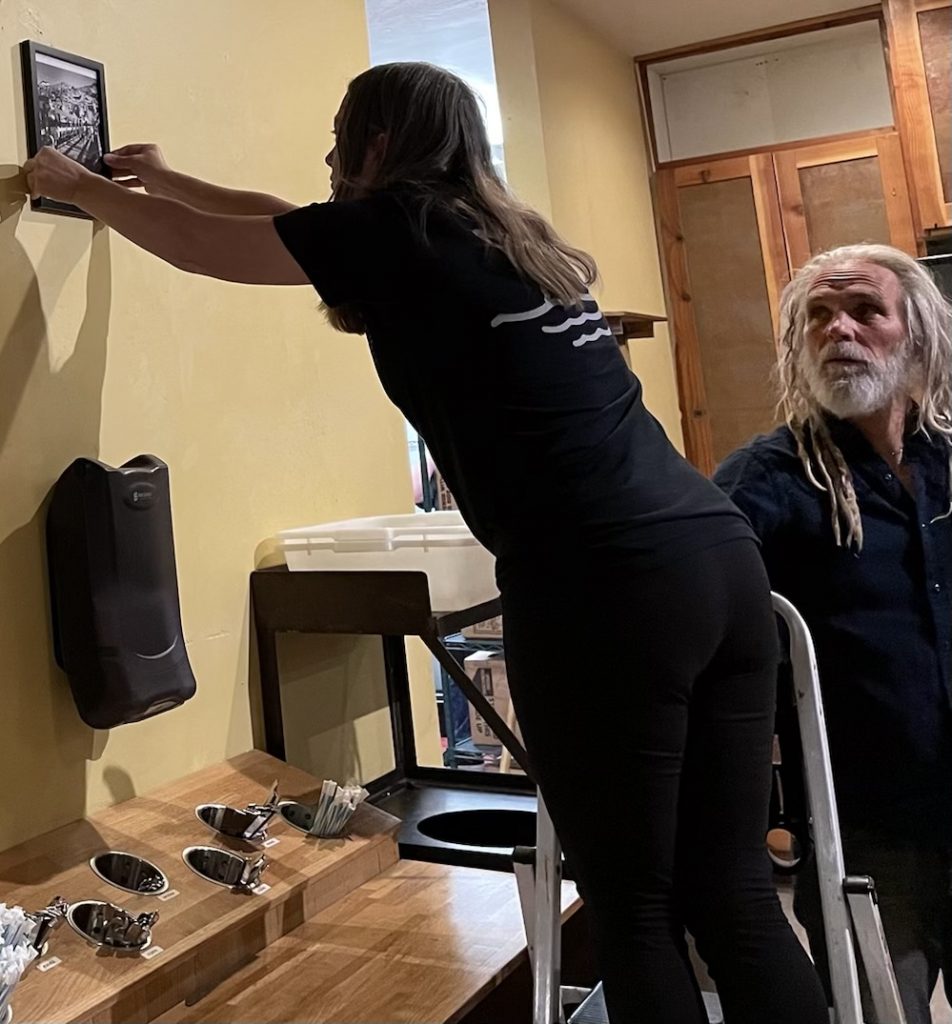 The historic scenes dramatizing the rise and fall of Joseph Smith and Nauvoo, Illinois were shot in two long weeks. We were there for a  single intense week then went back to our lives in the Utah desert. 3hattrio needed new publicity photos and Greg had the idea of calling Devanie to see if we could hire her for the job. We liked the way her Hipstamatic app played with focus, so we asked for that look. The shoot took place at Snow Canyon State Park, northwest of St. George on an early Saturday morning on the red rock cliffs in the park. After scampering around we all went for breakfast with Devanie’s folks, Phil and Judy.

As I remember, it was at that breakfast that Greg learned more about Devanie’s photography. She told him she had been taking photographs for a long time and that the practice had accompanied her through some pretty rough times: incarceration,  homelessness, and psychotic breaks.

At this time in her life things were fairly stable. She had her own apartment and was working at an impressive local organization called Switchpoint that works with the homeless population in southern Utah.

When Greg asked to see some of her photographs, she pulled up a few images on her phone and we got a look. Greg suggested that Devanie put a selection of her work together to be considered for a show at River Rock Roasting Company, our beloved local institution where Greg curates the monthly art shows. When the owners of River Rock, Jim Sorria and Naomi Wright, saw the work, they were as enthused as Greg about an exhibit. On June 1, a series of framed photographs were hung on the walls of River Rock in LaVerkin, Utah and they will remain there for the month of June. If you are in the area, drop by.

This is Devanie’s first photo exhibit, and she is nervous. We love her work and appreciate how brave she is to share not only the images, but also her journey with photography. To follow is a sampling. 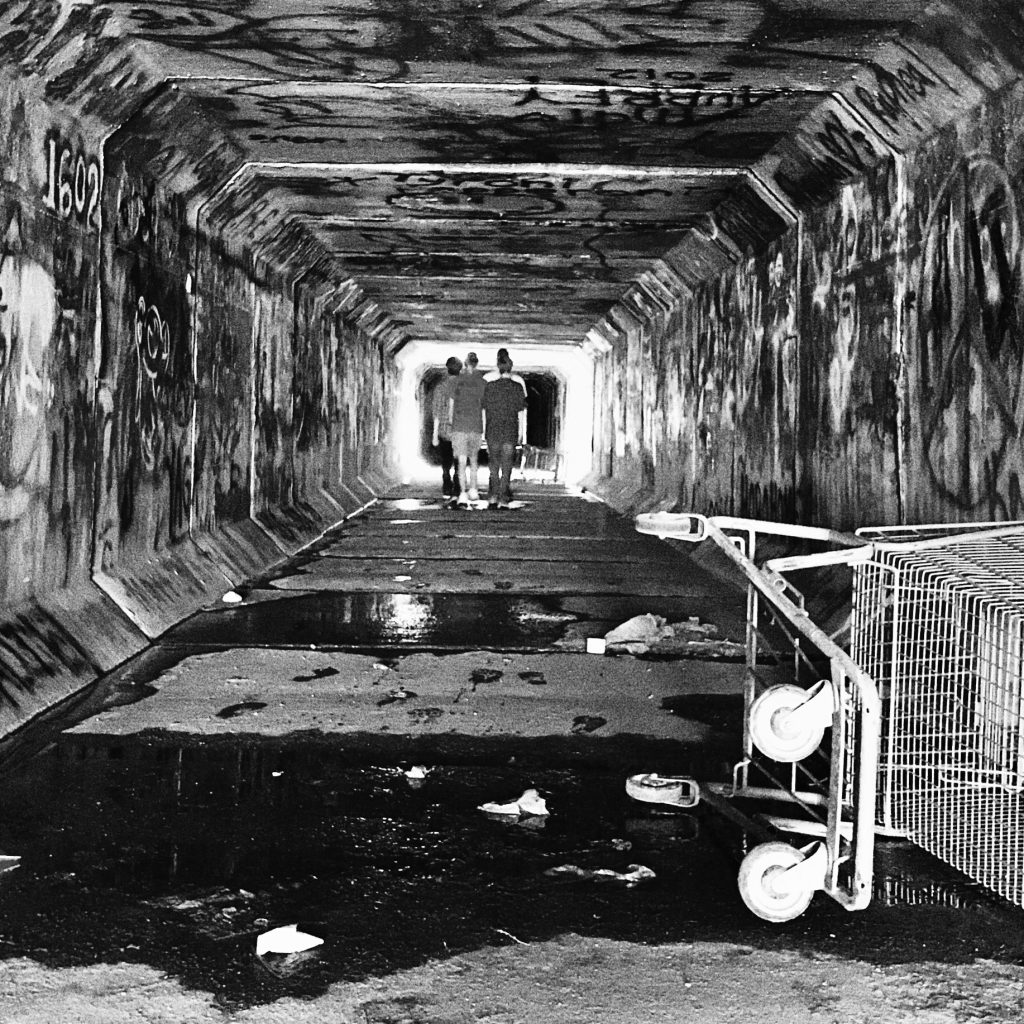 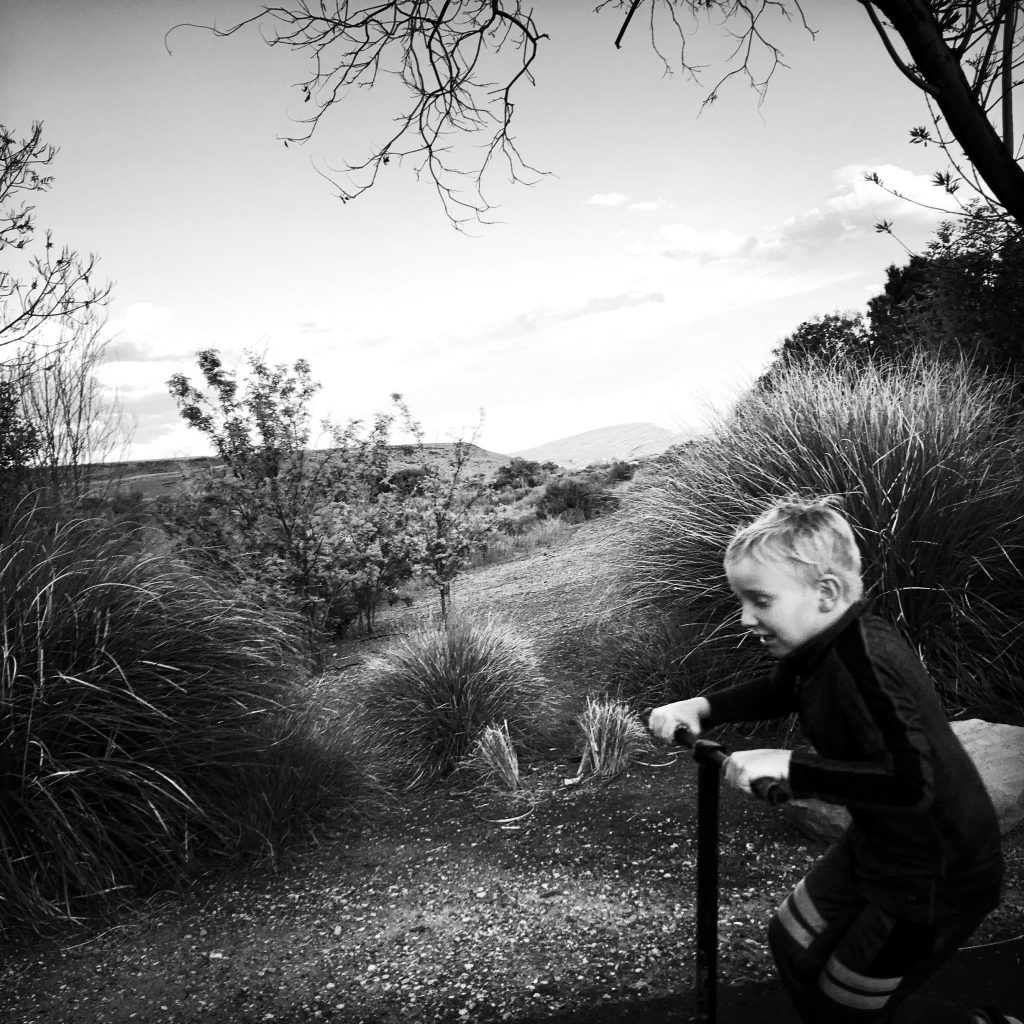 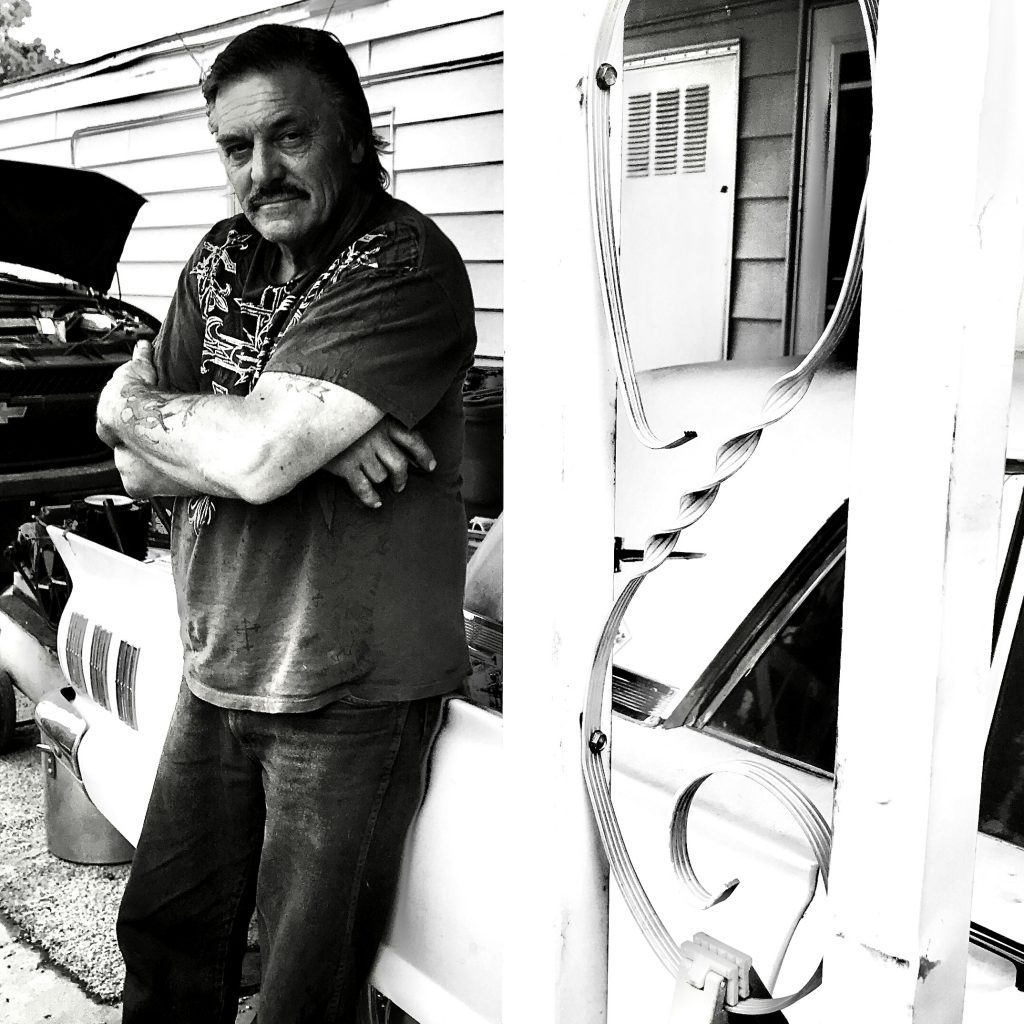 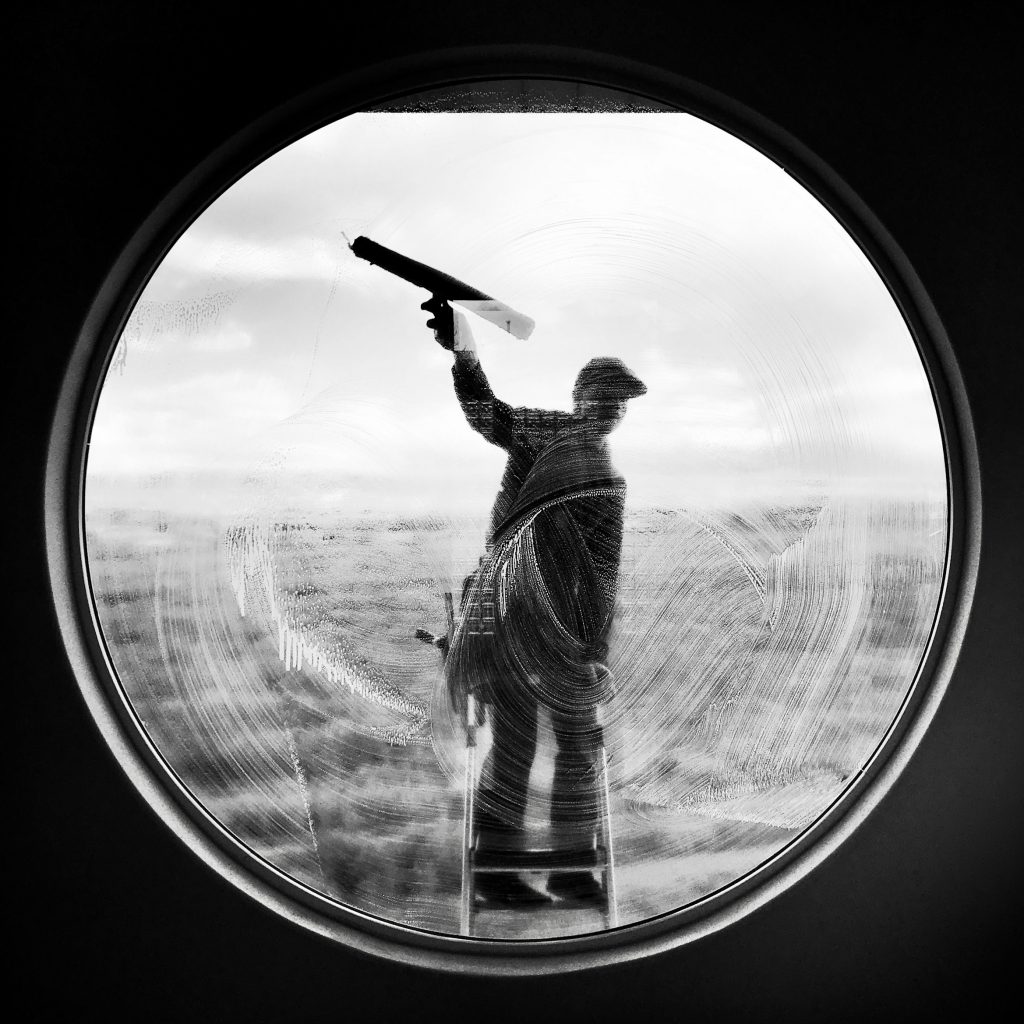 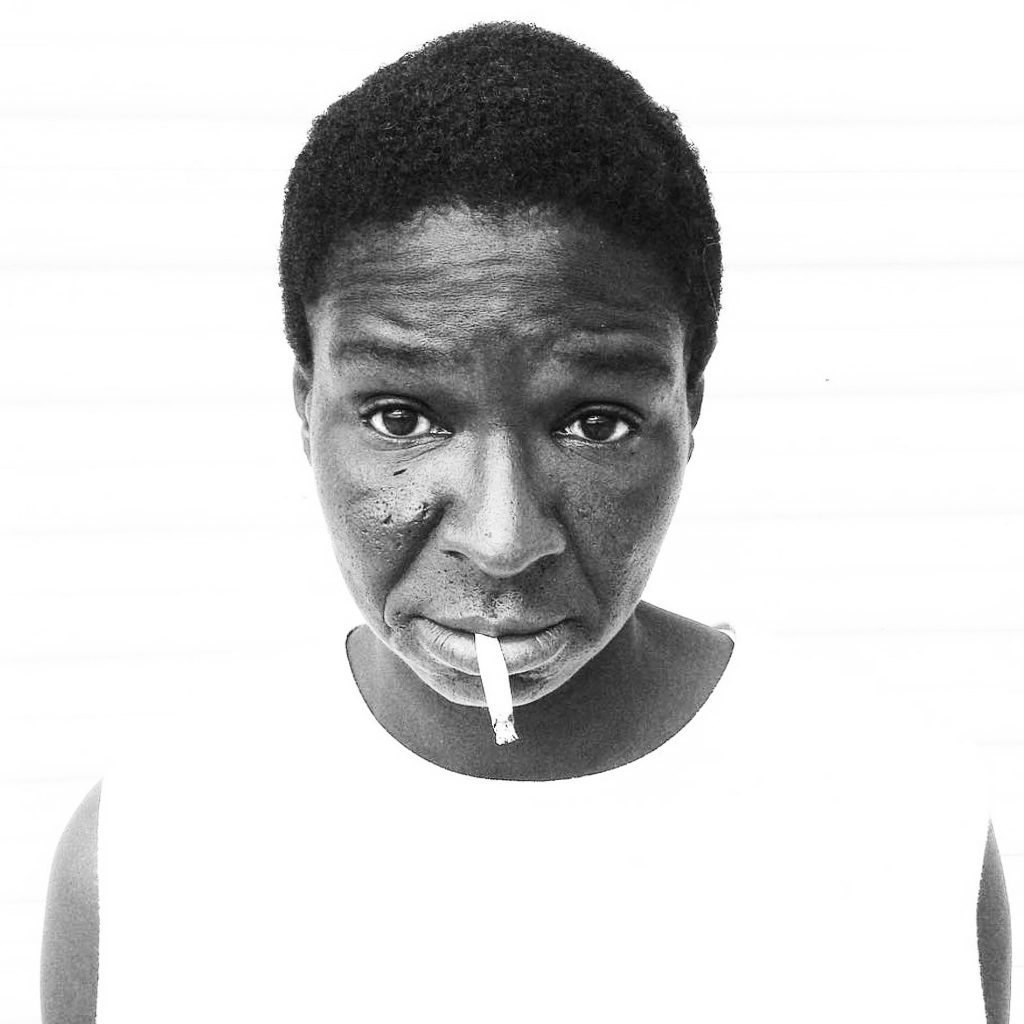