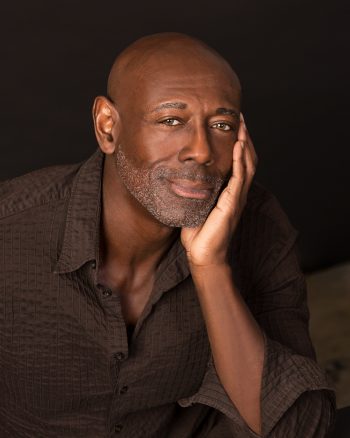 The Utah Shakespeare Festival has announced the hiring of Derek Charles Livingston as director of new play development/artistic associate. In this newly-created position, Livingston will be responsible for re-envisioning and overseeing the Festival’s new play program, Words Cubed, as well as other artistic and senior staff duties.

“I could not be more excited to welcome Derek to the staff of the Festival. His experiences and talents developing new plays, and as an actor and director, will contribute much to the artistry of the Festival,” said Executive Producer Frank Mack. “We have sought to expand our new play development series, Words Cubed, for a long time; and I have never felt more confident in our ability to bring great new stories to stages at the Festival and beyond than I do now that we have Derek’s amazing skills to help lead that work.”

For the past few years, Livingston’s primary artistic work has been as an actor. Las Vegas (where he currently resides) audiences have seen his work in Thurgood, The Pillowman, and The Whipping Man. Last year he was awarded the New Hampshire Drama Award for Leading Actor in a Professional Play for his portrayal of Hoke in Driving Miss Daisy.
Prior to that, Livingston was primarily a theatre director, producer, and new play developer. He served for over four years as the managing artistic director of Los Angeles’s Celebration Theatre (the country’s second oldest, continuously operating LGBT-focused theatre). During that time and after, he produced and/or directed several acclaimed plays and musicals; those productions received over fifty Los Angeles theatre awards or nominations (including acknowledgements for Derek’s directing work on five productions). Later he lived in San Diego where he produced or co-produced a host of new play festivals, helping give life to over forty new plays. For San Diego’s Diversionary Theatre, he directed the award-nominated San Diego premiere of Tru, depicting the life of Truman Capote.

“I am both humbled and excited about the opportunity to serve the Festival as its director of new play development and as an artistic associate,” said Livingston. “To be entrusted by this great institution with stewarding works of new, diverse theatre voices, while simultaneously keeping one of the theatre’s greatest voices alive, is an honor I take very seriously. I am eager to begin this great journey of words and wonder.”

Separate from the arts, Livingston has had an extensive career in social justice work. He served as a case manager to homeless men in recovery, a group facilitator in domestic violence re-education programs, an HIV prevention educator, an executive director of a statewide LGBT political action committee, and one of four national leaders for the 1993 March on Washington for Lesbian, Gay, and Bi Equal Rights and Liberation.

Livingston will begin work at the Festival on April 15.